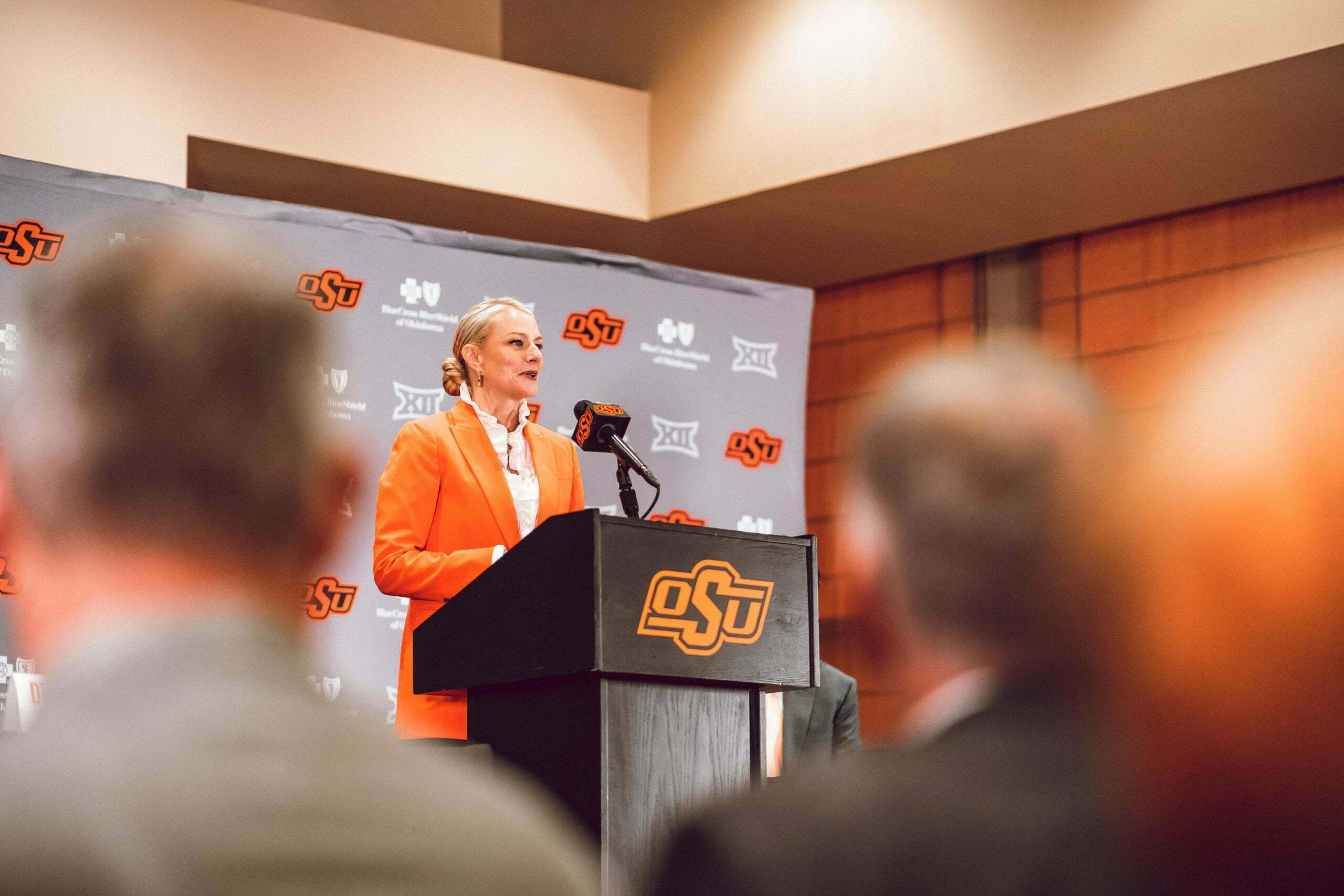 Oklahoma State president, Dr. Kayse Shrum, for a second time this week called out Oklahoma over its maneuvering in the latest round of realignment, this time attacking the school and accusing it of following rival Texas.

Shrum, Oklahoma State’s new president, released a statement Monday after Oklahoma and Texas officially announced they did not intend to renew there media rights agreements with the Big 12. Unlike OU, Texas or the Big 12, OSU’s president wasn’t afraid to mention the SEC.

“Earlier today OU delivered a document to the Big 12 Conference office which indicated they will not sign the grant of rights agreement in 2024-25,” Shrum tweeted. “This action was strategic, deliberate and is the result of months of planning with the SEC. We believe these conversations, which developed over a long period of time, are in clear breach of the bylaws of the Big 12 Conference and broke a bond of trust between our universities in existence for decades.

“It is difficult to understand how an Oklahoma institution of higher education would follow the University of Texas to the detriment of the State of Oklahoma. Nevertheless we are turning our eyes to the future and looking at what is best for Oklahoma State University. Over the last few days, I have received countless phone calls, texts and emails from high-ranking officials and members of the Cowboy family showing their support for OSU as we navigate the road ahead. Regardless of what comes next, OSU is dedicated to the State of Oklahoma. We remain confident [Oklahoma State] is in the strongest position we have ever been in, and I am excited about the future of Oklahoma State University, our land-grant mission, world-class faculty and top-notch athletic programs.”

In a five-tweet span, Shrum called OU a follower to Texas, said OU breached bylaws and promoted the future of Oklahoma State.

This all comes after news leaked Wednesday that OU and Texas enquired about joining the SEC, talks that have reportedly gone on for months. Things have since moved quickly since the leaks, leading to OU and Texas jointly announcing they wouldn’t renew their rights deals with the Big 12 on Monday, but the schools made no mention of the SEC.

This is the second statement Shrum on the issue. On Friday, Shrum called out OU for a “lack of engagement and transparency over the past months on a matter with serious ramifications for our state.”