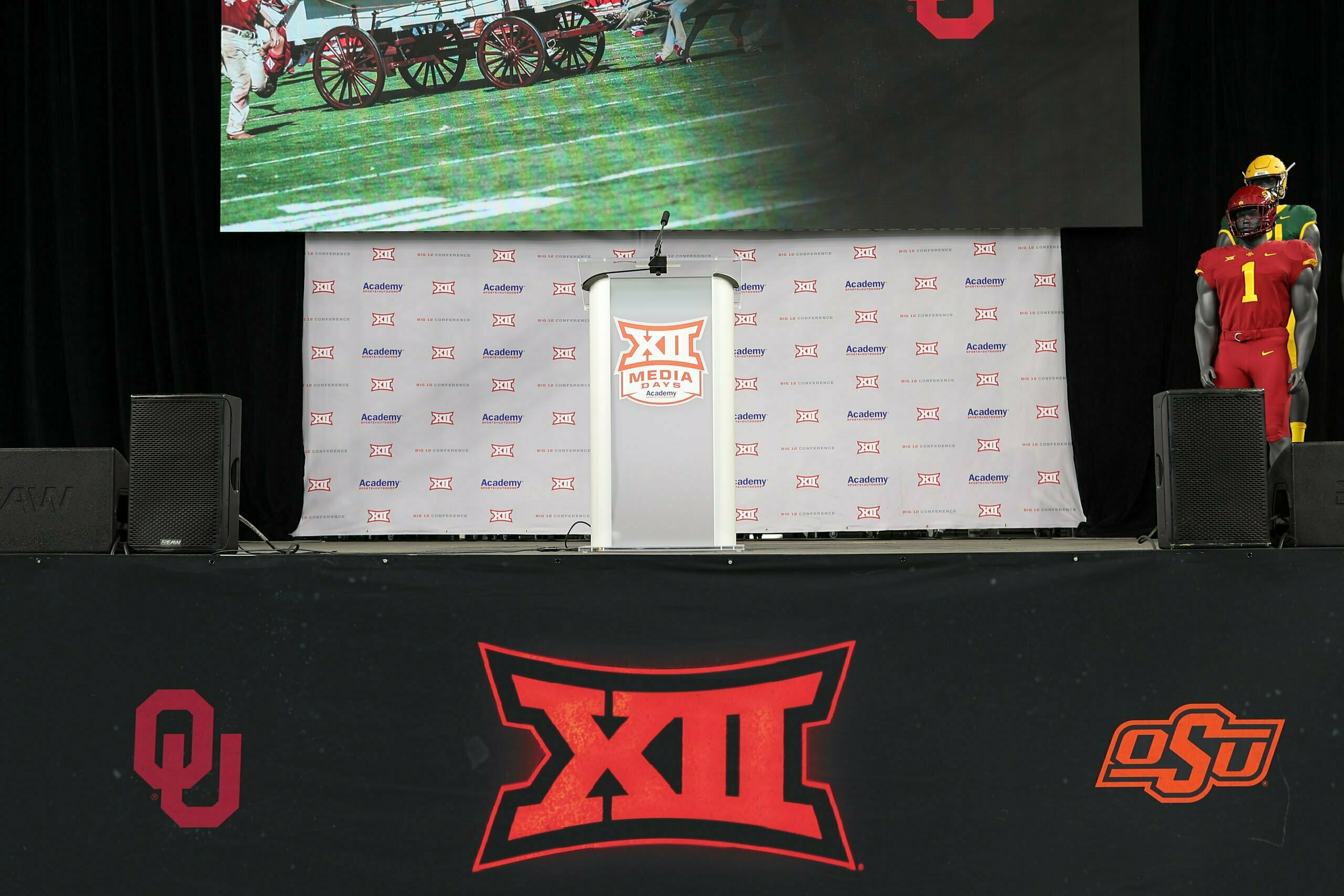 The rumors that caused a firestorm in the latter half of last week became official Monday: Oklahoma and Texas will not renew their grant of media rights with the Big 12.

The two universities put out a joint statement Monday, less than a week after news broke that the two schools inquired about joining the SEC.

“The University of Texas at Austin and The University of Oklahoma notified the Big 12 Athletic Conference today that they will not be renewing their grants of media rights following expiration in 2025,” the statement read. “Providing notice to the Big 12 at this point is important in advance of the expiration of the conference’s current media rights agreement. The universities intend to honor their existing grant of rights agreements. However, both universities will continue to monitor the rapidly evolving collegiate athletics landscape as they consider how best to position their athletics programs for the future.”

The statement made no mention of the SEC, but it is hard to imagine all the smoke pertaining that conference is unwarranted.

It is also interesting the statement said the universities intended to honor the existing agreement that doesn’t end for another four years while leaving the door open with the line, “However, both universities will continue to monitor the rapidly evolving collegiate athletics landscape as they consider how best to position their athletics programs for the future.” All signs have pointed to the schools wanting out well before the current deal ends.

OU and UT met with the Big 12’s executive committee Sunday afternoon. Big 12 commissioner Bob Bowlsby called the meeting “cordial” and that he expected to continue conversations in the days ahead.

According to multiple reports, this plan has been in motion in secret for a while. Brett McMurphy reported it started in “late December/early January.”

It has left the rest of the Big 12 scrambling in the leak’s aftermath. Will the conference be able to continue without its two biggest brands? Will other Power Five conferences scoop up remaining Big 12 schools? All of those questions are, for now, unanswered.