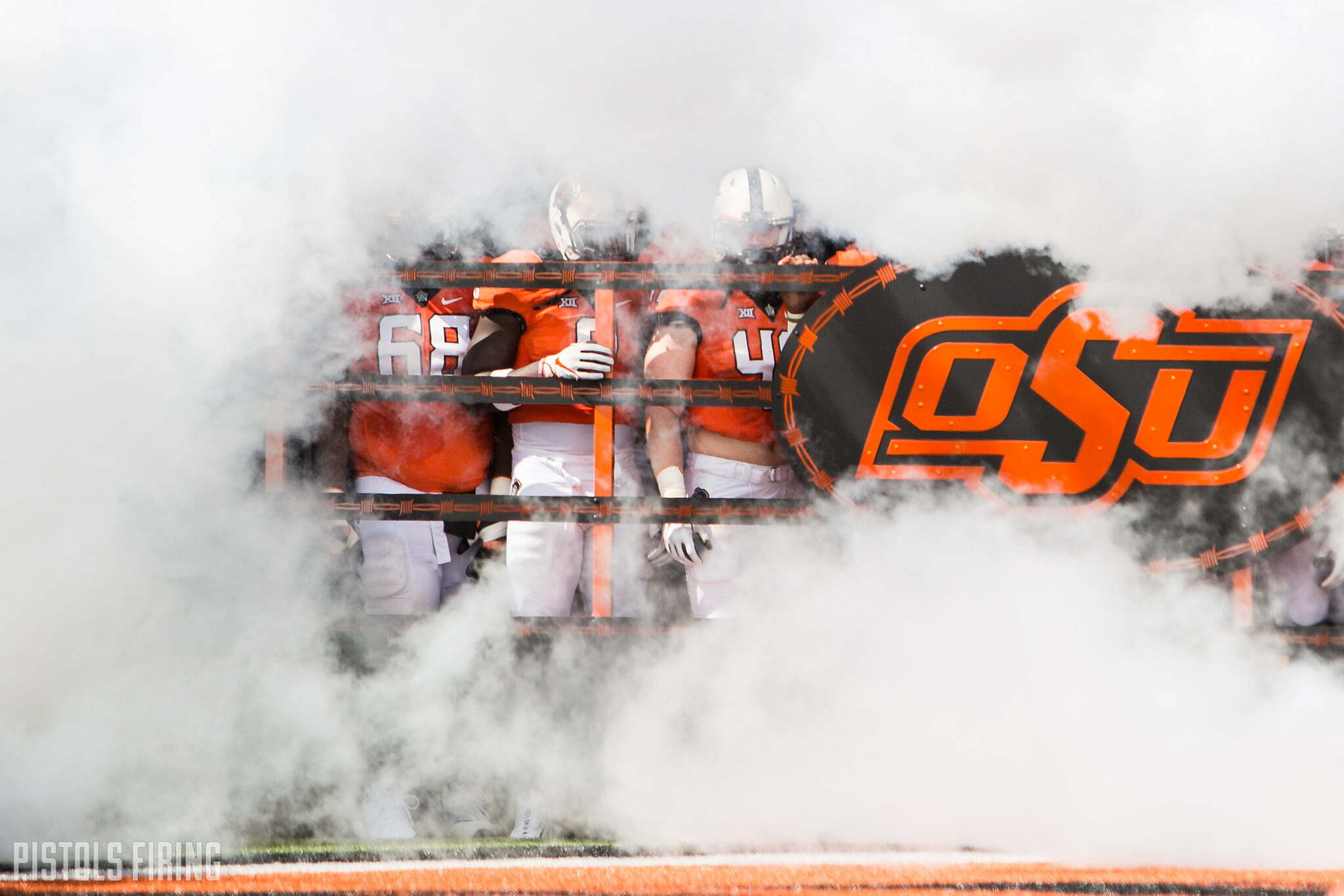 When the news broke on Monday night that Jim Knowles, a Les Miles era defensive end, and a bunch of Mike Yurcich’s old coworkers (probably) were being brought in to reshape the coaching staff, more crickets (or Googling) could be heard than cheers.

This was no Yurcich-bomb, though. ESPN’s Jake Trotter’s released a list last week that included the 52-year-old Philadelphia native, lumped in with a SEC assistant and a couple of Group of Fivers.

But it was still a bit of a surprise, especially considering the fact that Gundy did not assign titles to the new coaches. It was met with skepticism in some circles, but I’m here today to show you around my condo on Jim Knowles Island.

Here’s what Knowles has to bring to the table to move the needle:

…Oklahoma State is definitely one of the more likely teams to win a national championship without hitting the blue-chip ratio. Now that they’ve locked up Mike Gundy on a long-term deal and probably ensured that he retires as the King of Stillwater, much like Bill Snyder in Manhattan, he has the time to work out the missing variables to his formula in pursuit of a title.

The big one is a defensive strategy that can ensure that they are in striking distance in years when the offense is elite. This is a big hire coming up for OSU. [Concerning Sports]

Incremental gains. Ten fewer points per game, an extra few third down stops and the capacity to just slow down the fourth quarter Belmont Stakes that OSU often has to win. You don’t have to be Bama, you just have to be Oregon.

Why assume some basketball school’s defensive coordinator can provide that?

Here are six reasons to buy stock in this hire.

I’ll lead with his top 20 defense this year and explain away the 2016 team to a decimated secondary – Daxx Garman called, he thinks he was healthier in 2014 than Duke was in 2016.

Knowles will be coaching defensive players with talent not constrained by a 13 percent acceptance rate and moving up in the pecking order for athletic 300-pounders. Removing difficult constraints can only help lead to a better output, right?

Let’s not bury the lede too much, this was a Power Five poach job. OSU Marcus Arroyo/Jemal Singleton/Joe Wickline’d another Power Five team that regularly goes bowling (this decade).

Here’s why that’s important: Mike Gundy opted out on taking a chance on a youngin’, a lottery ticket, a hire based on the three-to-five year upside of a coach to land a gettable commodity. The transition from the ACC to the Big 12 will be dramatically less than Sun Belt or American. It’s roughly the difference in Jeff Carroll as a redshirt and Jeff Carroll as a redshirt-sophomore.

It’s a really fun idea to bring in the new, new thing and capture the upside. Find the counterpart to the Lego King and give him the reins. But the problem with that is there’s not 30 years of coaching college defenses mentoring the Young Gun. Mike Gundy needs a broken-in saddle ready to ride with improvements and a system that’s tried and true.

And while we all would have loved the idea of bringing in a Dana-like figure to shape unit for decades to come, there’s a good chance he’s getting paid somewhere… and that somewhere is not $tillwater.

There’s not a lot of reason for this sentiment outside of our interview with a Duke site (sidebar: PFB covers OSU’s wrestling team – a non-revenue sport — more than the bloggersphere writes on the Blue Devils’ football team). Boone did some digging, and Knowles brought more four stars in than Glenn over the past few seasons. The complaints about recruiting may be a bit overplayed when you point back to that 13-percent acceptance number.

And while recruiting is the lifeblood of a team, that’s probably not why he was hired.

I was somewhere near the locomotive on the Chad Glasgow-to-Stillwater train via Fort Worth — OSU alum with a better chance of retention (home), learning for years under Gary Patterson against Big 12 defenses and a DB-heavy defense to counter spreads. Mick Jagger says “you can’t always get what you want, but you get what you need.”

And Knowles delivers on that key last point with his preferred 4-2-5 defense.

This kind of 4-2 quarters scheme is probably the best base defense to play of today’s world of anti-spread, four-down structure. If the DC is looking for something that is simple, sound against anything, and relies more on help defense than individual star play this is a more sturdy structure.

The corners are isolated down the sidelines but they have help inside, the LBs can still play aggressively because of the dual-safety run support, and the nickel focuses on preventing the offense from snatching up found money on the perimeter with throws to the slot. [Football Study Hall]

You’re sold, right? Post-Kevin Peterson/Justin Gilbert, OSU hasn’t had the horses to leave on an island. While the isolation deep down the sidelines is a bit concerning, it seems as if this 4-2-5 will offer more help for the Rodariuses and A.J.s of the world. I’m willing to give up a linebacker for a DB on the field given OSU’s propensity for recruiting great athletes and eventually putting them at DB. This is also a good thing considering OSU was 102nd in the country in passing plays given up of 30+ yards.

Seven of your nine conference games will be against the spread (leave out K-State and Baylor), it’s ideal to have a base defense stocked full of the appropriate actors to face that slate.

Before you hammer me in the comments, I’ll agree with you about a couple of your concerns.

He’s not a sexy hire. You’d rather hire a David Cutcliffe-mentored offensive coordinator than a defensive coordinator. The Saban disciple at South Carolina or the Florida State-bred defensive assistant at Southern Miss have selling points that are attractive. A non-basketball playing Duke employee lacks the panache a pedigree would offer.

The tenth assistant combined with the Knowles hire doesn’t fit perfectly. While theoretically, a young recruiter would complement a Baby Boomer calling plays, adding a defensive line coach is about as smart as me signing up for three basketball leagues with infant twins. There are better and smarter things to do with your resources (like bring back Van Malone to coach all the DBs or Joe DeForrest to coach special teams).

So much of life is about expectations. What were yours for this hire?

Mine was a budget-friendly (roughly anyone below Glenn Spencer on this list), respected figure capable of coaching without Gundy constantly needing to chime in over the headset. A five-star-landing, brilliant program-changer shouldn’t be the expectation. Flaws and holes are expected — inexperience leading to greater risk or a topped-out vet looking for a nice place to work for eight years fits the bill.

So why should you be excited about the stogie-puffing east-coast coordinator from the city of Rocky, the NFL’s second-best defense and Dion Waiters?

Because he’s the defensive CEO that Mike Gundy needs.

When OSU holds a top 10 offense under 30 points, I want to be the first to note: “It’s the Xs and Os and Jimmies (Knowles) and Joes (Bob Clements).”