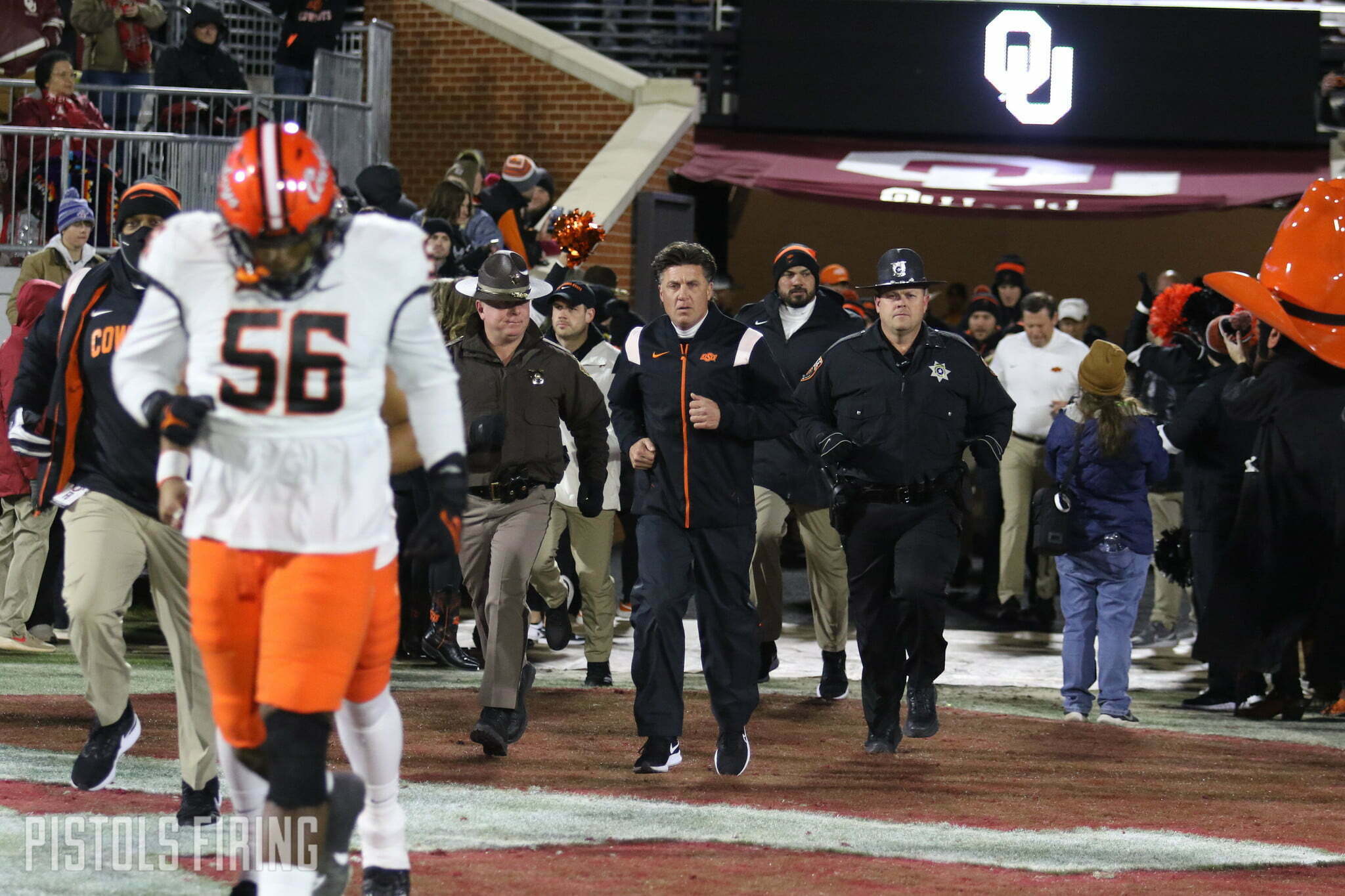 When you fall behind 28-0 to a rival on the road, as Oklahoma State did Saturday night in Norman, you’re probably going to lose.

Falling behind early, though, has been something of an adopted habit this season for the Cowboys in their doomed quest to get back to the Big 12 title game. And as they’ve sputtered down the stretch, it’s brought back familiar trends of Gundy-coached teams of the past.

Here’s a look at how this season has unfolded and how the stretch run of the season has played out eerily similar to those of the past in a little review of the program I’m calling Slow Starts and Sputtering Finishes.

OSU has trailed in four of its last five games at halftime and, unsurprisingly, lost three of those four. The only game it won — against Texas — was a game in which it cut the halftime deficit to single digits after trailing by double digits early. In the other three games it has taken an average halftime deficit of 27.7 points into the second half.

Two of those games — Kansas State and Kansas — turned out to be not competitive. One, against Texas, OSU won. The final game, against OU, got slightly closer but was never really in doubt.

OSU’s slow starts have been even more confounding given how well it has made adjustments within some of these games. It’s almost as if OSU is not prepared early for whatever its opponent throws against it.

If every year it feels like Oklahoma State starts the season strong only to succumb to injuries down the stretch run of the season because it has no depth, then you’re not a crazy person; you are correct.

It has been a pattern under Mike Gundy in Big 12 play that OSU’s depth — or lack thereof — is exposed as the season wears on and as injuries inevitably pop up. This season is one of the most glaring examples of that — OSU has lost three of its last four games in league play and may only improve to a 2-3 record to close out league play — but it’s far from the first time it has happened. Here’s a look back at other years in which OSU has stumbled to the finish line.

There is of course some nuance here to consider here — some injuries weigh more heavily on a team than others — but the point remains that OSU frequently sputters instead of surges as the season nears an end in Big 12 play.

So what to make of it?

Almost every late-season struggle over the years can be chalked up to offensive line or quarterback injuries. This year it’s both. In 2015 it was both. In 2014 it was definitely both.

It’s a pattern of failing to develop depth and of failing to properly recruit quality depth. Every Big 12 program has good starters and OSU’s starters are among the best every year. But when it gets to second and third on the depth chart, OSU loses pace with the rest of the league. It just has not recruited at a level that others in the Big 12 have recruited. Here, for example, is where OSU has finished in the recruiting rankings among Big 12 teams in the last decade.

You can win a lot of football games even recruiting at an average level in the Big 12. And, to be fair, recruiting rankings aren’t everything. But eventually that catches up with you. If you’re consistently being outrecruited in the league you can’t expect to consistently win the league. Since 2011 OSU has finished with roughly the fifth-best class in the Big 12 (accounting for 2023, which ranks ninth in the Big 12 but remains unfinished). You can talk scheme problems, coaching issues, conservative playcalling all you want, but if you don’t have talent near the top of the conference it sure makes finishing atop the conference harder.