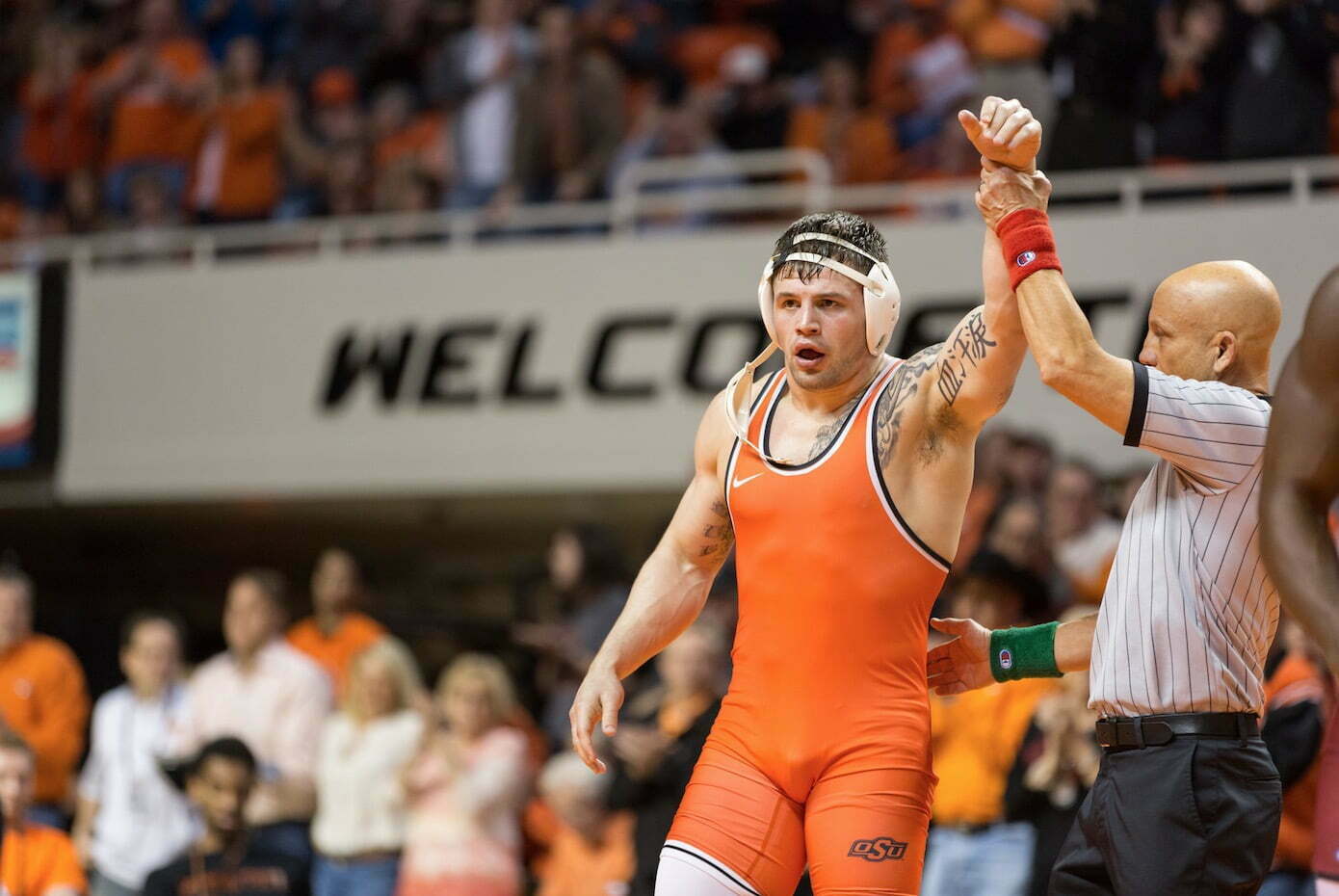 Coach John Smith has endorsed the idea for years.

The NCAA Wrestling National Championships is in a tournament format. There are 12 wrestlers in every class, and the placement finishes earn different point values that add to the team total.

Smith said he would like to settle the national champion through a playoff-type series of dual meets, and that doesn’t come as a surprise, particularly this season. The Oklahoma State wrestling team went undefeated in regular-season dual meets and is No. 1 in the nation. He said there is no question that’s their strongest suit.

The Cowboys haven’t won a tournament-style national championship since 2006.

“I think we’re maybe laying some type of groundwork with these kinds of meets that maybe we turn the NCAA champion into a dual meet championship,” Smith said. “People like dual meets, not that they don’t like tournaments, but duals are exciting.”

With No. 2 Penn State coming to Gallagher-Iba Arena at 3 p.m. Sunday, this would be the regular-season equivalent of a national championship. Only OSU and Penn State are undefeated this season, and third-ranked Iowa has lost twice.

“Both teams got balance from 25 to heavyweight,” Smith said. “We’re putting someone out who’s pretty competitive at every weight, and that gives you the strength to be able to go 14-0 in dual meets. To beat a team like us or Penn State, it seemed like you needed a couple of upsets, maybe three upsets.”

The meeting is part of the National Wrestling Coaches Association Bowl Series, and there are six other top-25 duals happening throughout the weekend, including sixth-ranked Nebraska at No. 5 Virginia Tech.

“I think we continue to focus and make them important, dual meet championships, because in the future, it may be the NCAA Championship,” Smith said.

Smith said the approach is completely different when competing in a tournament.

“Duals are fun,” Crutchmer said. “If you take it too serious, you forget to have fun with it. Tournaments are more of a serious deal. You go there to win those things. I’m not saying you don’t go to win duals, but duals, you try to put on a show for the fans and let the spectators into it.”

Sunday’s dual won’t have a significant impact on the Cowboys’ postseason, and the regular season is complete, but Smith said No. 1 vs. No. 2 should be important no matter when it is.

“Any time you compete for anything with ‘National’ in front of it, it’s nice,” Crutchmer said. “We’re trying to win everything we can win.”