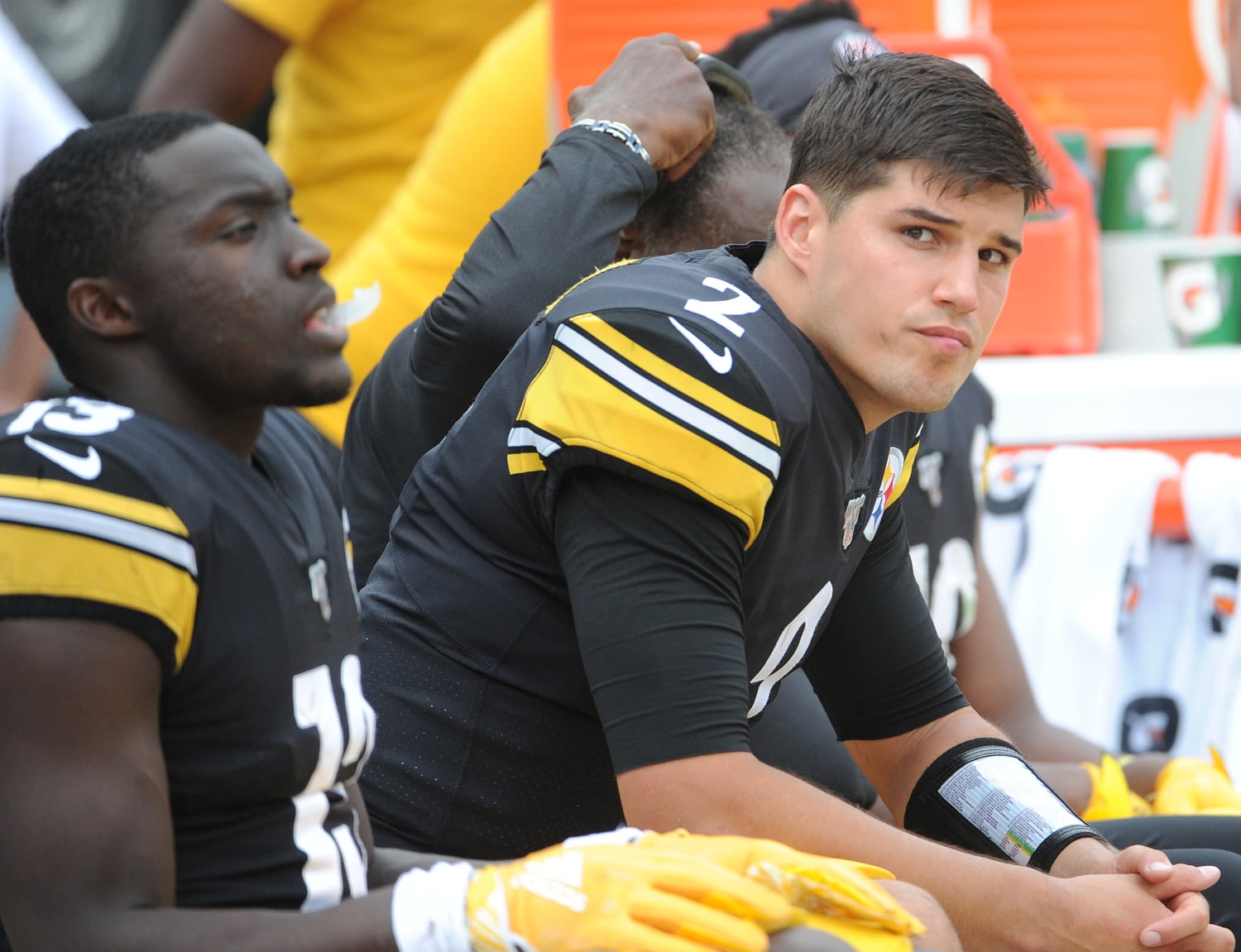 The biggest news coming out of the NFL on Monday — and maybe the story of the year as far as Pro Pokes are concerned — is that Pittsburgh Steelers QB Ben Roethlisberger is done for the year. It appears that it will be the Mason Rudolph Show going forward.

Rudolph did yeoman’s work during the offseason, through fall camp and the preseason to usurp Josh Dobbs as Ben Roethlisberger’s backup, putting him right where he wanted to be — one play away.

That play happened on Sunday and Rudolph spelled the injured Roethlisberger admirably, slinging it for 112 yards and two touchdowns. The one black mark on his pro debut was the interception that resulted from a drop by veteran wide receiver Donte Moncrief.

Let’s take a look at what his teammates, the media and Steelers fans are saying about the start of the Mason Rudolph era.

Inside the Locker Room

Rudolph impressed one of the big guys up front in his first taste of NFL action.

“He handled himself really well,” Steelers guard David DeCastro told Steelers.com. “I was actually proud of him, how he came in ready to go, knew the playbook, had a big command, was mixing up the cadences, too.

“That was impressive. I wish we could have got a win for him.”

“It’s a lot that changes with a new quarterback, young quarterback, but I think he came in and did good,” said Samuels. “He came in the second half, he was poised and he was confident. That’s the main thing, being confident at quarterback, trusting each other, trusting in your teammates and I think that’s what he did.

“He converted a big third down for us, made a couple big passes for us and I think he did pretty good for his first game.”

Rudolph said Roethlisberger provided him feedback on the sideline throughout the game.

“We were talking on the sidelines in between drives, what he saw and what I saw and just kind of comparing notes,” Rudolph said. “We’ll figure it out, I have no idea. We just lost, gotta play better as a team, myself included. We’ll all find out what happens moving forward.”

the orderlies have restrained both of my hands to prevent me from sharing my The Steelers are Better with Mason Rudolph take. Luckily my phone has speech to text

For the long haul, Mason Rudolph will end up being a better NFL quarterback than Baker Mayfield.

I said this when both were in college and feel even better about it now.

Most young QBs in the NFL fail because they are not put in positions to succeed but this is not the case for Mason Rudolph:
– Elite OLine
– JuJu and former college teammate James Washington to throw to
– James Conner in the backfield
Rudolph has everything he could ask for.

Big Ben is out for the season.

It's the Mason Rudolph Show in Pittsburgh now.

since today is Mason Rudolph Day (I guess), here's a fun fact

On that team, Grier was the QB and Rudolph was … a cornerback

Sitting down to watch Mason Rudolph #tape and LOOK AT THAT CHEEKY WINK BEFORE HIS FIRST EVER NFL SNAP.

Steelers will be fine. pic.twitter.com/rWiObcko9j

I’d be lying if I said I wasn’t excited about the Mason Rudolph era. #Steelers pic.twitter.com/rRTLVzroyt

Dez even chimed in, expressing confidence in his fellow former Cowboy.

He’s a beast.. I’m not being biased he will step up and win the Steelers a lot of games… when you watch him play you can see he’s built for it https://t.co/11RKLNn88I

A double dosage this season of Baker Mayfield vs. Mason Rudolph.