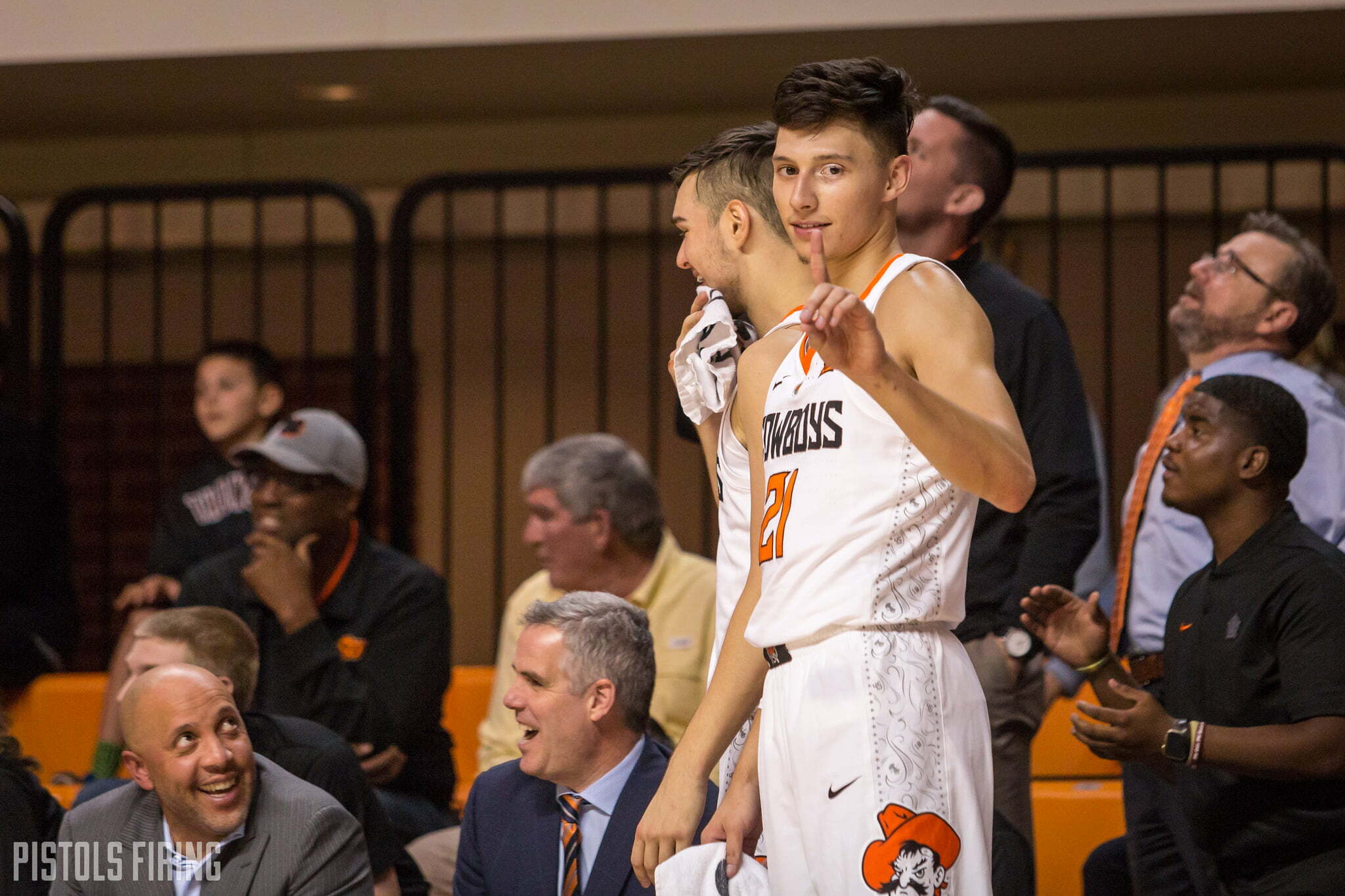 Oklahoma State ended an odd 2018 season with a loss to TCU Saturday. While fans await the Cowboys’ bowl destination, its time to turn your attention to the basketball program, as Mike Boynton led this team to a 2–1 record at the Advocare Invitational, including a win over 19th-ranked LSU Sunday afternoon.

The Crime Dog is on a tear this year. Averaging nearly 17 points per game and making shots like this.

Not sure what this was, but it went in and looked cool #okstate pic.twitter.com/LOwhGVfT9j

Yor Anei impressed in Orlando. His presence was felt on the court, and missed when he was on the bench.

Yor Anei had 12 points and 6 blocks for #okstate today. It was my first chance getting to see him play extensively and I learned he only has 3 fingers on his right hand. He totally dominated Memphis today. Super impressive. pic.twitter.com/SrJVBapdwx

Some more love for Yor.

Yesterday @yor_anei swatted an OSU freshman record 6 shots and was silky smooth on the offensive end as well. More of this at 10:30 a.m. on @espn. #c2e #okstate pic.twitter.com/yFEIx4GTqo

Give Boynton a mic any chance you get. He shines.

Listen to what @thacoachmike had to say to the Cowboys after the win. #c2e #okstate pic.twitter.com/dGmRLc2odC

A lot to like about this @OSUMBB team. Tough minded & resilient, selfless, and Committed. We wanted a championship this weekend and fell short, but we are getting close. GET. ON. BOARD… NOW. Game ball to @_Issaaac. Way to bounce back kid. #C2E

Some national media members are buying stock in the Pokes.

If @OSUMBB is pre-season No. 10 in @Big12Conference, league will be strong once again. Hard to quantify how well @thacoachmike is building this Cowboys program. Quality wins @AdvoCareInv.

Dick Vitale: "I gotta better chance of growing hair than (OSU) finishing last (in the Big 12)."

The Pokes won’t finish last in the conference. But man, the Big 12 is brutal. Getting to nine wins would be a feat.

Oklahoma State was picked last in the preseason Big 12 poll but just beat Memphis by 20 and LSU by 13 to finish third in the AdvoCare Invitational. Speaks to the strength of the Big 12 that a team capable of doing that was picked last.

What Mike Boynton has put together in a short amount of time is super impressive. I'll guarantee you this, OSU won't finish anywhere near where they were picked in the Big 12 preseason poll.

Here in Plano to see Avery Anderson and @thacoachmike is here too ? pic.twitter.com/T3ddjb1r8N

Looks like OSU will be in the Preseason NIT in 2019.

Sources: Syracuse, Oklahoma State, and Ole Miss will highlight the 2019 Preseason NIT. Event is still searching for a fourth team to fill out the field.

Oklahoma State unbelievably went just 3-5 as a favorite this season, but 3-1 outright as an underdog (1-point Bedlam loss only defeat). Cowboys the most enigmatic team in the country this year.

Get your ? ready. It's gonna be a show. #okstate #GoPokes pic.twitter.com/L0838EiBol

Kliff Kingsbury was let go from Tech this week.

.@ccarson_32 flipped off the hurdle ?

Another look for you.