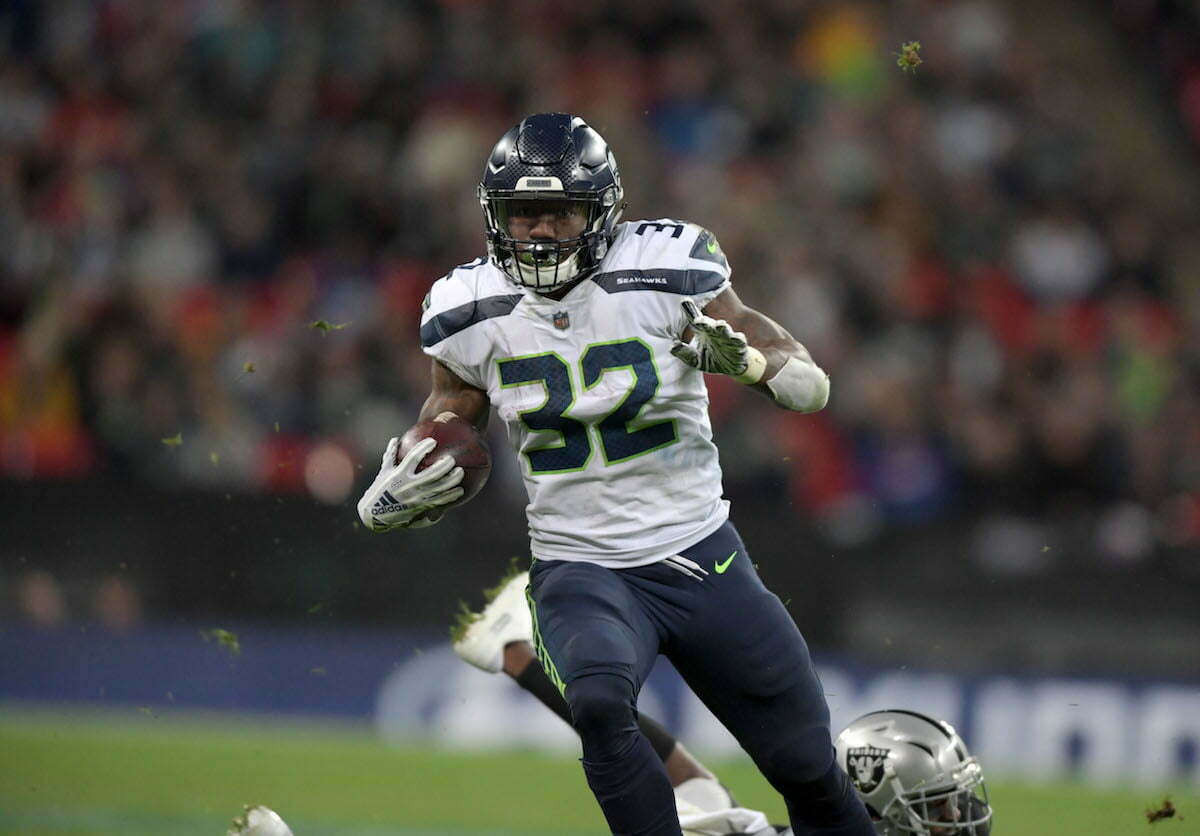 Chris Carson’s sophomore season with the Seattle Seahawks has been slowed by various injuries, but when he’s been healthy, Pete Carroll and Co. have featured the former OSU star in its offense.

Despite drafting a running back in the first round of the 2018 NFL Draft, Carson has been a cut above the other options with his explosive first step, aggressive run style and unmatched toughness that has earned him a reputation as a fan favorite with the Seahawks.

The most recent example of Carson’s physical gifts Sunday came in throwback form, as the former OSU running back who hurdled often in Stillwater again went up — and somehow, OVER — a defender and managed to land on his feet by literally doing a front flip.

The Seahawks needed every bit of Carson’s heroics on Sunday against the Panthers, squeezing out a team-high 16 carries for 55 yards rushing and a score from the second-year pro. Seattle desperately needed the win to stay in the hunt for a spot in the Wild Card race, and with Carson leading the charge they improved to 6-5 and remain squarely in the mix to keep their postseason berth alive.