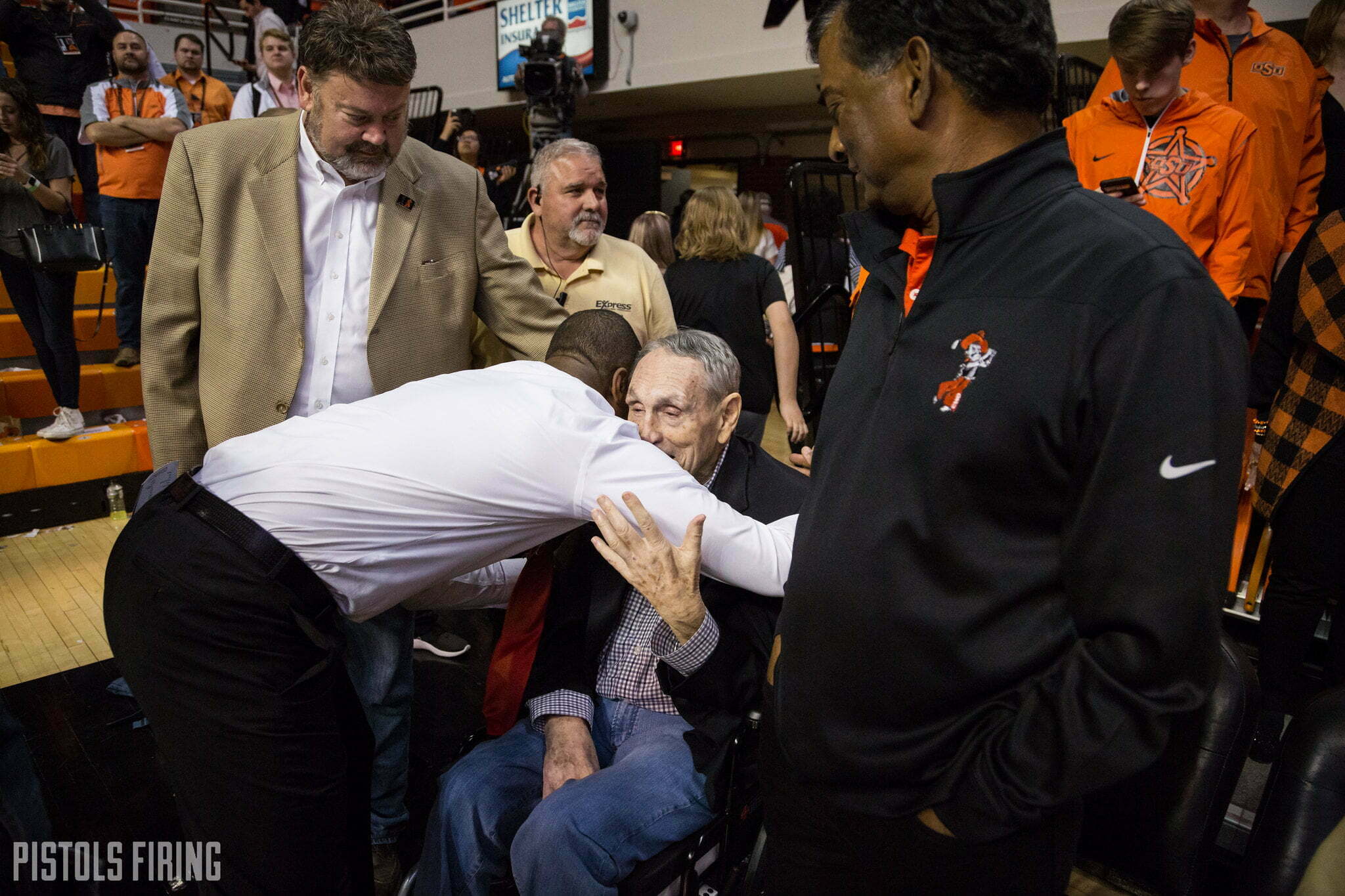 At the age of 84, and after being named a finalist six times before, Eddie Sutton will finally be enshrined in the Naismith Basketball Hall of Fame.

Countless former players, colleagues and friends went to social media to voice the elation. Here are some of the highlights.

First let’s hear from some of his former players.

CONGRATS TO “MY COACH, THE COACH & A TRUE COWBOY”! – LONG LIVE THE LEGEND – LOOKS LIKE I DON’T HAVE TO HAVE THIS MADE! MY COACH FINALLY MADE IT!!! BOUT TIME , I LOVE YOU COACH!!! ncaa #EDDIEhof #eddiesutton #gopokes… https://t.co/r9BnLZLkZi

I don’t care how long it took, this man deserves his recognition. One of my favorite first arguments with coach went like this “Coach are we forcing the ball to the baseline or the middle” Coach “Neither” Me “Yeah but where is the help” Coach” Guard your man or help me Coach!” pic.twitter.com/6YA3T9ZyLq

My college coach Eddie Sutton has been elected to the Naismith Basketball Hall of Fame. I could cry.

First tweet in a long time. So excited Coach Sutton got inducted into the Naismith Basketball Hall Of Fame. Can’t even begin to describe what he did for me as a basketball player and a person. So happy for you Coach!

Even a former Bedlam rival shared his congratulations.

“You have some very special parents and I hope you appreciate them. Being a parent today in our society is not easy.” Love you Coach Sutton! Congrats to you & @OSUMBB #puteddiein pic.twitter.com/SLjNnkcKnU

Several former coaching colleagues and the brass of college basketball chimed in.

Jumping with Joy : finally EDDIE SUTTON elected to the @Hoophall HALL OF FAME / so happy for Eddie & his family !

Congrats to a great coach, Eddie Sutton, on his HOF honor. Guys that should already been in; Bob Huggins, one of the best of all time, Billy Donovan, back to back championships, and 2 time national champion Jay Wright!

Those who have strolled the sideline of the court that holds Eddie’s name shared their support. Mike Boynton, as he often does, had some poignant words to say about Sutton’s legacy.

“This is just validation of what we all know, that Eddie Sutton is one of the greatest coaches in the history of the game,” @thacoachmike.#LetsWork I #GoPokes pic.twitter.com/cmrImfb9tA

3 years ago, he told me he believed in me (and to “play defense”). That’s all I needed. So thankful to carry his torch forward and happy he has his rightful title, officially. Congrats Coach. This program and its standards will always be YOURS. #EddieIsIn #GoPokes #CowboysForever pic.twitter.com/5uSjdb3S6L

Congratulations to Eddie Sutton on being inducted into the Naismith Basketball Hall of Fame! 🏀🏆

What a well-deserving coach and a great person. Extremely happy for him and his family!

Congrats to coach Eddie Sutton for being elected to Basketball Hall of Fame! Much deserved…one the greatest to ever coach college basketball, true teacher of the game!!