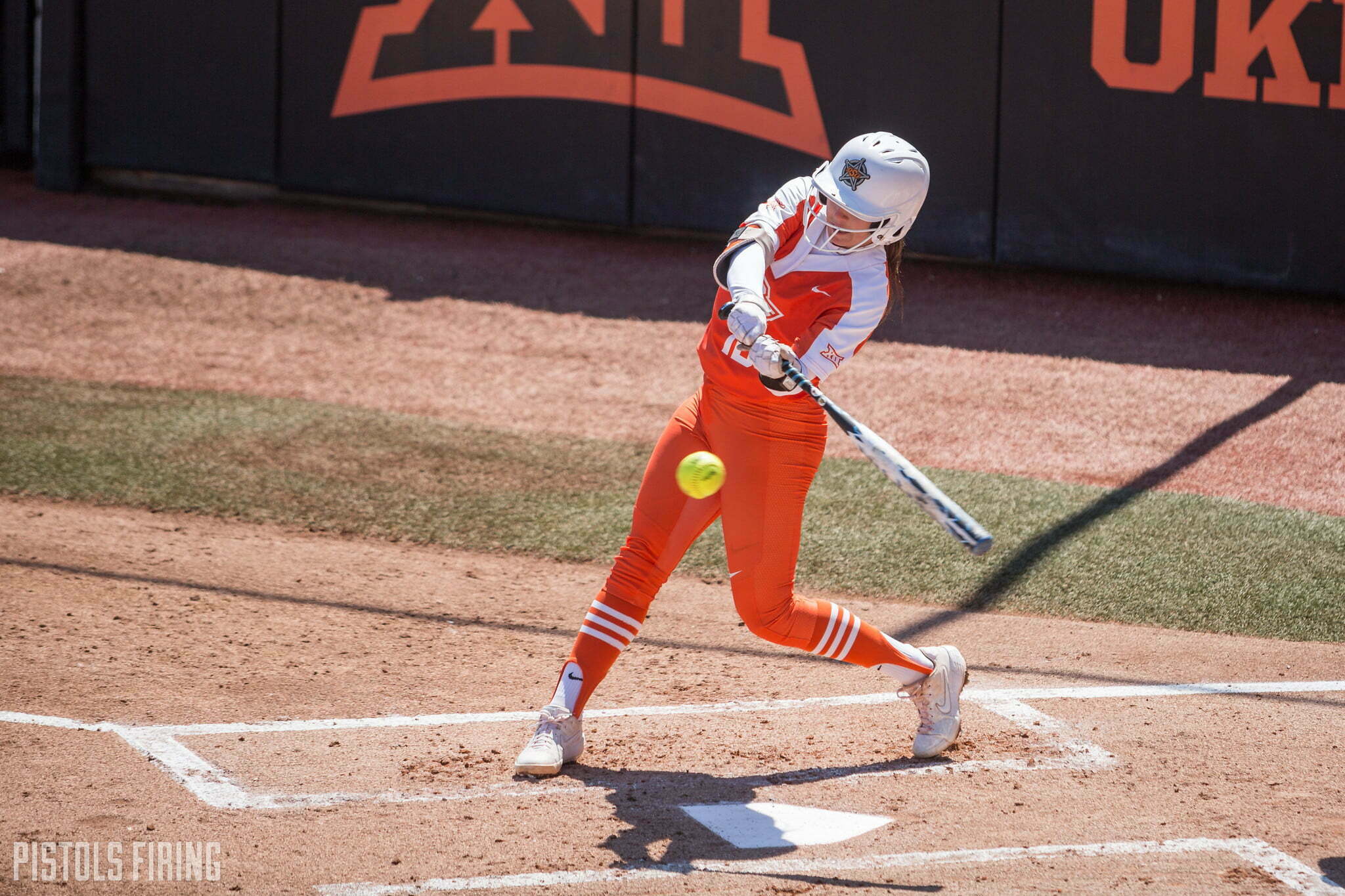 STILLWATER — There was a buzz about the little stretch of Knoblock Street that houses Allie P. Reynolds and Cowgirl stadiums Tuesday, as Oklahoma State is prepared for a big weekend at its ballparks.

For the first time this millennium, the OSU softball team is hosting an NCAA Regional. Kenny Gajewski met with the media Tuesday to discuss his team heading into the weekend. You can watch his entire interview here. Here are some of the highlights.

The Houston Invitational was the Cowgirls’ first event of the season, and a moment from that event sticks out to Gajewski in mid-May.

It was the Cowgirls’ final game of the event against then-No. 13 Kentucky. The Wildcats led 5-0 in the middle of the fourth inning when OSU started its comeback.

OSU was down 7-4 in the bottom of the seventh when Rylee Bayless hit a two-run home run to pull to within a run.

After a Madi Sue Montgomery single, Sydney Springfield hit a walk-off home run to left field. That home run set the tone for what would be a year of clutch hitting for the Cowgirls. OSU has played in 11 games this season that were decided by a single run, and the Cowgirls are 7-4 in those scenarios.

“I think it was the last building moment for us,” Gajewsky said. “That’s one of the things we hadn’t done here was have a walk-off, big-time home run like that. We had some moments where we came back and won, but that was a big moment for us against a top-10 team at the time. That gave me some good feelings about, ‘OK, we’ve finally taken that step.'”

Cowgirl Stadium’s capacity is 750, but there will likely be plenty more than that lined around all the fences this weekend.

It’ll have been 7,670 days since the OSU softball team hosted a regional game, an advantage that can’t be understated.

“The advantage is playing at home, in your own bed, used to the weather, whatever it is.” Gajewski said. “You’re used to your own fans. It’s nice to hear the familiar PA announce your name. There’s a comfort. All that stuff just plays in. It’s normal. Anytime you can continue the normalcy of your daily life, it’s a help.”

The Cowgirl softball crowd has grown quite rowdy, spilling out to behind the outfield fences despite there not being bleachers out there.

Sydney Springfield knows a thing or two about high-level softball. Springfield transferred to OSU from LSU, where Tiger Park has a listed seating capacity of 2,671. With that said, Springfield said Stillwater is just different.

“I played at Tiger Park, and it was a big stadium, but nothing compares to what it is here,” Springfield said. “The fans are into it, everyone’s excited. Every single pitch, every moment, every second, the fans are in it, and it’s amazing.”

Through playing Tulsa twice this season and sharing common opponents with Arkansas, Gajewski said his staff has seen a good chunk of film on those two this season, but the biggest unknown when the regional bracket was announced was BYU, OSU’s first opponent.

Gajuewski has said all year that the next game is the most important, and that hasn’t changed heading into the regional. Gajewski said he started cracking into the Cougars film since the draw.

“They are a team that is a great example of consistency,” Gajewski said. “They win their league every year. They’re solid in the circle. They’ve got a couple of hitters that have had some nice years. They know how to play. They know how to win.”

Gajewski said he doesn’t want his team to get too caught up on focusing on the other team, though, but he rather wants his team to continue to focus inward.

“We’re going to continue to do what we do, and that’s focus on us,” Gajewski said. “Make sure our kids are ready to play and preform and be well enough versed on them that we can help our kids. But we’re not gonna overindulge with too much information. I think when you do that, you take away from what got you here and that’s just play and play well.”