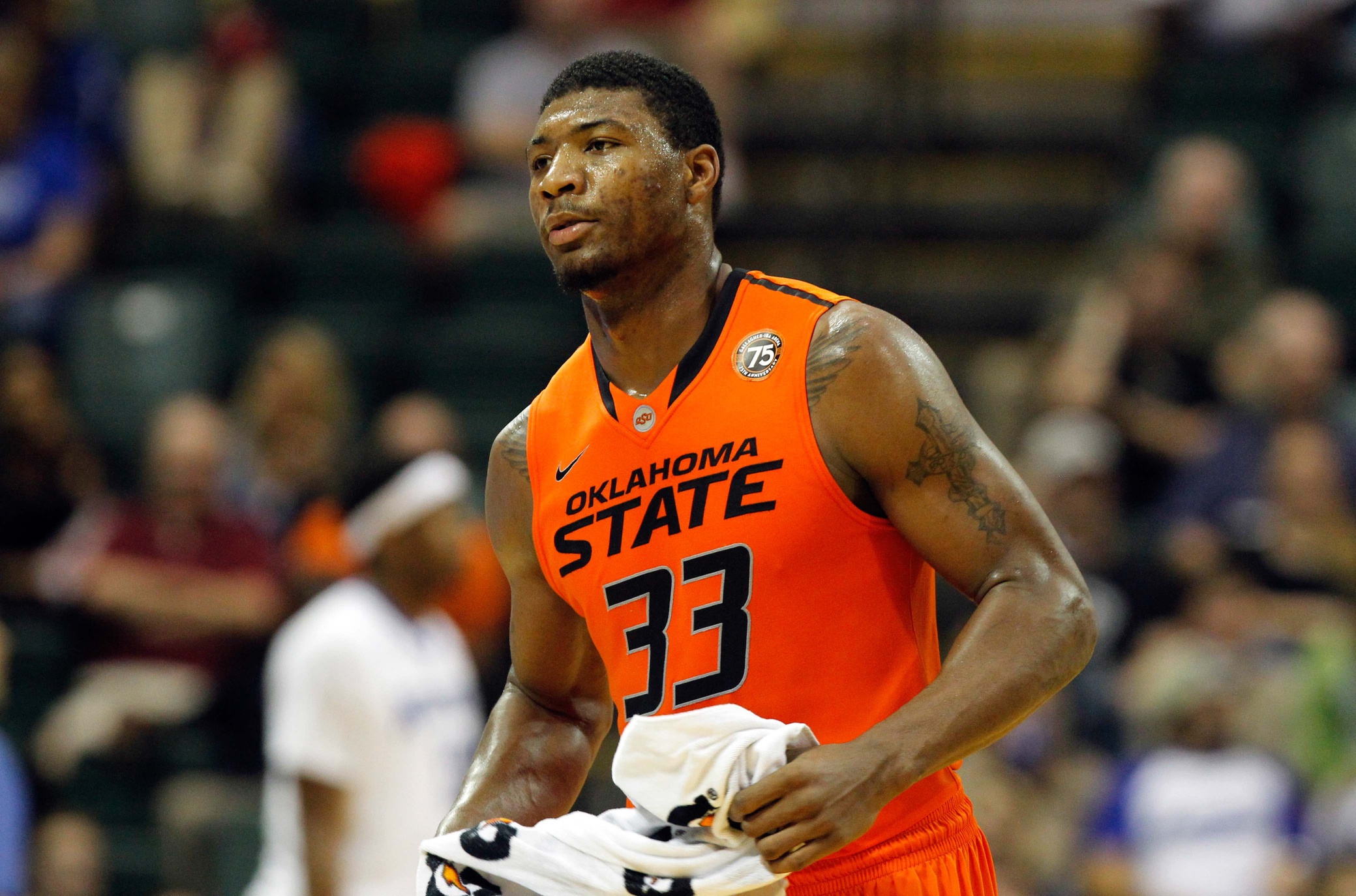 The new year is upon us which means it’s time to make some predictions that are sure to be incorrect about 2014. Here are mine…

Mason Rudolph starts more games than JW Walsh — I haven’t seen much but I’ve been impressed so far. He has the demeanor, the knowledge of the system, and (apparently) the arm. I don’t really see the downside to rolling with him just like you did with Lunt in 2012 even though I think No. 4 will start against FSU but end the year as a backup.[1. If he doesn’t die in the FSU game.]

Marcus Smart is not a top 10 pick — This will be interesting. I think a lot of scouts wanted to see him start to shoot it better and so far he hasn’t. He doesn’t do one thing exceptionally well even though he’s pretty great at everything. I know he’ll interview well but if OSU loses early in the tourney again and he plays badly….

OSU keeps both its coordinators for the first time in forever — Yurcich isn’t going anywhere (to the chagrin of many) and I think teams will want to see what Spencer does without his elite group of seniors.

A second-round loss in the NCAA tournament — I want to be wrong about this so badly but this has all the makings of ending badly. I can see some obscure 7’0″ prospect from Boise St. dropping 36-19 on us in the second round even though Ford’s NCAA tourney win total doubles in the process. Please, basketball gods, don’t let it end like this.

Baseball makes the super regional but loses — Josh Holliday has things cranking again and this is going to be one of the Big 12’s best teams. I don’t know if it’s good enough to get to Omaha but I think it can get pretty close.

Josh Stewart declares for the draft — I just have a feeling.

Le’Bryan Nash declares for the draft — Can you imagine if Smart, Markel, and Nash all get drafted AND Ford can’t get them to the Sweet 16? My gosh..

Brandon Sheperd is the breakout star of 2014 — Seales, Ateman, Peterson, and Childs are the obvious choices but I think Sheperd has the makings of a star.

OSU adds a throwback football uniform — It’s mind-boggling that this hasn’t happened yet. I’m putting it on here more out of wishful thinking than anything else. The additions this year (new white helmet, new orange helmet) were positive but we need to keep re-inventing.

Brandon Weeden finds work as a backup on a contender — The Browns are clearly going in a different direction. I think he gets cut and lands with somebody smart like Green Bay or Seattle. Again, I’m not rational about any of this, but you’ll never convince me that Weeden can’t at least be a stellar backup in the right situation.

The SI investigation comes up empty — OSU gets reprimanded for not having a real drug counselor and loses a couple of scholarships and we all move on with our lives.

Nothing gets as many hits on PFB as the Gundy/SI video — Pretty bold considering we have 359 days left but nothing all year will touch it. It more than doubled the uniform post from 2011.