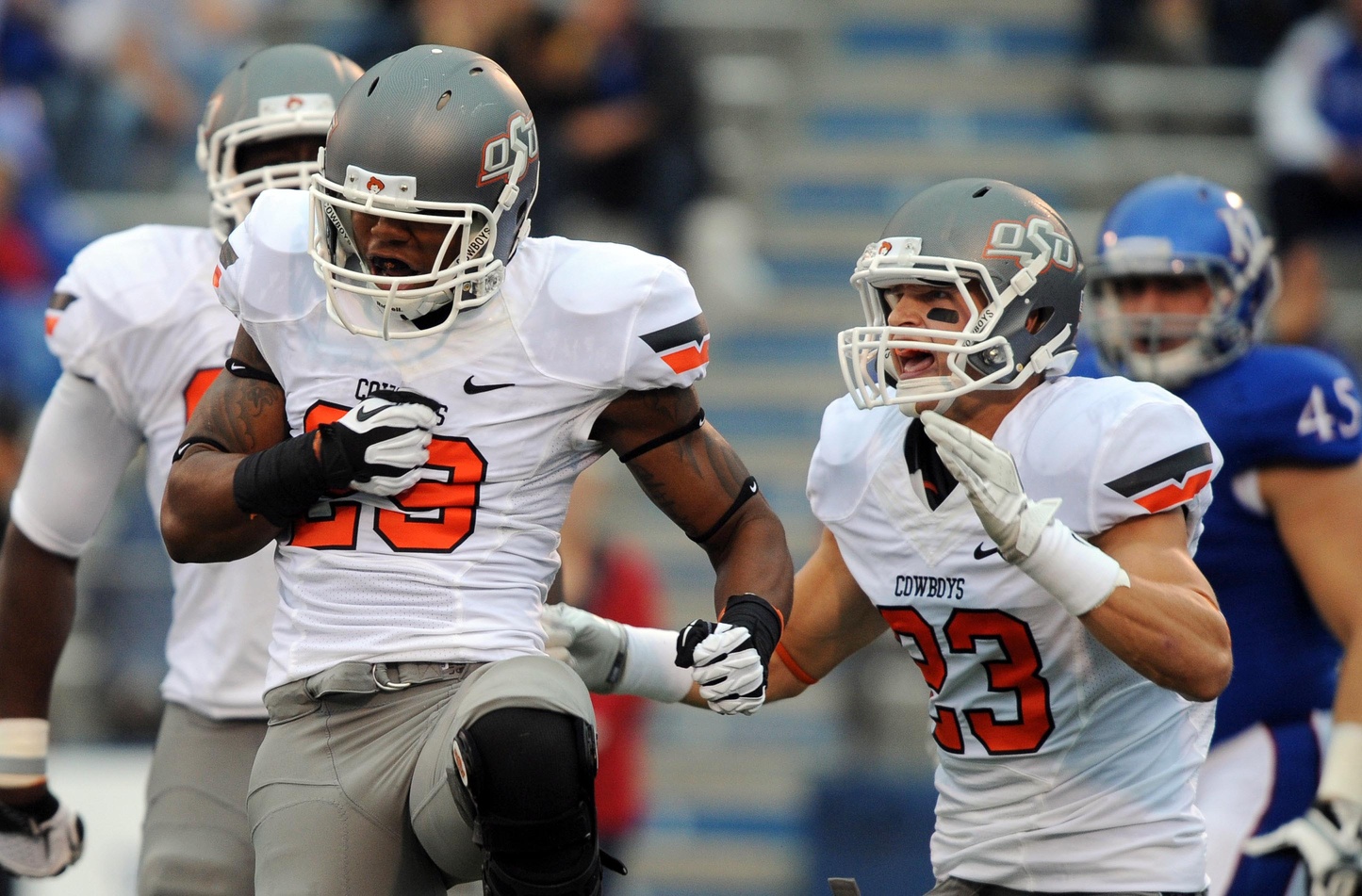 Here are a few things people (including me) noticed when I was ranking the OSU football uniforms leading up to the season:[1. If you haven’t noticed yet uniform posts are going to be an ongoing thing this year.]

• This one was from my dad: How about an alternate black helmet where the brand is in white and outlined in orange. Like the inverse of the alternate white helmet[1. I’m in on that.]

• Everybody is in on this one: change the brand on the orange helmet to black. It’s a no-brainer, the easiest thing they can do to improve the overall look.

• On the black pants the gray stripe could be changed to white and nobody would complain. See here.

• This was from Carson: Change the white helmets to a matte finish so they don’t look like cue balls anymore.

• Bag the white face masks on the carbon fiber helmets (see above).

• Make “COWBOYS” across the chest bigger. I shouldn’t need a 88″ TV to be able to read the name of the team I’m watching.

• I could give or take Crazy Pete on the hip. It doesn’t devastate me the way the gray devastates many of you but if they replaced it with regular Pete or just the orange “O”[1. Never knew what was wrong with the orange “O” — it looks terrific.] I’d be fine. 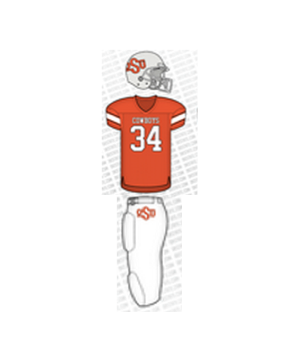 There’s really not a ton I can complain about when it comes to the uniforms — I don’t want pistols on the shoulders in the Oregon vein, I don’t want Maryland-y helmets, I don’t want Under Armour to look at these uniforms, much less touch them, and I don’t think I want chrome either.[1. Unless Nike has some chrome in the works and it looks great and makes OSU play as fast as Oregon, then I’M ALL GOOD!]

Anybody got any other ideas?