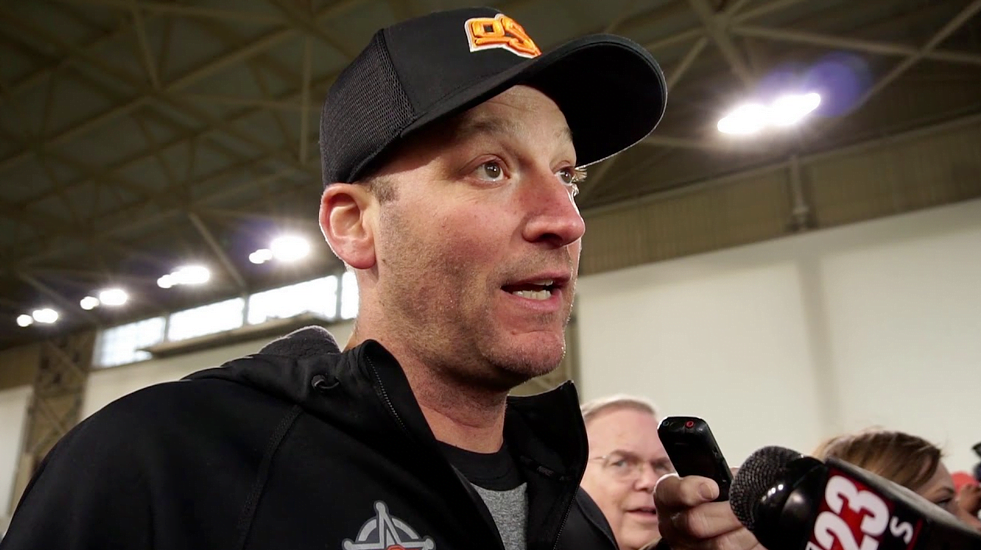 Mike Yurcich may have coordinated his final game as an Oklahoma State coach on Monday night in Memphis.

It was reported by GoPokes.com after the season finale — a Liberty Bowl win over Mizzou — that Yurcich, who just completed his sixth season as OSU’s playcaller, was leaving. To where remains unclear at this point.

A source confirmed to Pistols Firing on Monday night that Yurcich is in fact likely leaving his post at Oklahoma State. The source said, barring unforeseen circumstances, Yurcich will be the next offensive coordinator at Ohio State under Ryan Day. Day has been dubbed the coach to succeed Urban Meyer in Columbus following Meyer’s retirement.

Yurcich reportedly elicited a lucrative offer from Tennessee to be its next offensive coordinator, but the connection to the Vols and noise surrounding that situation has slowed of late.

If Yurcich does indeed leave Oklahoma State, he will do so with an impressive resume: In four of his six seasons, his offenses produced top-10 seasons in total offense in school history. Oklahoma State finished 22nd in points per play this season, and three other times finished inside the top 25 in that same category.

Gundy fart-noised the GoPokes.com report after the game on Monday in Memphis — literally — and bombastically threw his thumbs down in response saying he wanted to stick with the bowl game as a talking point.

“I got no idea what his office looks like,” said Gundy. “I know you have to do your job, but let’s just stay with the bowl and the performance and everything going on here right now. No disrespect.”

Here’s what Mike Gundy said when he was told that there’s a report that Mike Yurcich’s office is cleaned out. ?? pic.twitter.com/ddchkcT4Uf

Yurcich made $800,000 in 2018 and, if he were to leave, would likely be cashing in on a big payday whether he left for Ohio State or Tennessee. Former Vols OC Tyson Helton made $1.2 million in 2018, and Ryan Day, who was the Buckeyes OC before taking over head coaching duties from the soon-to-be-retired Urban Meyer, made the same.