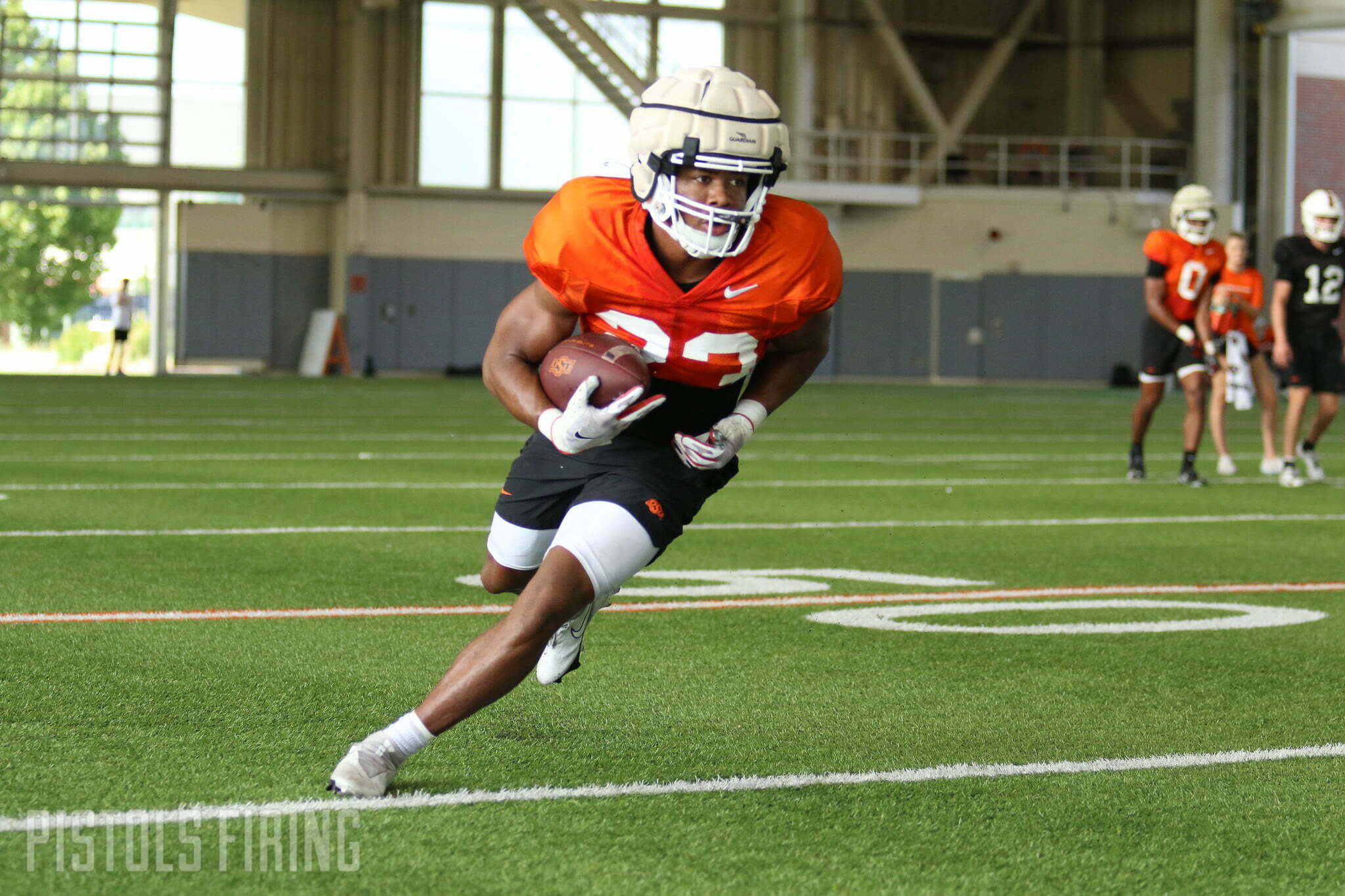 STILLWATER — With a pair of four-star freshmen on campus and a transfer from the SEC, it can be easy to forget about the second-most experienced running back on the Cowboys’ roster: Jaden Nixon.

Entering his redshirt freshman season, Nixon is up to 185 pounds, 10 pounds heavier than he was last season (and you can tell). He had 14 carries for 122 yards as a true freshman. That included a 63-yard lightning strike through Boone Pickens Stadium against TCU.

With Jaylen Warren, LD Brown and Dezmon Jackson all exiting the Cowboys’ running back room this offseason, Nixon has had to prep for an increased role in 2022.

“It’s been busy, but a lot of fun at the same time,” Nixon said. “A lot of hard work and competing. A lot of guys have left, so that means I gotta step up into a bigger role and everything. But my whole team has supported me. The coaches have supported me and everything, just pushed me to be better, as well.”

Nixon was the No. 971 player in the 2021 recruiting class out of Frisco Lone Star (the same high school that housed OSU freshman quarterback Garret Rangel). Outside of OSU, Nixon didn’t have a Power Five offer, making him another example in a long list of OSU’s superb evaluation skills. He didn’t quite come with the pomp and circumstance of an Ollie Gordon or CJ Brown, both four-star standouts with long offer lists.

But Nixon has a solid shot at getting run as the Cowboys’ second running back in 2022 behind junior Dominic Richardson.

“He’s gotten a lot better, for sure,” Richardson said. “He’s gotten bigger, as you can see. He’s been good, man. He’s physical. He’s picking up his blocks. A physical runner, he’s got the speed. He’s probably the fastest running back in here, I’m not gonna lie. He’s been doing great, man.”

A speedster, Nixon recorded a 10.62 100-meter dash as a high schooler, running the 200 meters in 21.71 seconds. Paired with Richardson’s smashmouth style, 2022 could be a thunder and lightning scenario the likes OSU hasn’t seen since Justice Hill and Chris Carson.