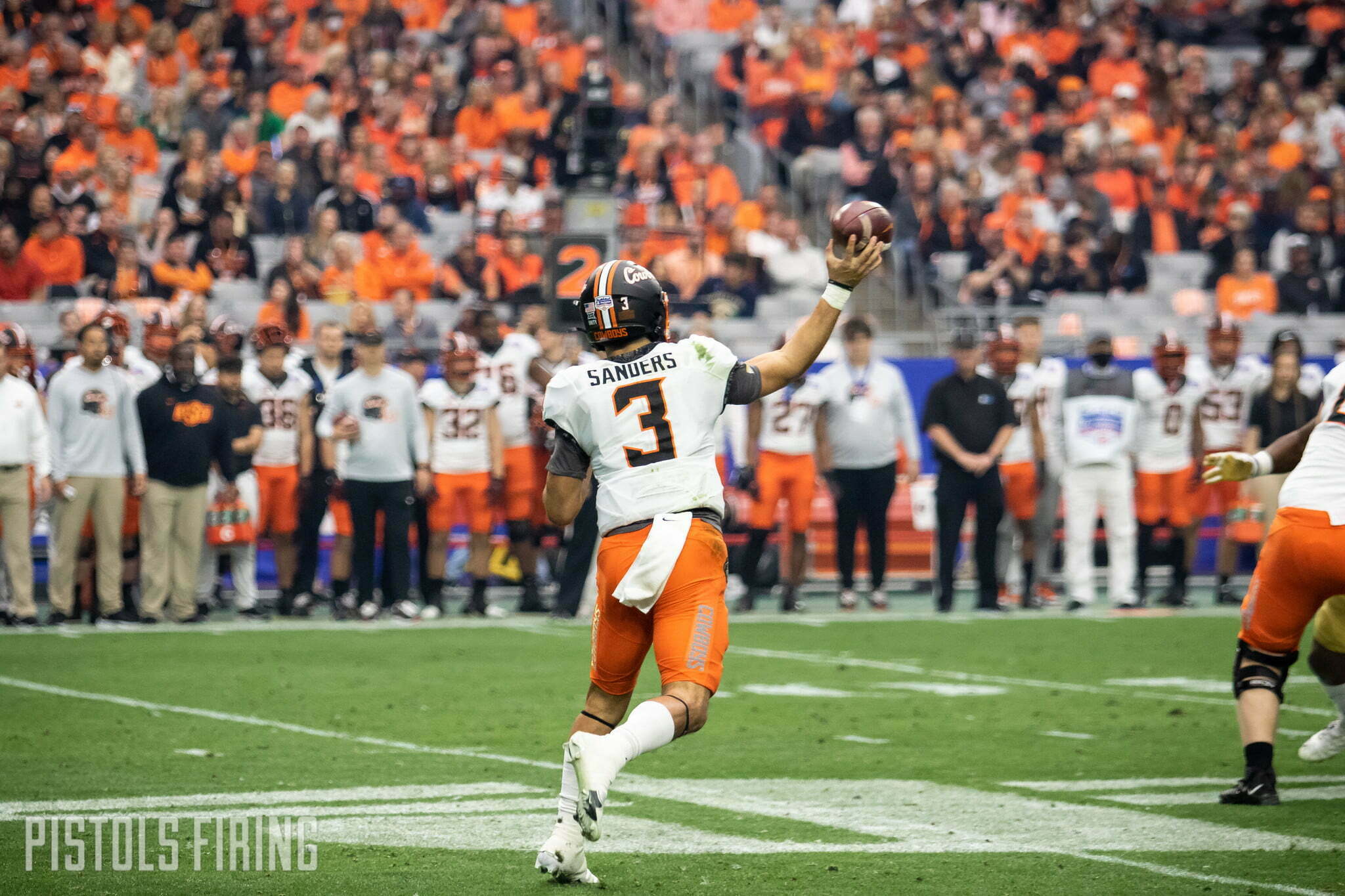 Why Spencer Sanders would leave Oklahoma State and his role as a starting quarterback for a top-20 program to enter a three-way QB competition between incumbent starter Jaxson Dart and former five-star Walker Howard at Ole Miss raised eyebrows earlier in the week. But Sanders in an interview with 247Sports explained his decision in detail, laying out why he wasn’t afraid of competition in a deep QB room and why he left Stillwater.

“I’m going to come in and work my tail off either way, whether the room is packed or not,” Sanders told 247Sports. “That’s just my mindset. I’ve always had a mindset of competing, driving, striving for better. I’ve never shied away from competition. I’m not going to start now.”

Sanders is notoriously a fierce competitor sometimes to a fault and that seems to have helped make the decision easy for him to commit to Ole Miss. He likes the head coach Lane Kiffin, he likes the offensive system built around play-action and he feels the running game will complement what he can do well in a platform with the SEC that could propel him to the next level.

“I have a lot of self-confidence,” Sanders added via 247Sports. “I’m a big believer in myself. My money is on me every time. So, I wasn’t too worried about what the quarterback room looks like. I’ve got pretty good experience. I’ve been in the game for four years. I feel like I’ve got a little bit of an edge.”

As for why Sanders left a starting job at OSU to compete for another one elsewhere that has a returning starter, Sanders said he didn’t have “too much bad to say.”

“I think it was time for me to split ways and try something new,” he said. . . “I was grateful for my time [at Oklahoma State.] I’m grateful for the quarterback they’ve helped me develop into. Coach (Tim) Rattay has a lot of say into that. He’s helped me develop over the years. I didn’t want to leave him. I was sad to leave him. But, you know, maybe this is just for the better.”

OSU moves on from Sanders (and Sanders moves on from OSU) in a move that resets a position that has been stabilized by No. 3 the last four seasons and enters some uncertainty this offseason. OSU added Alan Bowman from Michigan out of the transfer portal, signed freshman Zane Flores and brings back Garret Rangel and Gunnar Gundy entering the 2023 offseason.