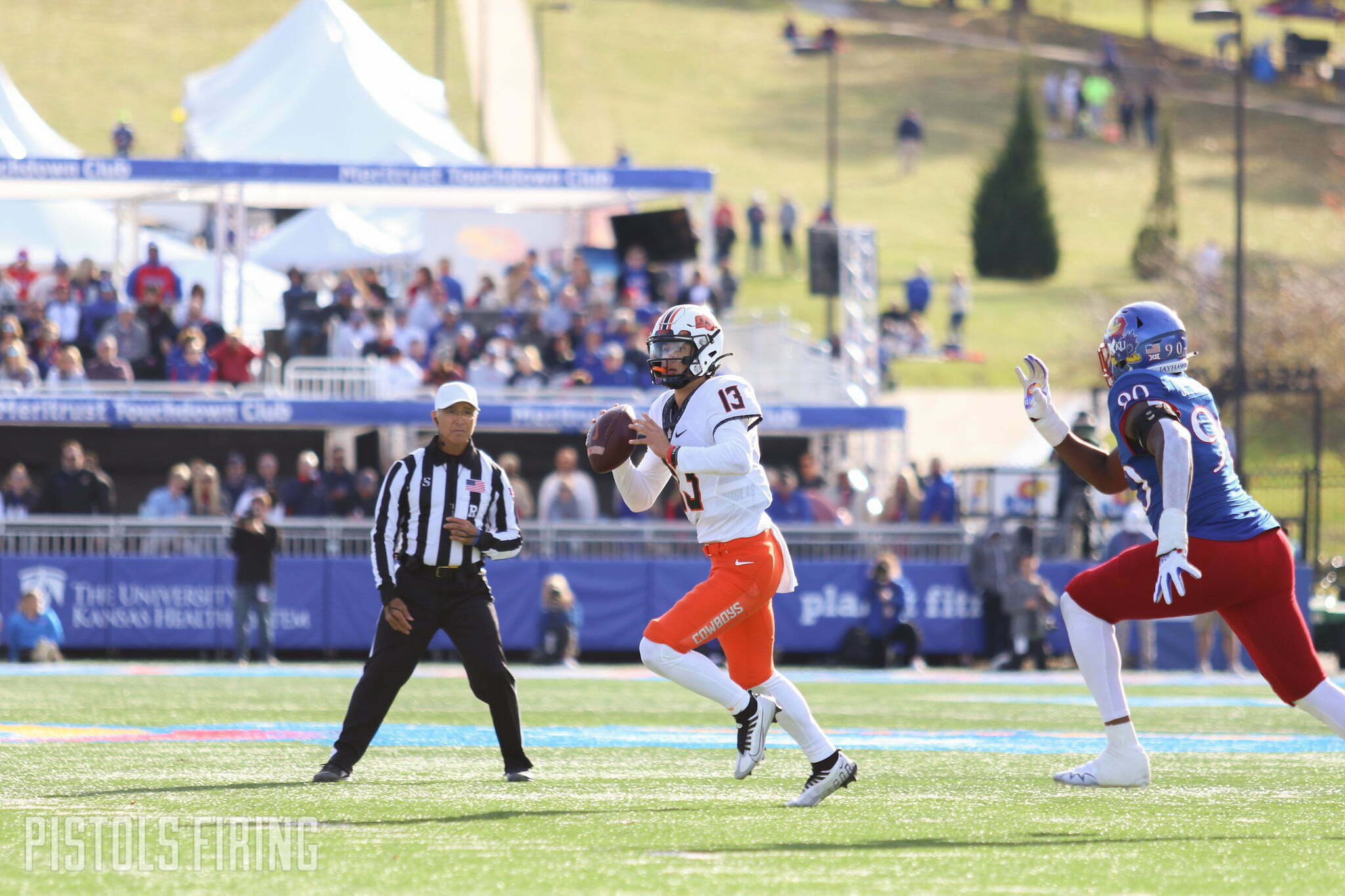 STILLWATER — If Spencer Sanders is to miss a second straight game, don’t be quick to assume who would start behind center for the Cowboys against Iowa State.

Oklahoma State coach Mike Gundy, at his weekly media luncheon Monday, said the staff hasn’t talked about who would play at quarterback yet, should Sanders not be able to go. He also said he would not discuss whether Sanders will be back at any point this season.

Rangel and Gunnar Gundy split reps last week in practice with Rangel gaining an edge “ever so slightly.” Mike Gundy didn’t say whether each guy would be graded again or not this week.

“We haven’t talked about that yet,” Gundy said. “We could very well do either [have Rangel or Gunnar Gundy play]. We haven’t had that discussion.”

A true freshman from Frisco, Texas, Rangel had some good moments against the Jayhawks, throwing for 304 yards and two touchdowns. But, he also had three interceptions and a fumble in the Cowboys’ 37-16 loss.

Before Rangel took the first snap this past Saturday, many thought that Gunnar Gundy would play in Sanders’ absence. Gunnar was the first quarterback off the bench in OSU’s 63-7 shellacking of Arkansas-Pine Bluff. He also came in when Sanders left the Kansas State game with injury.

Mike Gundy said a good comparison for the Rangel-Gunnar battle is that of JW Walsh and Clint Chelf. Chelf and Walsh each got plenty of run in 2012 and 2013. Those two seasons, Chelf played in 20 games where he had 3,757 passing yards, 32 passing touchdowns and 14 interceptions. In that same time span, Walsh 2,897 passing yards, 22 passing touchdowns and eight interceptions in 18 games played.

“JW (Walsh) and Clint (Chelf) went through it, and they went back and forth — Clint played, JW played, Clint played, JW played,” Gundy said. “We’ve been through that before. We could talk about it forever, but what we’re trying to do is we’re trying to give each one of them a fair chance to go play and see what they can do. Because we really never know until they play in games. You go out there, you play, let’s see what you can do in a game situation and then try to evaluate you and move forward. JW and Clint is a good example. We went through that for pretty much full year.”