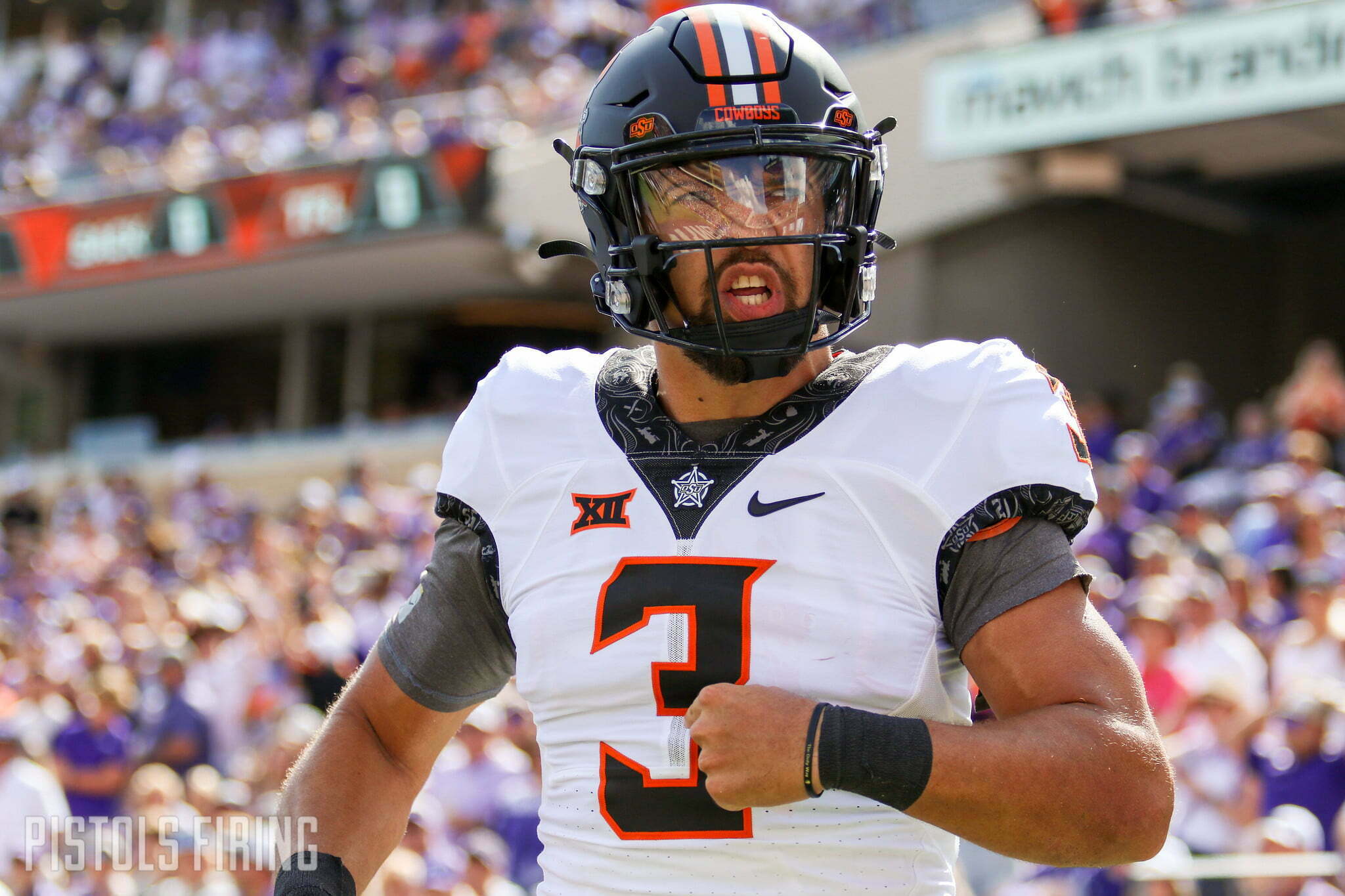 Spencer Sanders’ 2022 departure from Stillwater wasn’t all that unexpected, but the timing and his eventual destination add a final polarizing chapter to a polarizing tenure. Life goes on.

How do you evaluate a franchise quarterback’s career? Mostly by stats and wins. But I also think you have to consider the size of the hole one leaves behind.

The hole he leaves may even be bigger. OSU wasn’t the same team when Sanders was sidelined this year. And its 2023 ceiling was drastically lowered when he decided not to spend his fifth year of eligibility in Stillwater. Whether or not the Cowboys go all-in on Garret Rangel, the touted freshman who retains his redshirt — or grab one of the dozen-plus quarterbacks that have already hit the portal — neither would have more upside and experience in the system than Sanders. But, life goes on.

Spencer Sanders was a lot of things, but three adjectives encapsulate his time at OSU more than any other to me — explosive, resilient, polarizing.

His high school highlight made you want to run through a wall, especially as fans were itching to latch onto the next franchise QB in the post-Rudolph era. News of his arm strength and exploits from practice fueled many through his redshirt year. And he made good on the hype.

His brilliance, when he was brilliant — and he was brilliant — came from his rare combination of raw talent and competitiveness. His ability to tip-toe the edge between explosive and reckless made him a nightmare for opposing defenses. That fire which fueled him on every snap allowed him, almost singlehandedly, to drag the Cowboys down the field on countless drives over his career and to several marquee wins. Sometimes he crossed over that line into reckless, but that was often when OSU needed him to do too much.

Detractors, especially the recent converts, will point to his 40 career interceptions, a school record. But he only edged out Tone Jones and Mike Gundy (each with 39) on many more pass attempts. It took Jones 819 attempts to get there and Gundy threw 1,078. Sanders did in 1,254. Still the most, but context is important.

During his last time on the field for OSU, Sanders ran the gamut. He threw four interceptions in Norman, but those came on a school-record 67 pass attempts. The Cowboys were in a deep hole early and their running game, outside of Sanders, had been a non-factor all year. He then clawed, scratched and juked OSU back into the position for a failed comeback attempt.

Sanders played hurt for a good chunk of 2022. He fought back and laid it all on the line when he could get on the field. The epitome of Loyal and True. And he will be missed, whether or not some want to admit it. You don’t replace 40-plus games of experience in a single offseason, and you might not replace that combination of skill and moxie over the next 10.

Whether we want to admit it or not, college football has been big business for quite some time. The only difference now is that players have more agency and opportunity. It’s more fair and it’s also more messy. And like with conference realignment and the dissolving of regionality, the sport almost does not resemble itself. But the toothpaste doesn’t go back in the bottle.

Life goes on, whether you want it to or not. Sanders was loyal and true while he wore a Cowboys jersey. Now Cowboy fans get to pour their hopes into their next quarterback, and hope he’s half the player Sanders was.