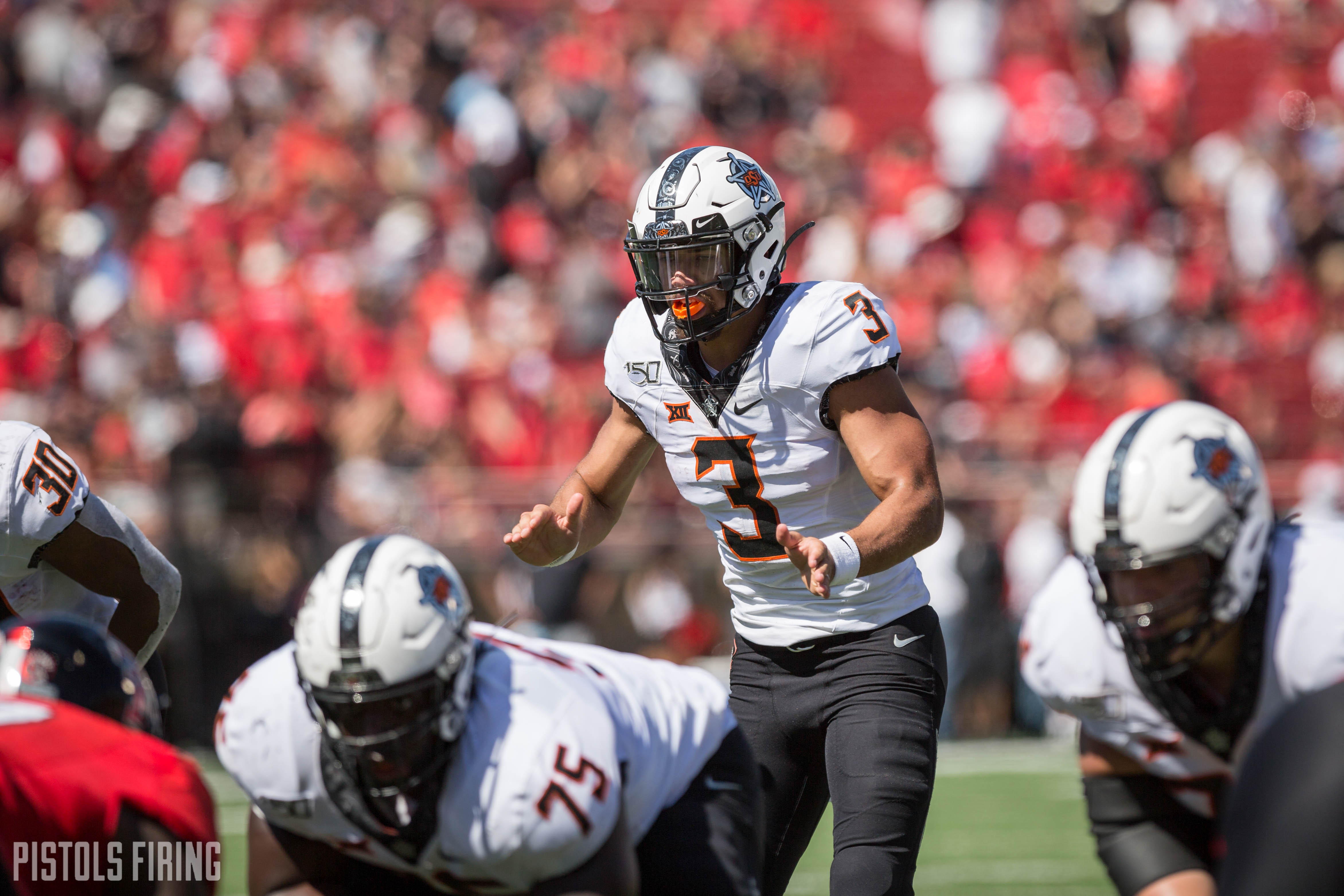 Any way you slice it, Spencer Sanders was bad on Saturday in Oklahoma State’s 45-35 loss. He threw three picks, fumbled twice and struggled to go through his progressions — often locking on his first read and telegraphing his every move.

Sanders knows it, too. And after the game, he made a bold prediction that can only mean he expects himself to never play that poorly again.

Not losing again … this season? The rest of the month? Forever? I need to know! Regardless, I imagine those words rolled off the tongue exactly like this Tim Tebow promise more than a decade ago:

Those are some big words. It’s not totally fair to hold him accountable for them, because, well, he’s a freshman. But if nothing else it’s reason for optimism. In the face of adversity, OSU’s franchise quarterback isn’t shying away. He wants to be better. He vows he will be better, and he’s taking responsibility for his sluggish start in Big 12 action.

“That is my fault. I, Spencer Sanders, am taking full credit for that,” he said via 247Sports. “Nobody else had five turnovers. I did. So that’s my fault. I can’t do that.”

“I’m always 10 toes behind these guys,” Sanders added to the O’Colly. “No matter what battle or war we go through. Even if they’re wrong. I’m gonna fight until you put a bullet in my head. That’s my team.”