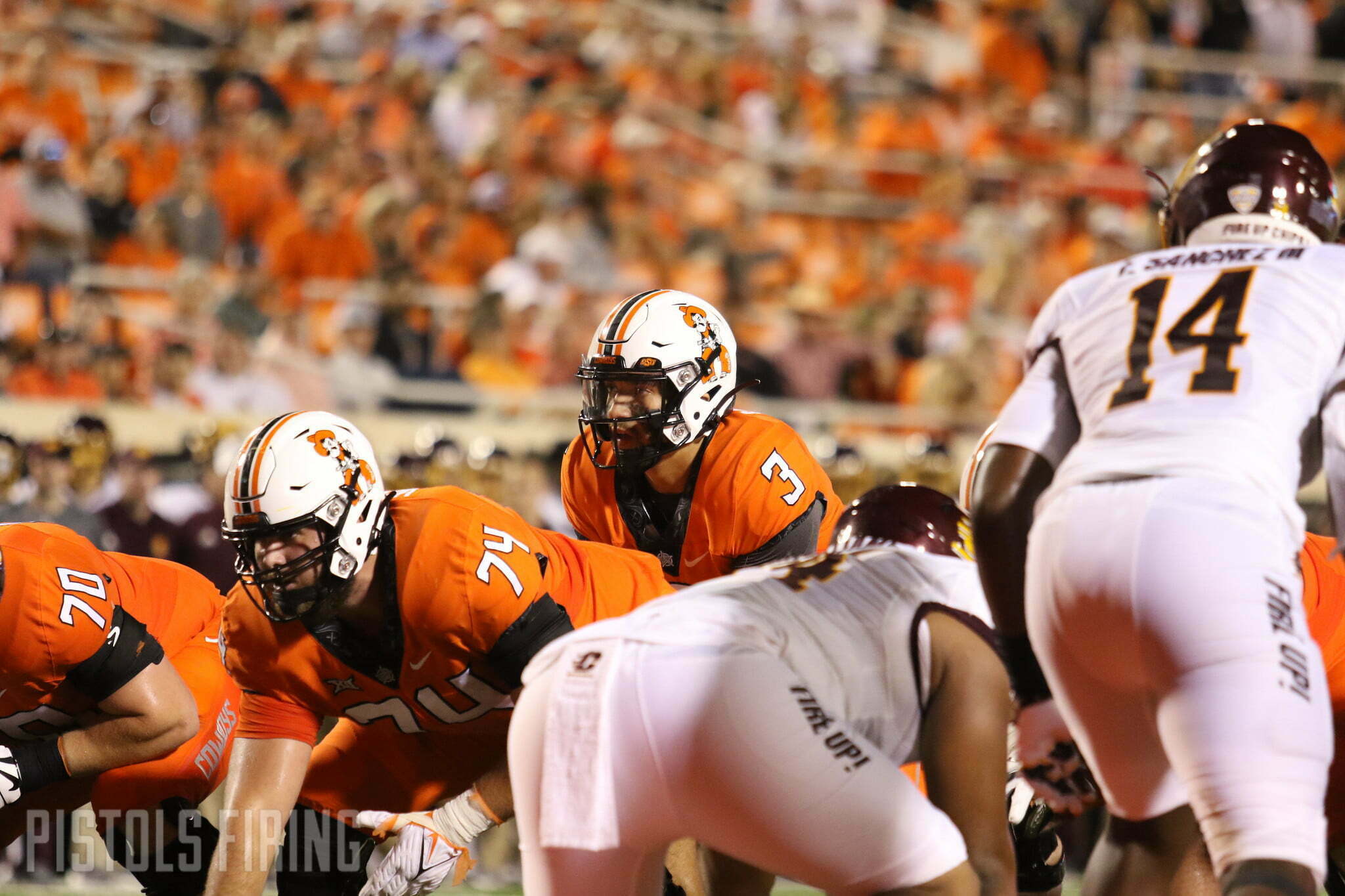 Spencer Sanders put the Central Michigan defense, the Big 12 and the college football world on notice with his dominant performance on Thursday night. He notched career highs in passing yards and total touchdowns while leading the Cowboys to a performance that would make Todd Monken proud.

For his trouble, Sanders was named the Big 12’s Offensive Player of the Week for opening weekend.

Sanders joined Texas Tech’s Pat Mahomes as only the second player in league history to rack up 300 passing yards, three passing touchdowns and two rushing scores in a single half. He finished with 406 passing yards and four TDs, while completing 68 percent of his passes. He rushed for 57 yards and two more scores.

Most notably, Sanders played a pretty clean game, with no turnovers and only missing a handful of throws. His 186.7 passer rating was his highest when attempting at least 25 passes (he slung it around 41 times). Also notable, he surpassed 7,000 career yards on Thursday, making him the fifth Cowboy to do so.

Sanders was tabbed as the league’s preseason first-team quarterback after earning the same honor in 2021. This is just his first Big 12 Offensive Player of the Week honor, but potentially one of many this fall. Other Cowboy QBs to earn the weekly honor are Brandon Weeden (four times), Clint Chelf (twice), Mason Rudolph (five times) and Taylor Cornelius (twice). Sanders earned Newcomer of the Week twice in 2019.