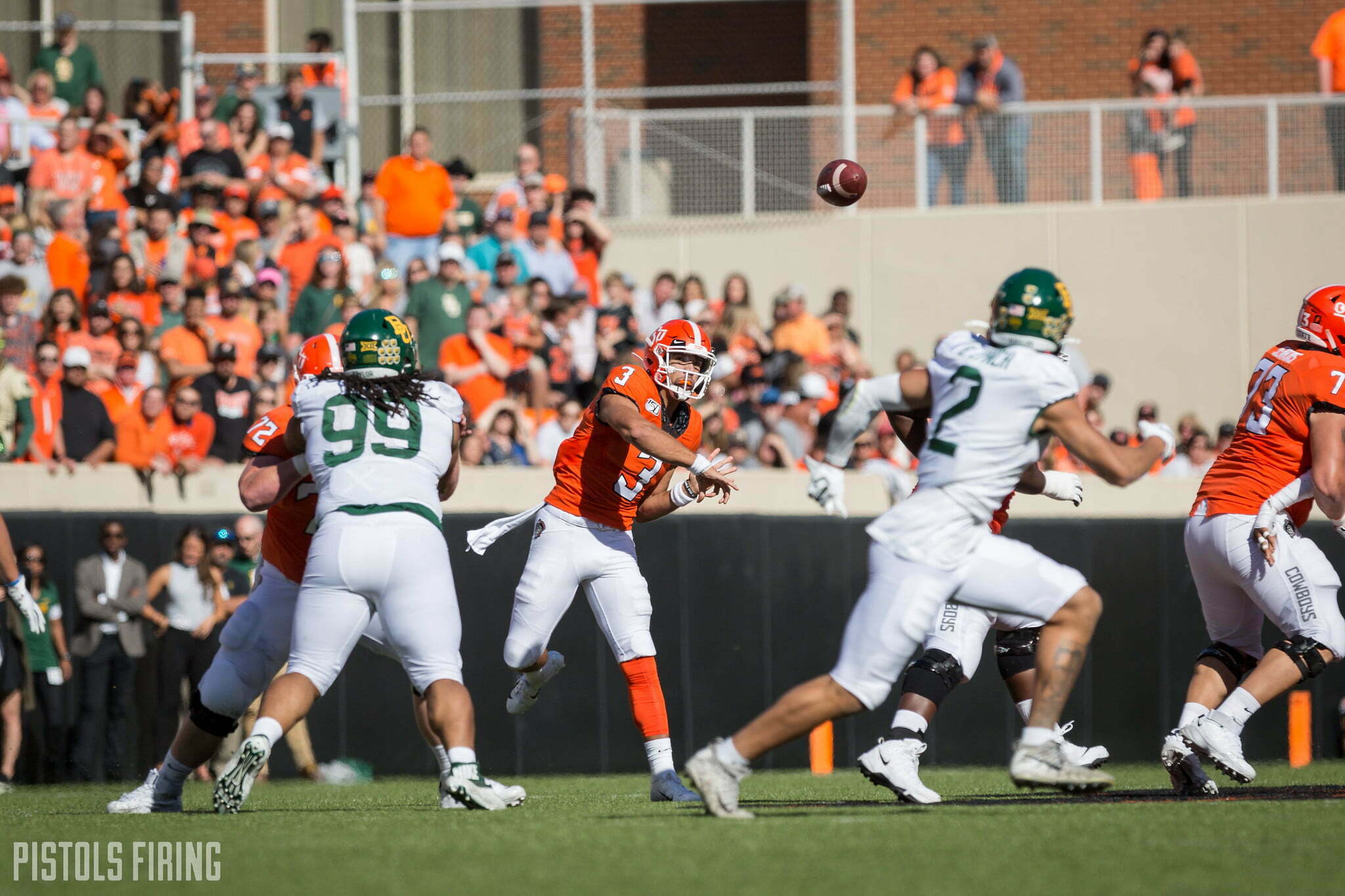 Spencer Sanders is expected to take a big step forward in 2021, and his inclusion on a watch list Tuesday only further those expectations.

Sanders, Oklahoma State’s quarterback, was named to the Davey O’Brien Award’s preseason watch list Tuesday morning. The award is given out annually to the top quarterback in college football.

The Davey O’Brien has been awarded annually since 1981. No Oklahoma State QB has ever taken home the hardware. Alabama’s Mac Jones won the award in 2020.

There are 30 players on this year’s preseason list. The list is “based on career player performance and expectations heading into the 2021 college football season.” Everyone on the list must have started at least one game at their current school.

In two seasons as OSU’s starter, Sanders has thrown for 4,072 yards and 30 touchdowns. He has also ran for another 897 yards and four scores.

At Big 12 Media Days last week in Arlington, OSU coach Mike Gundy said Sanders improved more in the two months of spring ball this year than in his first two seasons as OSU’s starter. That means Sanders should be due for a big jump this fall.

Out of Denton Ryan (TX), Sanders was the No. 171 player in the 2018 recruiting class. He picked Oklahoma State over offers from Texas A&M, TCU, Ole Miss, Penn State, Texas Tech, Missouri, North Carolina and others.