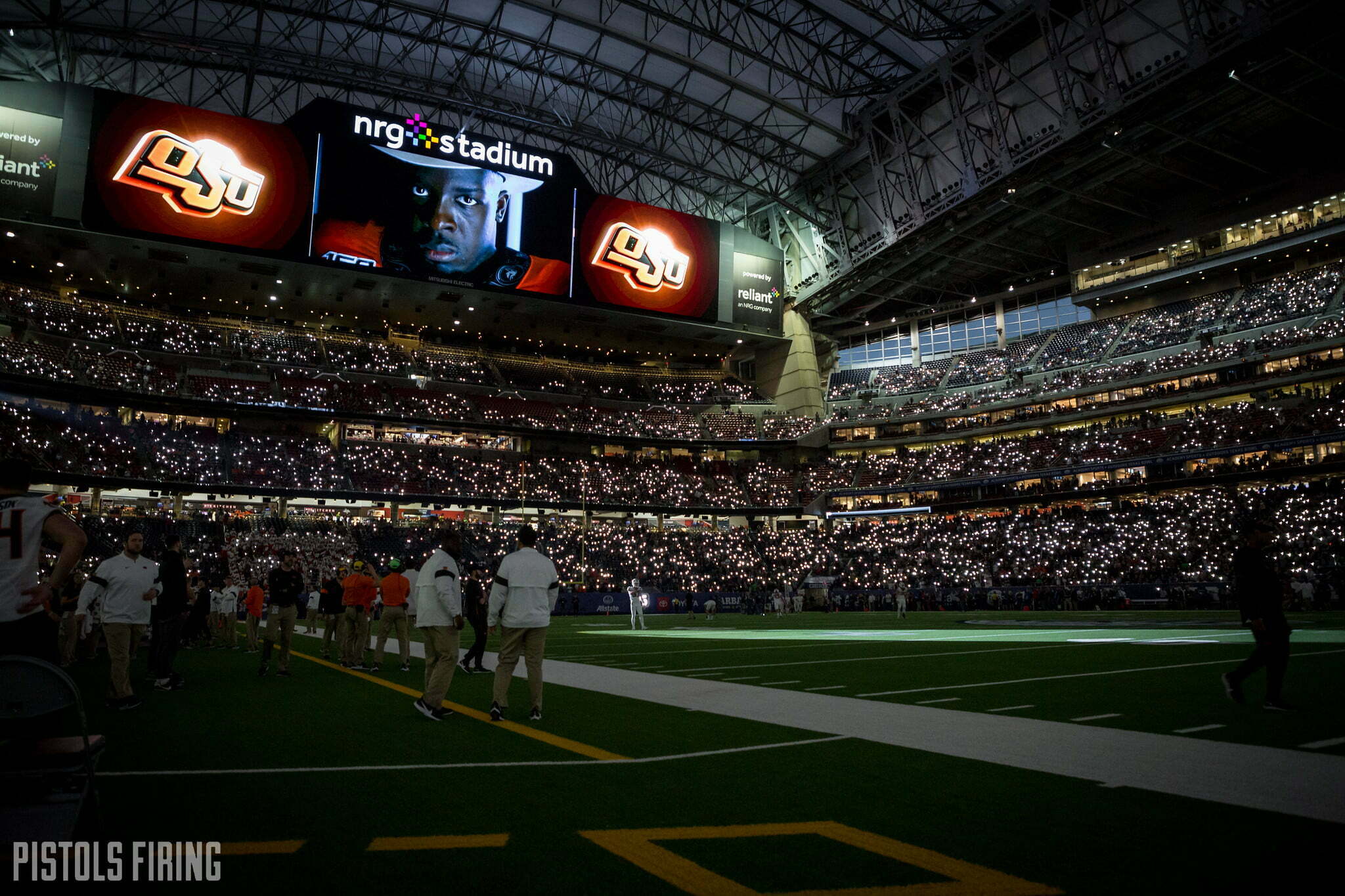 For someone whose job it is to say (hopefully) interesting things and more or less talk for a living, I am at a bit of a loss for words just five months into this decade.

On Monday, I alternated between sitting here staring at a blank WordPress box, trying to think of something intriguing to fill it with and popping over to Twitter to (quite literally) watch the world burn.

Are we still supposed to cover recruiting? Should we try to write broad, culturally-significant pieces about systemic racism and about how everyone’s emotions are especially exacerbated right now because of the effects of a once-a-century pandemic? Do we post every statement from every player and coach or just the biggest names?

Every single idea or thought I have for how to cover sports (or anything) right now feels like the most patronizing thing in the world.

I am 35 years old. I have a wife and four kids. I own a house and am about to move to a nicer one. I am white. I am the very definition of privileged. Its poster boy. So I’m not going to sit here and pretend to understand any of the last seven days or to propagate that it has affected me beyond what I feel for those around me, in my community. It is beyond my comprehension because it is outside the way my life has unfolded.

What I can do, though, is pay attention and hear — really hear — what other people are saying. You guys have seen the videos. We’ve all watched them. This one in particular was unnerving because of just how raw and genuine it was. It’s good for me to, as my friend Mason King recently wrote, just sit with that for a while. Not to try and do something with it but to sit with it and let it sink deeply into my heart.

And in that, I keep thinking about something Oklahoma State’s most prominent (and famous) current athlete, Chuba Hubbard, recently wrote. Something that has become a national talking point and theme in the world of college sports. Here’s what he said.

If you support us on the field, but can’t support us now … BEAT IT! BRING CHANGE!

Sometimes we forget that our heroes — specifically our sports heroes — are humans and that sometimes (maybe oftentimes) they are humans who are undermined in ways many of us cannot (and will not) ever wrap ourselves around.

As kids, athletes are oversized, larger-than-life comic book figures who fill up the empty spaces of our lives. As adults, sometimes I wonder if we view them as props to be used and discarded at a whim.

Walking the line between caring about human beings made in the imago Dei and critiquing the way they perform on Saturdays is a difficult one in sportswriting (what I do) or sportsthinking (what the rest of you do) because you want to be objective about the efficacy of a player and wins and losses are actually important.

But they’re not that important. Not more important than what’s going on in this present day in which a nasty history has met a global pandemic at the dark crossroad of an election year.

Black lives matter. That’s an uncomfortable turn of phrase for some of us to read or think about, but it’s true. If your response is that all lives matter then you are missing the point entirely.

What Chuba said is right. There’s a massive cognitive dissonance to decry the Black Lives Matter movement in the present day but throw on a No. 30 jersey come September and saddle up for 13 (or so) games on Saturdays. They matter, but only when it benefits me!

This website — this company — has always been very personal for me. I’ve tried to be an objective person not because I run a sports media company but because I generally value objectivity within my own life. So when you see me light Mike Gundy up for his COVID takes or prop No. 3 up after an atrocious few games, I think some of that resonates with some of you because it’s fundamentally how I feel.

This is hopefully more of that. I am feeling many different things at the same time right now from a lot of different angles. It will take years (a lifetime?) for all of us to sort out all of the things we really believe and feel in a deep way, but the takeaway from this past week is very easy, the lowest bar: You can be for what’s right and good and true or you can not.

The way that plays out — especially in the public sphere and especially in this present day — is more complicated than any of us want to make it, but a good first step is being vulnerable enough to pause and consider. To have empathy in a world that has none. Spencer Sanders was right, even if he (and I) didn’t know it at the time. I do talk too much. Time to shut up and listen.

Pistols Firing has donated $250 to Pillar Church led by my friend Kaynenn Parker in a multicultural community in east Fort Worth. It’s a minuscule gesture in a sea of many but hopefully an encouragement toward one of a million different ways all of us can get involved.