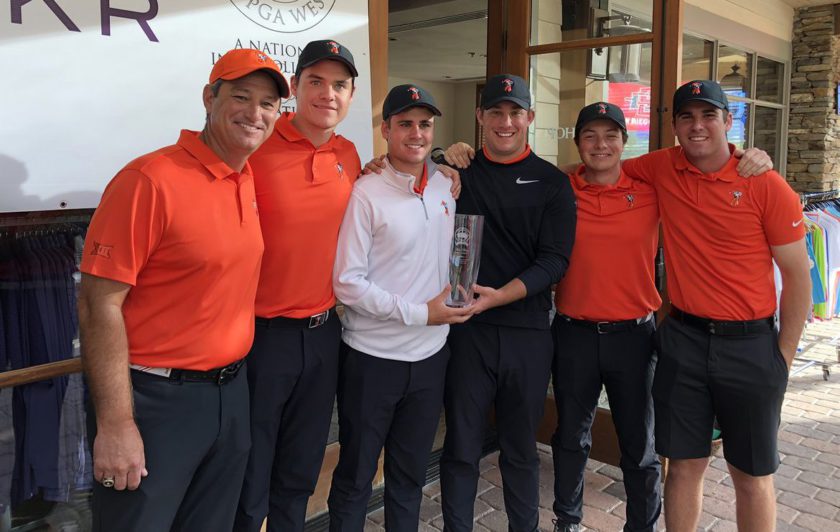 The Cowboys swept their two-game series with a 3-2 victory over Marist on Sunday to open the season at home. Redshirt freshman Ben Leeper earned his first-career win in relief duty and OSU drove home two runs in the first inning to move to 4-1 on the season.

Recap and highlights from today's victory over Marist, which was #okstate's 3rd win in a row and gave the Pokes their second-straight series win to open the season: https://t.co/yuIPSRHPuQ #GoPokes pic.twitter.com/T3ikH9SwzV

OSU has a two-game series with Little Rock before traveling to West to take on the Arizona State Sun Devils on Friday.

The Cowgirls closed out the regular season with an 85-72 victory over TCU in Gallagher Iba Arena on Monday night. Senior Loryn Goodwin led all scorers with 30 points, 11 rebounds, five assists and four steals, and fellow senior Kaylee Jensen recorded her 45th career double-double with 18 points and 13 rebounds.

With the win, OSU moves to 20-9 overall and 11-7 in conference play. Their next games will come in the Big 12 Championship Tournament in Oklahoma City starting Friday.

The Cowboys earned their fourth victory of the year in La Quinta, California, with a first-place finish in The Prestige at PGA West last Wednesday.

The Cowboys weren’t the only team to place in a recent tournament. The Cowgirls finished in eighth place at the Allstate Sugar Bowl Intercollegiate in New Orleans last Tuesday. Additionally, senior Kenzie Neisen recorded the first hole-in-one of her career on a par 3.

ICYMI @kenzieneisen used a 9-iron to record her first ace in a Cowgirl uniform, and it came on the 138-yard par 3 No. 3 at English Turn in New Orleans. Congrats, Kenzie! #golfschool #okstate

The Cowgirls struggled in the Mary Nutter Collegiate Classic over the weekend, earning their lone victory over Wisconsin, 3-2, on the opening day.

Four straight subsequent losses dropped them to 9-6, but they hope to turn the tide in the coming Mizuno Classic starting on Friday in Stillwater versus Omaha.

The Big 12 released pre-seeds for the upcoming wrestling championships in Tulsa and OSU is tied with Northern Iowa for the most No. 1 seeds in the field with three. Cowboys Nick Piccininni, Preston Weigel and Derek White were all named top seeds in their respective weights. OSU also claimed three No. 2 seeds in Boo Lewallen, Dean Heil and Chandler Rogers. Check out Part 1 of our Big 12 Tournament preview.

Three Cowboys earned No. 1 seeds for this weekend's Big 12 Championships in Tulsa.

See where #OKState stacks up at each weight. Brackets and seeds: https://t.co/PjuImZwFgQ pic.twitter.com/BXP5maaYVC

Big 12 Championships action starts on Saturday at the BOK Center in Tulsa at 11 a.m.