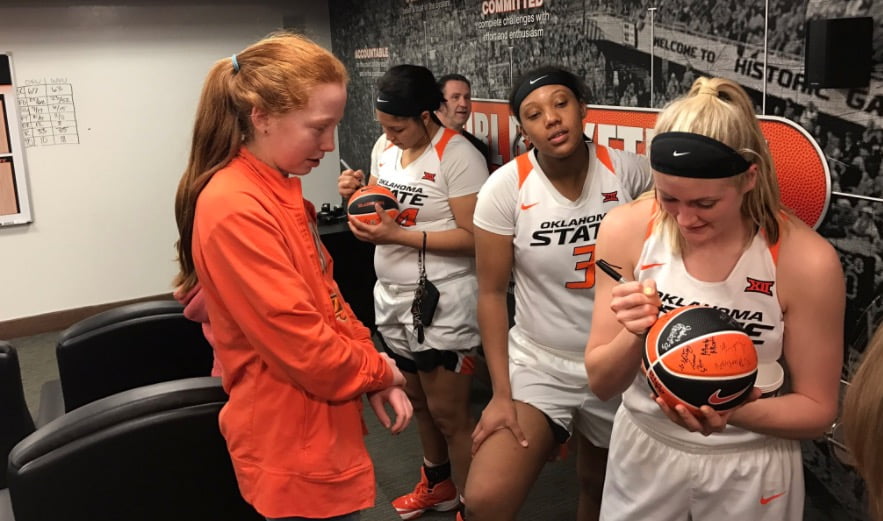 Welcome back to this week’s all-sports roundup featuring the non-revenue sports like tennis, women’s hoops, and softball. Thanks for reading.

Debuting in the top-10 for the first time this season, the No. 8 Cowboys headed north to take on a pair of Big Ten teams. The Cowboys began the weekend series defeating No. 25 Minnesota 5-2 in an extremely tight matchup in which 3 out of the 6 singles matches went a full 3 sets. Strong comeback performances by No. 18 Julian Cash and Tristan Meraut lifted OSU past the Gophers who had just made their top-25 debut.

#okstate knocked off No. 13 Northwestern for the second time in nine days to improve to 10-3 on Sunday.

To finish off the weekend, the Cowboys continued their Big Ten carnage by defeating No. 13 Northwestern 4-1. Strangely, this was their second time facing the Wildcats as they had already met in the 1st round of the ITA Indoor Championships where they bested the Cats 4-2.

The Pokes narrowly won the doubles point and rode the momentum into singles play where they dominated. The Cowboys (10-3) have now won five top-25 matches in the young season and currently are undefeated on the road.

Up next for the Pokes is a top-10 heavyweight battle against another Big Ten foe, this time No. 9 Michigan next weekend.

The Cowgirl hoopsters continued a terrific OSU sports weekend with a close 67-63 senior night win against the Lady Mountaineers in Gallagher Iba. Terrific performances from the underclassmen propelled the ladies to their 3rd win in four games and gave the seniors one last winning moment in Stillwater.

The Cowgirls lost in Ames on Monday night but will start Big 12 Tournament play this weekend in OKC. Thank you Cowgirl Seniors!

All-around, it was a pretty solid weekend for the Cowgirls which included a timely 7th inning rally to down New Mexico State on Saturday.

Also if you haven’t noticed this yet, the OSU softball team has some sweet threads.

Watch out California, there's a ❄️❄️❄️ coming through! We're busting out our #Ice uniforms for Sunday! pic.twitter.com/o0WADFn380

Thanks again for all the fun this weekend @NutterClassic we enjoyed our time in California! #okstate pic.twitter.com/Nz2tvAUQc3

Next up, the Cowgirls head back to the friendly confines for their home opener against Arkansas on March 1st.