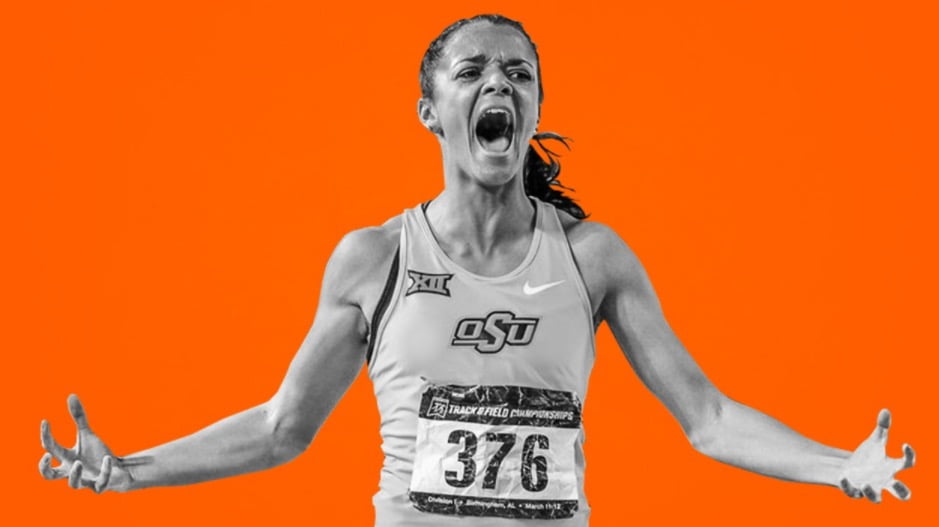 Ed. note: We wanted to take a look back at what you might have missed recently in some of OSU’s non-revenue sports, and our tennis guy Nick Welch gamely tossed that together. Hope you guys enjoy it.

The OSU men’s tennis team went 2-1 this weekend winning matches against Alabama (7-0) and UMKC (7-0), and dropping a tightly contested battle against No. 2 Wake Forest (4-3).

The highlight of the weekend was clearly the top-15 matchup against the Demon Deacons. The Cowboys went into an early 3-1 hole before mounting a monstrous comeback to even the score at 3-3, leaving the final singles match as the overall deciding factor.

Nonetheless, the No. 12 Cowboys went toe to toe with their counterparts despite having to take on the No. 1 singles player and No. 1 doubles team in the nation, both both of which happen to play at Wake Forest. With a 2-1 record this weekend, the Cowboys moved to 7-1 on the year.

Final score from Stillwater. #okstate pushes No. 2 Wake Forest to the limit, but the comeback falls just short in the end. pic.twitter.com/qsKsn7mA0w

The Cowboys will next travel to Charlottesville, Virginia to compete in the ITA Indoor Regional Championships.

The OSU women’s team missed out on the warm Oklahoma weather this weekend in exchange for a snowy trip northeast to New Haven, Connecticut to compete in the ITA Regional Indoor Championships.

A motivated Cowgirl team annihilated No. 19 Ole Miss 4-0 in Round 1 before falling to No. 7 Ohio State 4-3 in the quarterfinals in the battle of OSUs. This was the first time an OSU women’s team had reached the quarterfinals of this event.

The Cowgirls were rewarded with a consolation matchup against No. 8 California and came away victorious 4-2. With their first loss of the season, the No. 5 Cowgirls fell to 8-1 on the season.

The Cowgirls will play one more ITA game before heading down to the sunshine state to play two incredibly tough opponents in No. 4 Stanford and No. 1 Florida.

The Cowgirl basketball squad dropped their fifth game in a row, losing in Morgantown Saturday to the Lady Mountaineers, 79-53. A huge second quarter by West Virginia propelled them to an easy home victory over Oklahoma State (13-11, 3-10 Big XII).

The Cowgirls shot just 37 percent from the field and 16 percentfrom three in the loss. Forward Mandy Coleman led all Cowgirls with 17 points and shooting 8-12 from the field.

Final from Morgantown. #okstate falls to West Virginia in the first meeting this season between the two schools. pic.twitter.com/7d5dtoCxLY

The Cowgirls played five games in Baton Rouge over the weekend at the Tiger Classic. They went 3-2 in those games with the following results.

“There are some positives, without a doubt,” head coach Kenny Gajewski said. “I thought we really laid an egg the first game against LSU so I wanted to see how this team would respond in the next one. I thought we came out great, set the tone with a big home run. Then we kind of let this one get away. Credit them, they got clutch hitting when they had to.”

#AirCowgirlOne is loaded up and heading back home. See you soon, Oklahoma. pic.twitter.com/iCdO5Da4ik

Superstar Kaela Edwards ran the seventh-fastest mile in NCAA history in New York at the Millrose Games. Her time was 4:28.75. She raced against mostly pros.

“It was really fun to run at that level and hold my own against all of those pros,” Edwards said. “I had some bigger goals going into the race, but a four second PR and a time that’s top-10 in collegiate history is pretty good. Competing in something like this is only going to make me better, and it was great to be a part of that.”

At the Husky Classic in Seattle, three men’s runners dipped below four minutes in the mile. OSU joins Syracuse, Michigan and Colorado as the only programs to produce three sub-four minute miles this season.