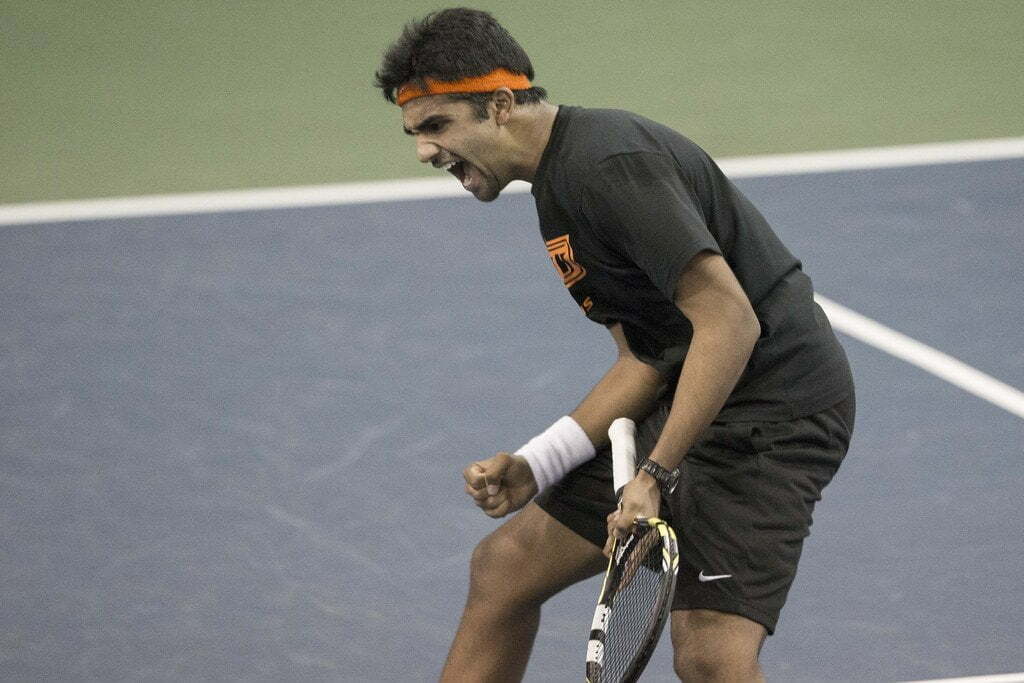 Welcome to this week’s all-sports roundup featuring the non-revenue sports like tennis and softball that still deserve our attention. A look back at how they performed over the last week.

After a nine-year drought, the Cowboys earned an invitation back to the ITA Indoor Championships in Charlottesville, Virginia. The tournament provides tremendous opportunity to improve your NCAA tournament resume against quality out of conference opponents.

In round one, OSU scored their first upset of the season taking down No. 7 Northwestern (4-2). The monumental victory was capped by No. 32 Julian Cash (OSU) taking down No. 25 Strong Kirchheimer in a three set heavyweight battle to give the Cowboys the victory.

The Cowboys advanced to the quarterfinal were they met undefeated No. 3 Ohio State. In the battle of OSUs, an experienced Buckeyes squad blitzed the Cowboys in all facets of the match. The Cowboys fell 4-0 to Ohio State and were banished to the losers bracket to face No. 10 Texas in a rare out-of-conference meeting with the Big 12 rival.

Although the Cowboy’s won the doubles point, the Longhorns dominated the singles portion and won the match 4-2. This is the first time this season the Cowboys have lost the match after winning the doubles point. A bright spot in the match was Julian Cash scoring another upset in tournament, this time defeating No. 5 Christian Sigsgaard on Court 1.

Next up for the Cowboys (8-3) is a weekend in Big Ten country facing Minnesota on Friday and a rematch with Northwestern on Sunday.

The rigorous road for the Cowgirls continued this past weekend in Florida with matches against No. 5 Stanford and No. 1 Florida.

The Cowgirls dropped the first match of the weekend to Stanford 4-1 after jumping out to an early 1-0 lead. This was the first time the Cowgirls have faced Stanford since last season’s national championship match in which the Cowgirls fell in Tulsa in a close match, 4-3.

A difficult task awaited the Cowgirls on Sunday as they faced the No. 1 Gators and their 130(!) home match winning streak. The ladies put up a valiant effort falling 4-2 in a really close match. No doubt the last week facing five ranked opponents will prove to be invaluable experience come tournament time.

The ladies will come back home and enjoy two weeks off before going back at it on March 3rd in Seattle.

Looking to win in Waco for the first time since 2008, the Cowgirls headed down to the Lone Star state to take on No. 4 Baylor. The Cowgirls (14-12, 4-11) kept it much closer than their 36-point loss in Stillwater. Too much firepower propelled the Bears to a 89-67 win, keeping their Big 12 title hopes alive. Next up for the ladies is a home tilt against against Texas Tech on Wednesday at 7 p.m. in GIA.

Cowgirl Tennis wasn’t the only group of OSU gals in the Sunshine State. The softball Cowgirls were in Clearwater, Florida participating in the Michele Smith Pediatric Cancer Foundation Invitational.

Tasked with playing five games in three days, the Cowgirls came away with a 2-3 weekend record with wins over Hofstra and Saint Joes. It wasn’t the tournament weekend results they had hoped for, but it looks like they still had a great time nonetheless.

Thanks for all the fun in the sun this weekend, Clearwater. pic.twitter.com/kJ4y8i3qfE

Next up for the lady softballers is a cross country weekend trip to California to participate in the Mary Nutter Collegiate Classic starting Thursday, February 23.