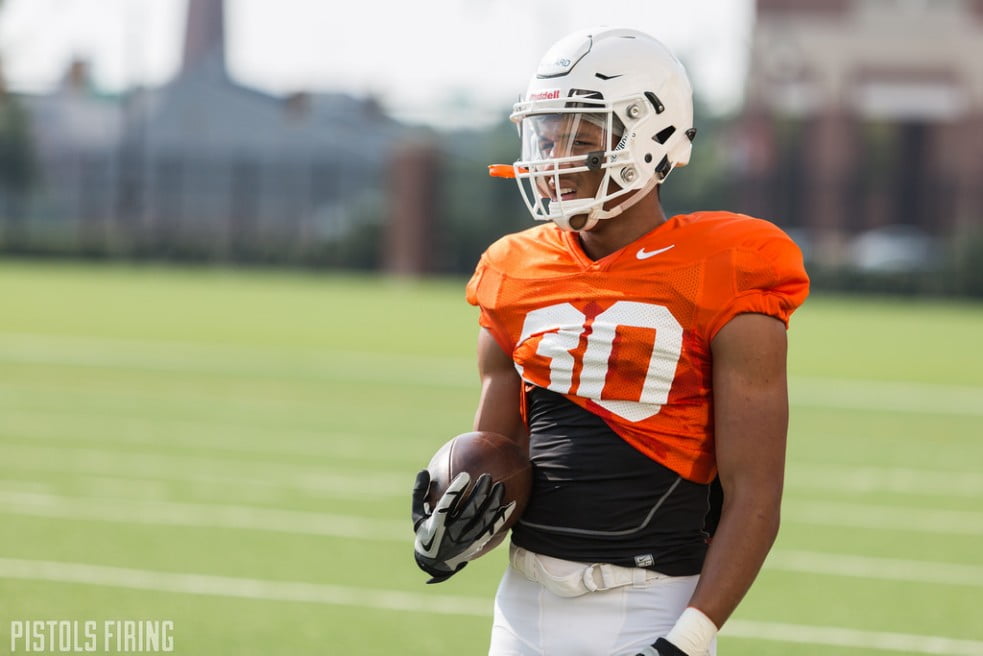 Last season entering the spring, it was Justice Hill then everyone else not named Justice Hill.

Chuba Hubbard and J.D. King signed with OSU with high acclaim last spring, but neither were surefire locks to break into the rotation. And unlike the season before, there was no veteran presence like Chris Carson to spell Hill as he gained his footing as the lead back as a sophomore.

This season however projects to be much different.

Justice Hill will again be the guy in 2018. Not only will he be the star of the running back room, he might be the focal point of OSU’s offense in a post-Rudolph world. What better way to break in a freshman QB in Spencer Sanders than riding an All-American candidate in Hill who can get you more than 5 yards a pop with ease?

J.D. King showed flashes as a freshman last season of being one of the league’s elite power backs, and I think the same will hold true with an offseason under his belt. At 5-11, 205 pounds, he packs a mean punch with killer lower body strength. Expect him to get a major workload inside the 20s, but also a healthy dosage of in-game runs as the lead back, too.

After a redshirt season sitting on the sidelines, Canadian star Chuba Hubbard is ready to be unleashed to the world. Hubbard, a sprinter who has elite top level speed and burst, is the future of the position.

Hill’s presence will limit him a bit as far as playing time, but when he’s in, he’ll make the most of his carries. Entering spring, I see him as the second lead back behind Hill, with King carving a unique niche of his own as an off-pace back.

Chuba, too, can be off-pace — but in a way that gives OSU’s offense a burst it doesn’t have with King on the field.

Jahmyl Jeter, a 2018 signee, likely won’t arrive on campus and prove himself anything more than a redshirt candidate. So I think it’s safe to count him out of the picture.

The only other scholarship running back on the roster is LD Brown, who impressed in spurts last season, but didn’t see a large work load. I think he could make a similar impact as last season — put him in late, let him be the second-team bell-cow, etc. — or he could even put his pass-catching skills to work. I can see a scenario in which he becomes an unofficial receiver out of the backfield.