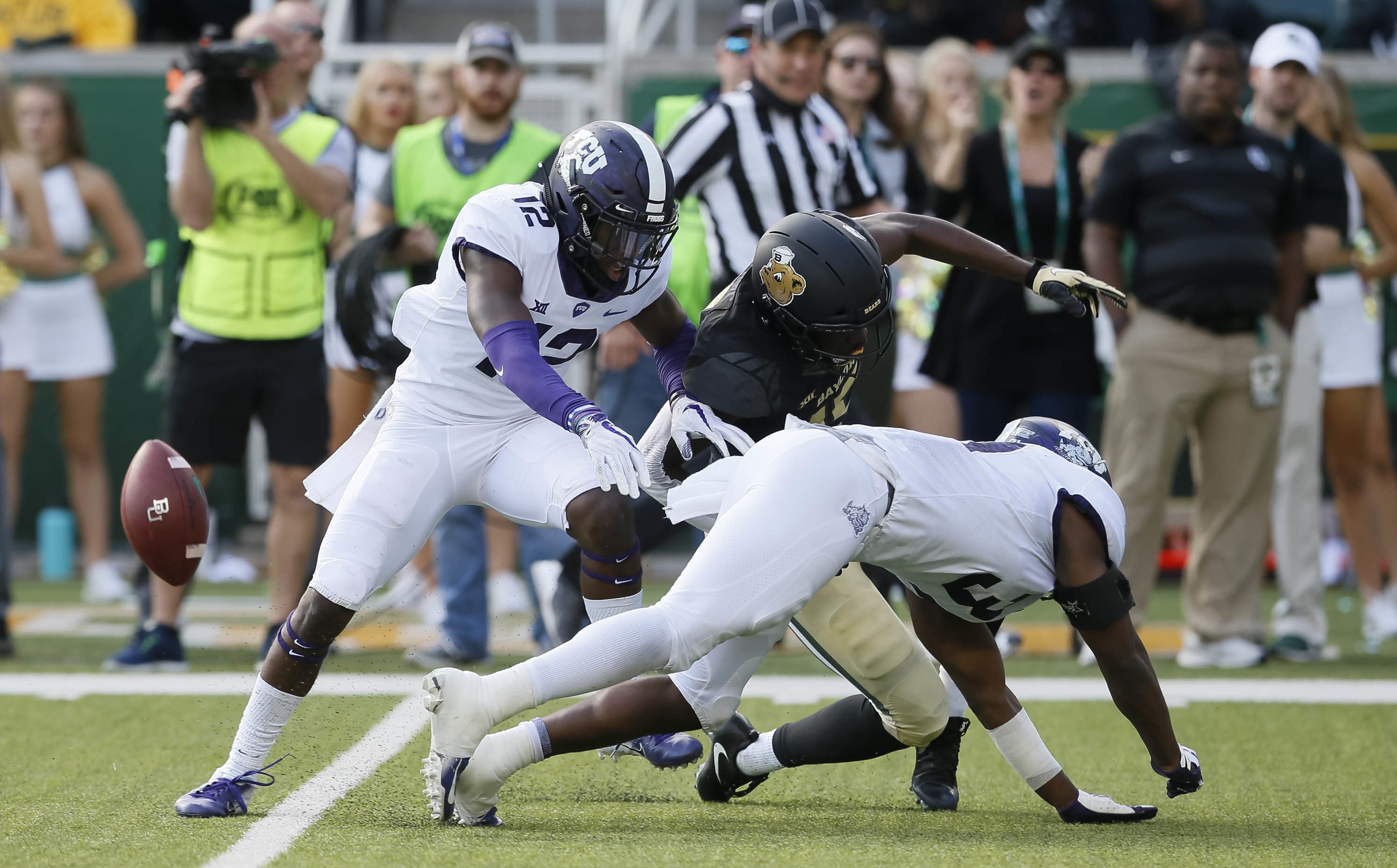 Oklahoma State plans to take on TCU for the seventh time as a fellow Big 12 opponent on Saturday, but this year’s Horned Frog team is a bit different from previous seasons. Just a year removed from playing in the Big 12 championship game, the Horned Frogs are on the verge of having their first losing season since 2013. But even though their offense has been lacking this year, the Horned Frogs still have one of the best defenses in the Big 12.

TCU is first in the conference in total and passing defense, but the one thing they specialize is getting off the field on third down. The Horned Frogs are 14th in the country and No. 1 in the conference on opponent third-down conversion percentage, holding teams to only a 31.6 percent conversion rate. Additionally, through their past three games, they’ve held Baylor, West Virginia and Kansas State to a combined 24 percent conversion rate. The Bears only converted two of their 13 tries in TCU’s 16-9 win.

The Horned Frogs don’t have any players that jump out statistically, but junior cornerback Jeff Gladney leads the unit with eight pass breakups in 2018. Another reason why the Horned Frogs have been so good on third down is because of their pass rush. The defense is second in the Big 12 in sacks (only behind OSU) and former first-team All-Big 12 defensive end Ben Banogu leads the team in sacks with 7.5 on the season.

Oklahoma State is converting 44 percent of its third downs this season. They converted 6 of 14 attempts against West Virginia in their 45-41 win last week. TCU will provide a unique challenge for the Cowboys with not only their defensive talent but also how they’re structured. But if the Cowboys can run the ball as effectively as they have in the past, they should be able to stay out of long third-down conversions and grind their way to a win in Fort Worth.