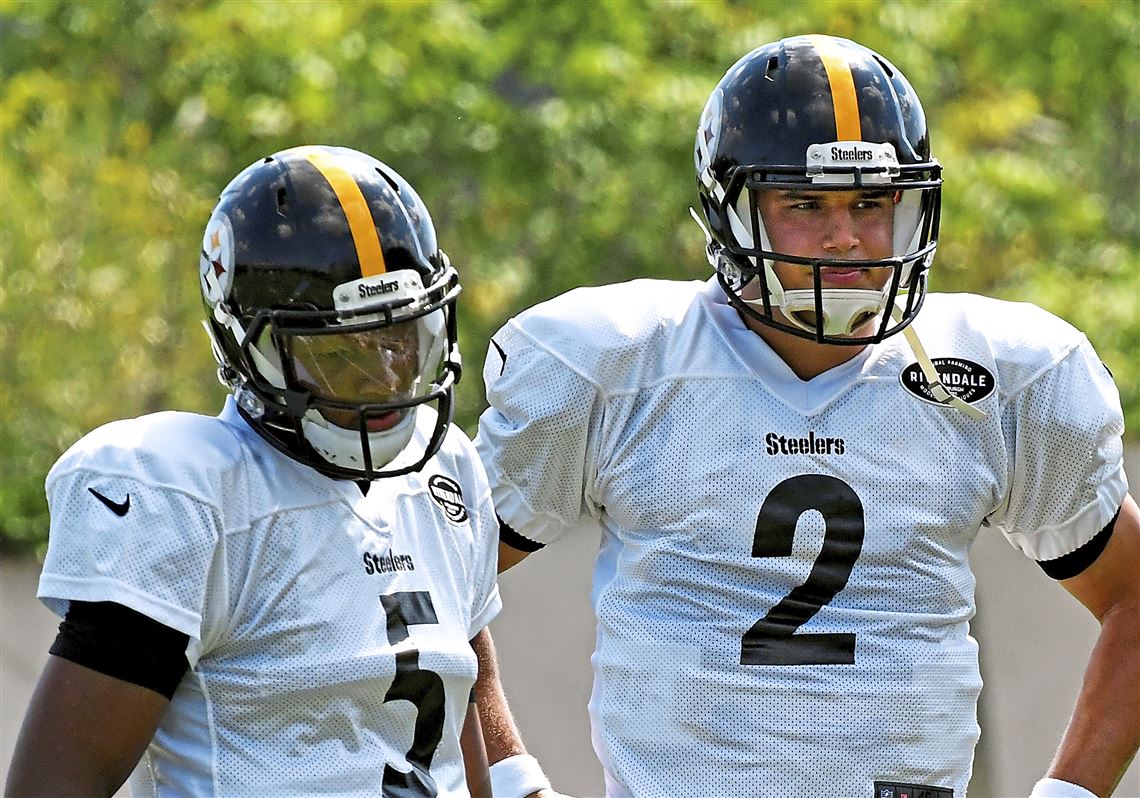 Mason Rudolph beat out Josh Dobbs as Big Ben’s backup this preseason, but the Pittsburgh Steelers kept Dobbs on the roster, leaving some to wonder if Rudolph had to be looking over his shoulder as the team’s No. 2 quarterback. Consider those concerns quelled.

The Steelers on Monday morning traded Dobbs to the Jacksonville Jaguars, according to the NFL Network’s Ian Rapoport. The move now leaves Rudolph as the unquestioned No. 2 QB in Pittsburgh.

Source: The #Jaguars have traded for #Steelers QB Josh Dobbs. The compensation is a 2020 5th rounder.

After what we saw Sunday … maybe Rudolph could soon be the No. 1. The Steelers aren’t benching a future Hall of Famer in favor of Rudolph, but Big Ben against the Patriots went 27 of 47 for an interception, no touchdowns and a 20.9 quarterback rating.

The 37-year-old has no plans to step away soon, but if he does — or if he gets dinged up as he seems to be every year — Rudolph is just one snap away perhaps from launching deep bombs to James Washington in a Steelers uniform.