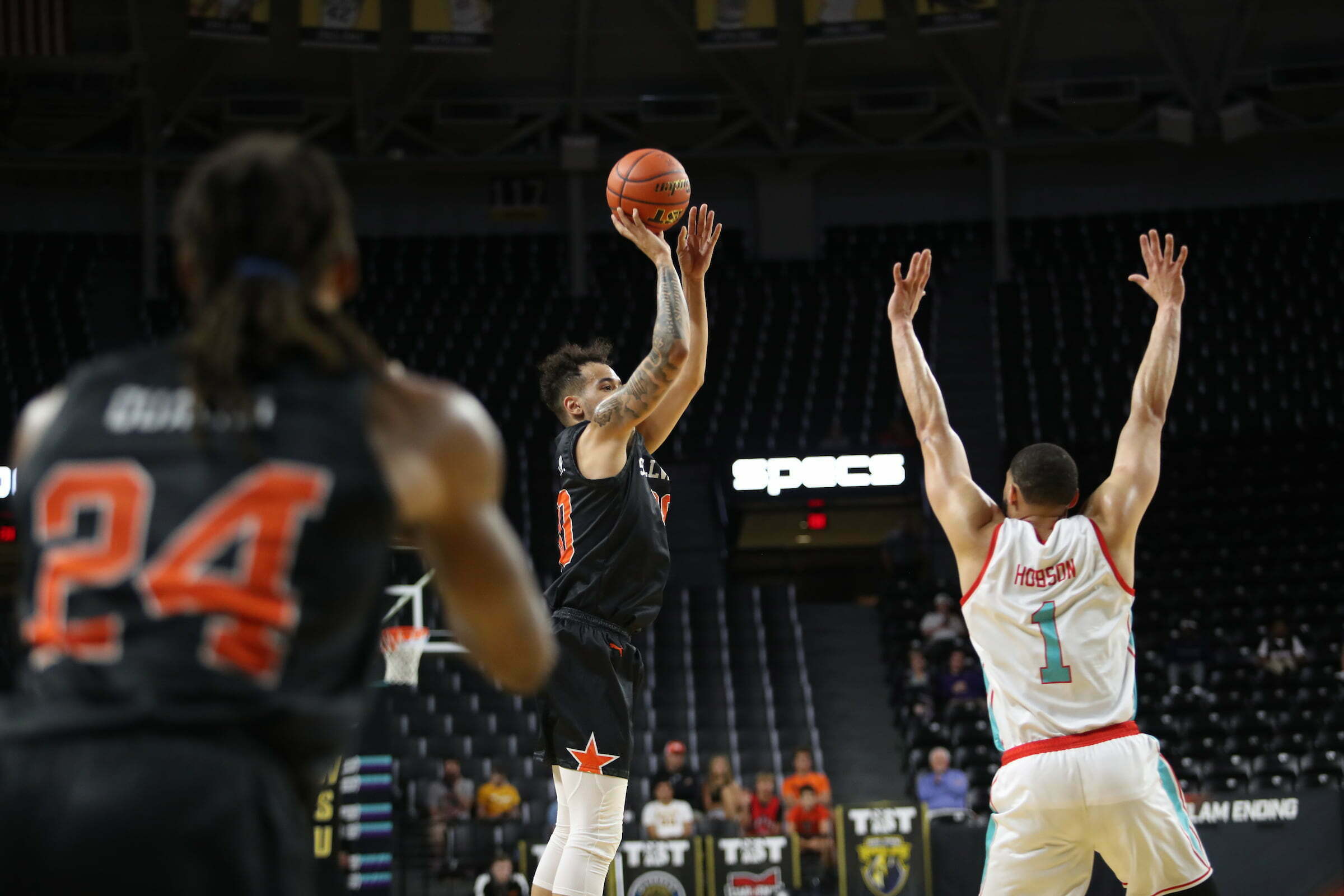 Eberlein Drive proved why it is the No. 1 seed in the Wichita Region of The Basketball Tournament, and it came at the Stillwater Stars’ dismay.

Eberlein Drive throttled the Stars 119-67 on Sunday night in TBT’s second round. There was no grandiose comeback to be had like the Stars pulled off Saturday night. From whistle to whistle, it was all Eberlein Drive.

Eberlein Drive finished 18-for-26 from 3 (impressive even in an empty gym) and also converted 18 dunks.

Jeffrey Carroll and Markel Brown were the only former Cowboys in double figures, putting up 11 points a piece. Former Arkansas big man Michael Qualls led the Stars with 20 points.

It was far from a storybook ending, but this concludes the Stillwater Stars’ second year in action. The Stars fell in the first round of last year’s COVID-altered tournament.

This year’s tournament saw the Stars get their first win in what might end up being the best game of the tournament. The Stars announced via Twitter they would be back.