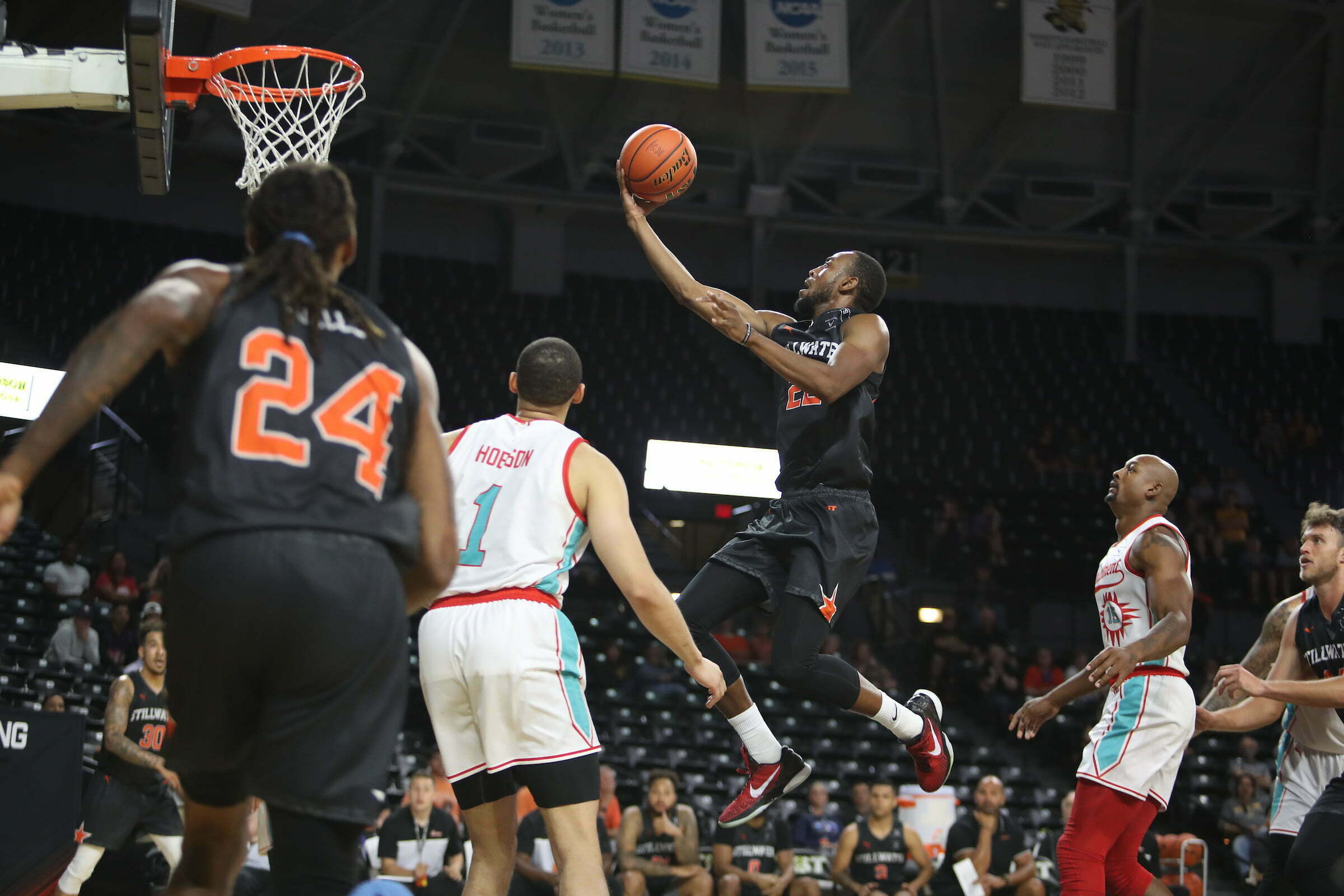 The Elam ending is intense, especially when a team is in the midst of a 23-point comeback like the Stillwater Stars were Saturday night.

The Stars, Oklahoma State’s alumni team in The Basketball Tournament, beat New Mexico’s alumni squad, Enchanted, 84-83 in the tournament’s first round and did so in miraculous fashion.

With 53 seconds to play in the third quarter, the Stars trailed 72-49, but Doug Gottlieb’s boys (you read that correctly) didn’t give up.

The Stars finished the third on a 4-0 run and turned that into a 12-0 run a few minutes into the fourth.

With four minutes to go, the Elam ending comes into effect. The game clock gets shut off, and a target score is established by adding eight points to the leading team’s score. Going into the Elam ending New Mexico’s alumni team led 76-69, making the winning score 84.

The Stars pressed defensively, and it gassed Enchanted. The Stars started the Elam Ending portion on a 7-2 run with four points coming from Brandon Averette to cut Enchanted’s lead to 78-76.

It was bully ball toward the end with physical play. It favored the surging Stars.

Enchanted put up a pair of would-be game-winning 3s that missed. After a second straight offensive board for Enchantment, the Stars fouled four times in a row, putting J.R. Giddens (of John Marshall High School fame) on the foul like with an 81-80 lead. Giddens made both to put Enchanted a point away.

The Stars missed a 3 on their ensuing possession, but Enchanted missed on the other end. Stars forward Michael Qualls, who played college ball at Arkansas, jammed home a dunk to make it 83-82.

Giddens missed a physical shot attempt in the paint on the other end. Markel Brown got the rebound and whipped it up the floor to Averette, who tossed a lob to Jeffrey Carroll to end it.

Gottlieb threw his hat in the ring for OSU’s coaching job after Travis Ford and Brad Underwood left. There is an alternate universe where he was Carroll’s college coach. Gottlieb said he didn’t put a ton of thought into that going into this experience.

“I didn’t want to go out like a bunch of suckers — going out down 23,” Gottlieb said. “And yeah not getting [the] Oklahoma State job like, ‘Good thing we hired Mike because that guy couldn’t coach a lick.'”

Carroll struggled early for the Stars, but he led the team with 10 second-half points and did so on 57% shooting. He ended the game with 18 points, six rebounds and three assists.

Brown provided the first half scoring, putting up 12 at the break. He also ended with 18 points. Of course, Brown also got in on the Lob Stilly action with a nice assists from Cezar Guerrero.

Averette was underappreciated in his two seasons in Stillwater. He was a young player trying to find his way on Brad Underwood’s first team and Mike Boynton’s first team. He went on to have success at Utah Valley and BYU. In his first game with the Stars, Averette scored 12 points and led the team with six assists and three steals.

“Man, he’s came a long way since his first day in Stillwater,” Carroll said. “He’s a bulldog. Today he showed it. Today he showed how tough he was. He made great passes, made some tough shots, and today he showed the true player that he really was.”

The Stars also got help from their imports. Qualls put in another 18 points, and Jayce Johnson, who played college ball at Marquette, added 13 points and 15 rebounds.

The Stars advance to TBT’s Second Round where they’ll play Eberlein Drive at 8 p.m. Sunday in Wichita. Eberlein Drive is the No. 1 seed in the region and won its first game 86-68.