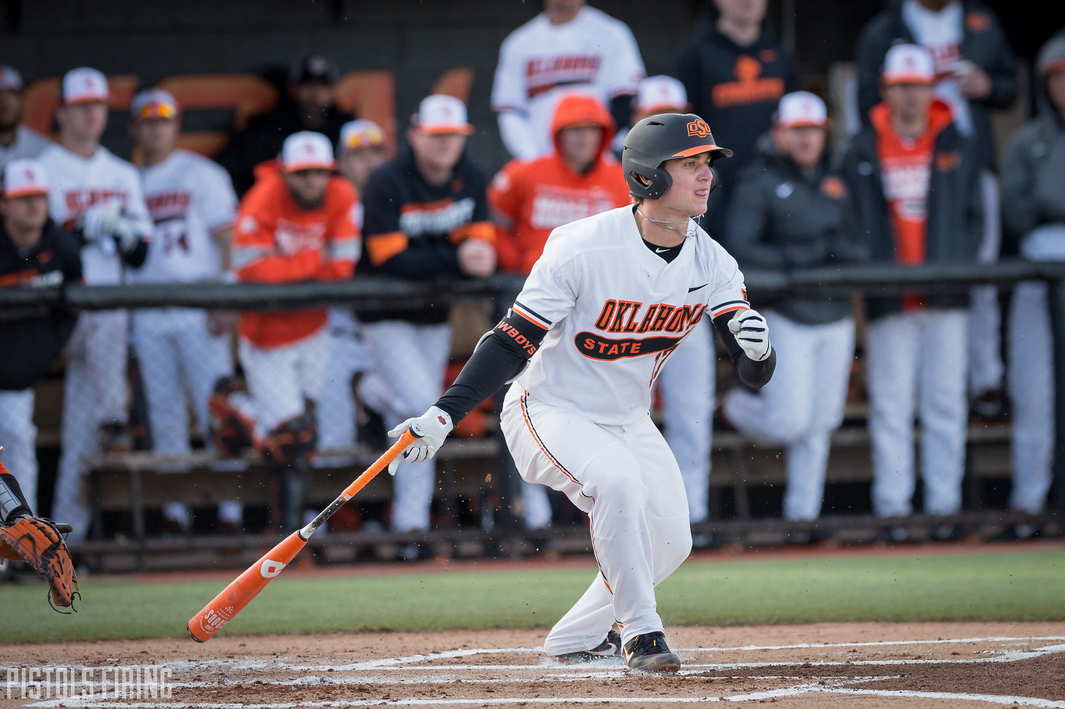 We’re bringing back the stinks/doesn’t stink column. Please hold your applause until the end. This is a weekly forum where I can freestyle on stuff I’ve seen over the last week that — you guessed it! — stinks and doesn’t stink. How original, right? Even my own column name might stink.

Nonetheless, what you’ll get is unfiltered thoughts from yours truly. I’m not here to make friends; I’m here to shoot you straight. If I entertain you along the way, then please support me by subscribing to my MySpace and Xanga accounts.

Oklahoma State’s baseball season is officially underway, and after opening its season with a heartbreaking 10-3 loss to Grand Canyon on Valentines Day — part of a 1-2 start to the season — this team has rallied. Like, really rallied: the Cowboys are 6-2 overall with five straight wins, during which they’ve beaten Arizona State on the road, swept UT Rio Grande Valley and are on the verge of sweeping Little Rock.

OSU hasn’t suddenly become world-beaters, but this team is winning — and winning handily — over talented teams. The optimism is real.

Where its strength lies is in the bullpen, which should buoy this club. But the offense — which has already scored six or more runs in five games — is perhaps a pleasantly surprising development thus far. We’ll see if it keeps up. Even after losing Trevor Boone, Colin Simpson, Christian Funk and Andrew Navigato, there’s plenty of punch to get this team to Omaha after falling a game short a season ago. Just don’t compare last year’s team to this year’s team.

“I don’t compare teams,” said OSU coach Josh Holliday this week when asked about the difference between last year’s and this year’s earlier this week. “They’re like your children, you love them dearly for who they are, you don’t compare them. This year’s team so far has been fun because up and down the lineup, you feel pretty competitive — all nine batters. We’ve got a nice mix of righties and lefties, and I’m excited to see what the lineup can look like when we get all the guys in that groove. Hopefully we’ll get to that point sooner than later. I like this team, I like the potential of this team.”

Taking over a program typically takes years to build into success. So when Mike Boynton took over in 2017 from Brad Underwood, winning 21 games and nearly making the NCAA Tournament, it was a surprise. Fair or not, it set expectations that a competitive team capable of being in the tourney — or actually being in the tourney — was the bar.

Then last year happened: a 12-20 record with dismissals and transfers.

Then this year happened: a 14-14 record with the top recruit transferring amid controversy and — barring something wild — another missed NCAA Tournament.

So why isn’t OSU winning? Boynton’s in his third year and this team is no better than his first team. And meanwhile, only three players on the team he took over are still on this team as Stillwater has served as a swinging door for early departures unhappy with their fit on the team or managed to squander opportunities at this level. (See: Michael Weathers.)

The answer is … I’m unsure. I think this team is better than its record would lead you to believe. When it is firing on all cylinders, this is a tourney team, only there’s at least one cylinder misfiring on any given night. The NIT is now the goal — not the floor — for this team.

Don’t hit that panic button yet though.

Even with Thomas Dziagwa, Lindy Waters and Cam McGriff on their final tour, OSU should make a step forward in 2020-21. I know that’s hard to buy into now — OSU will be young and heavily reliant on true freshman Cade Cunningham to be a star — but that’s why I’m bullish: because Cade Cunningham is a star.

If the Boone twins make a leap this offseason, and Ice develops a reliable jumper, and Avery Anderson develops physically, I see no reason why Cunningham and Co. can’t be legitimate threats to challenge for a top-4 spot in the Big 12 next season. That might be an answer filled with some orange kool-aid, but whatever. Bookmark this. When we look up and OSU is 20-7 next season and knocking on the door as a darkhorse conference contender, don’t say I didn’t warn you.

Long story short, Kansas and Baylor have beautifully masked what has otherwise been a doodoo league all season. Both are projected No. 1 seeds from the great Jerry Palm. Next is West Virginia, a projected 5 seed, followed by Texas Tech, a projected 8 (!) seed. OU, Texas and TCU are all on the bubble and living life dangerously.

That means the league is prepared to (potentially) send just four teams to the NCAA Tournament this year — the fewest since realignment.

If KU and Baylor make deep runs as expected, this may not matter. The Big 12’s perception won’t take a hit. But it’s notable that the league has lost its footing overall as the most challenging in America, and it’s tracking as one of the weakest leagues it has fielded overall in more than a decade.