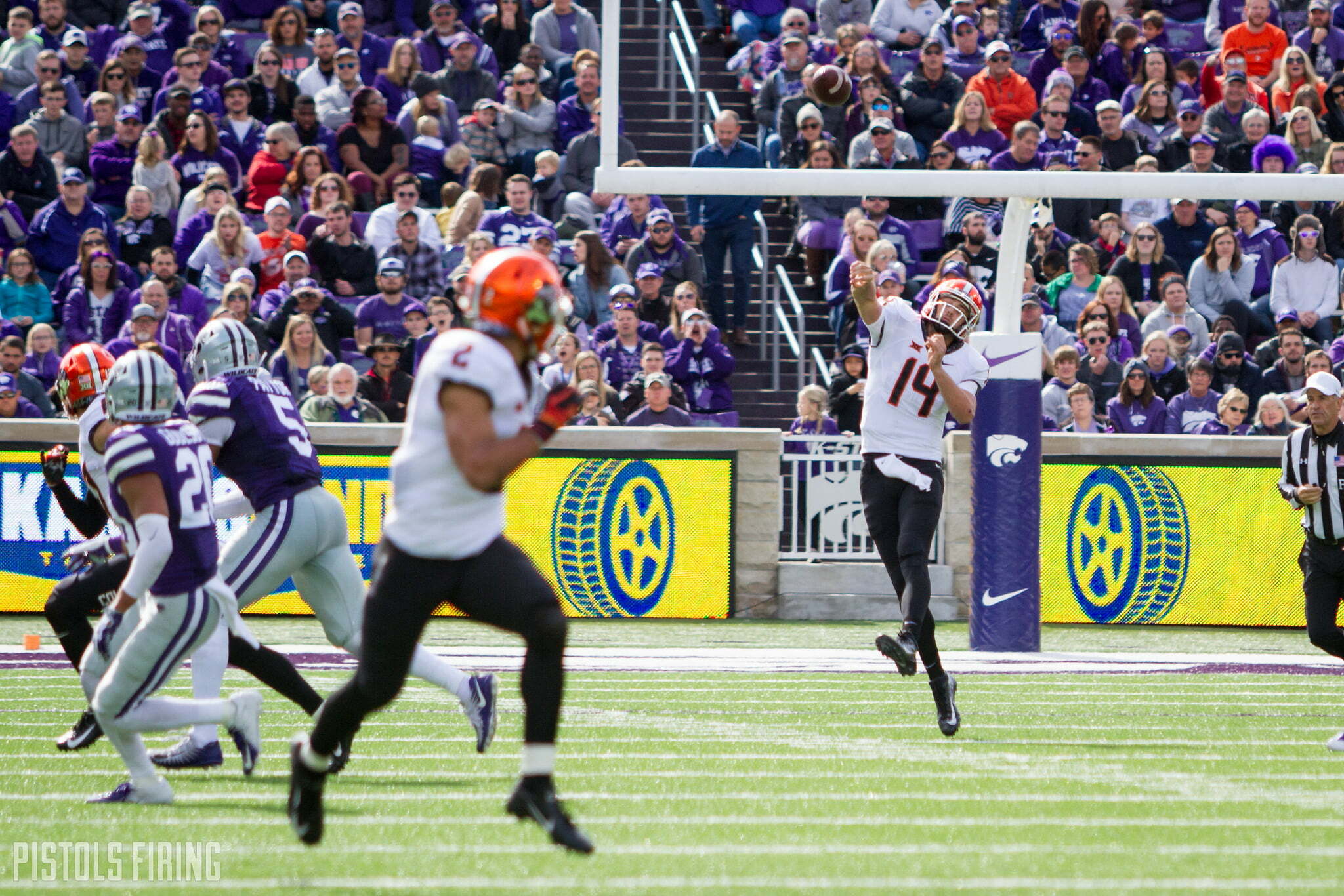 There might not be anybody better qualified to talk about the greatness of Biletnikoff finalist Tylan Wallace than fellow starter at wideout, Dillon Stoner.

Stoner had only 42 catches for 544 yards and 1 TD to Wallace’s 79 for 1,398 and 11, but he’s had a front row seat for two straight years to watch Wallace’s meteoric rise into becoming one of the handful of the best wide receivers in the country.

So what makes Wallace special? Well it’s the same thing that made Rashaun Woods special. Neither is the most athletic player on the field (though Tylan is certainly more athletic than Rashaun), but there are other ways to get your mitts on the ball.

“He’s probably the best route runner that I’ve ever seen in person,” said Stoner of Wallace on Thursday. “Just sharp routes, great hands, always competing, all around he’s very, very good. Obviously he’s in the running for the best receiver in college football.”

Well he was. Wallace lost out on the Biletnikoff to Alabama’s Jerry Jeudy. It would have been OSU’s fourth Biletnikoff in the last nine years. No other team has collected more than two since the award started in 1994 (Oregon State, Texas Tech, Pitt and now Alabama all have two).

All-SEC cornerback Demarkus Acy discussed one of the guys his secondary will try to shut down on Monday in Memphis. Good luck with that, by the way. Wallace is averaging eight catches for 152 yards a game against the four ranked teams OSU has played this year. And Mizzou hasn’t exactly been elite at stopping the pass.

“From watching film, those guys are a lot of deep threats. You can’t sleep on those guys,” said Acy.

Wallace is tied for second nationally in receptions of 20+ yards with 25.

“We see how they attacked the field, down the field against Texas,” added Acy. “They have a Biletnikoff finalist over there — I believe his name is [Tylan] Wallace. They look pretty good. You just can’t slack off any. Those guys are a threat to us.”