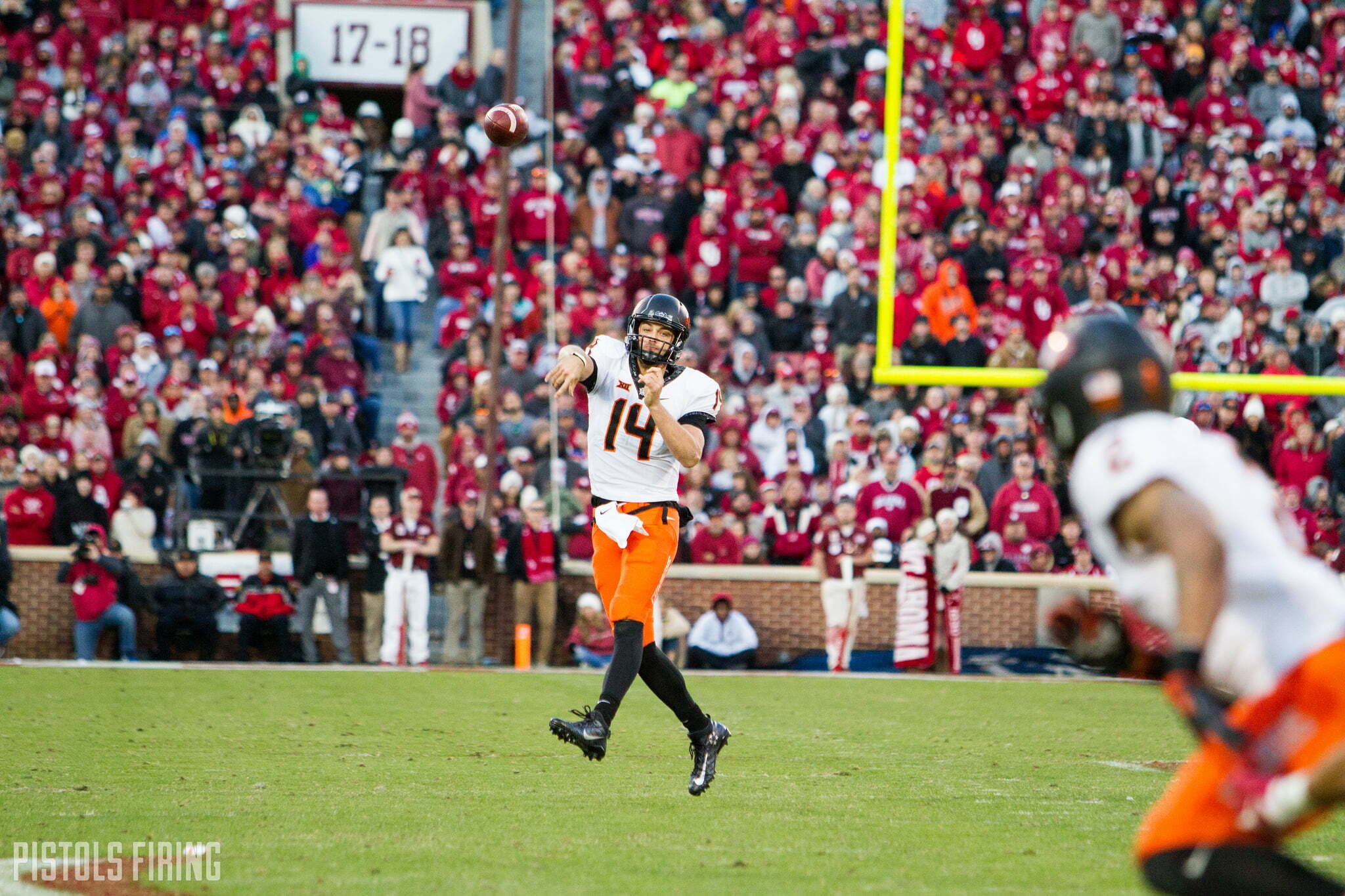 Earlier this week I touched on Missouri’s offense and covered a couple of keys to the game for the Oklahoma State defense. Now, I wanted to discuss the Tigers’ defense and how the Cowboys should attack them.

Barry Odom has a long history in Columbia. He played middle linebacker for Mizzou, started his college coaching career as a graduate assistant there, was named defensive coordinator in 2015 and since 2016 has been the head coach of the Tigers. The Lawton, Oklahoma native is a defensive-minded coach, and even though he relinquished the defensive coordinator duties once he took over as the head man, he still is heavily involved on that side of the football.

In 2012, Odom left his position as safeties coach for Missouri to take over the defensive coordinator position at Memphis. During his time coaching that different set of Tigers, Odom incorporated a 3-4 defensive alignment which had a defensive end/linebacker hybrid to one side of the defensive line and a linebacker on the other. He used a lot of disguised blitzes and coverages to gain an advantage over the offense. SBNation’s Ian Boyd shows this alignment in the image below. 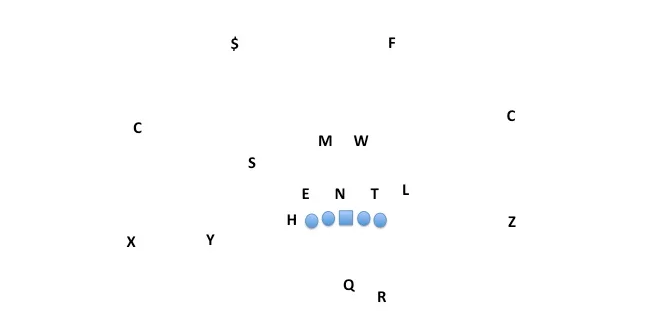 However, when Odom returned to Mizzou, he stuck with his predecessor Dave Steckel’s 4-3 scheme, but has since mixed in several other defensive alignments to make the Tigers’ defense more “multiple.” He and defensive coordinator Ryan Walters, a former safety at Colorado, have lined the UM defense up in a 4-3, 3-4 and a couple different dime packages in 2018, along with several other alignments. I’ve shown some of these formations below. 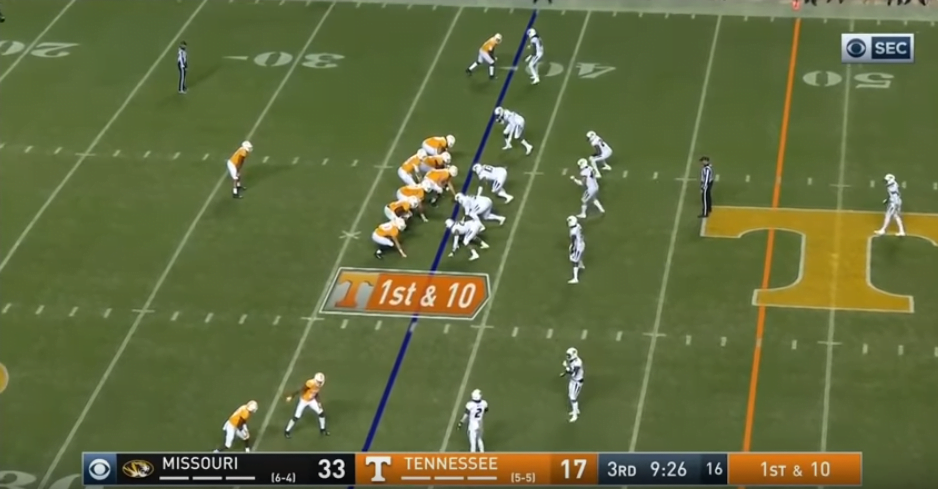 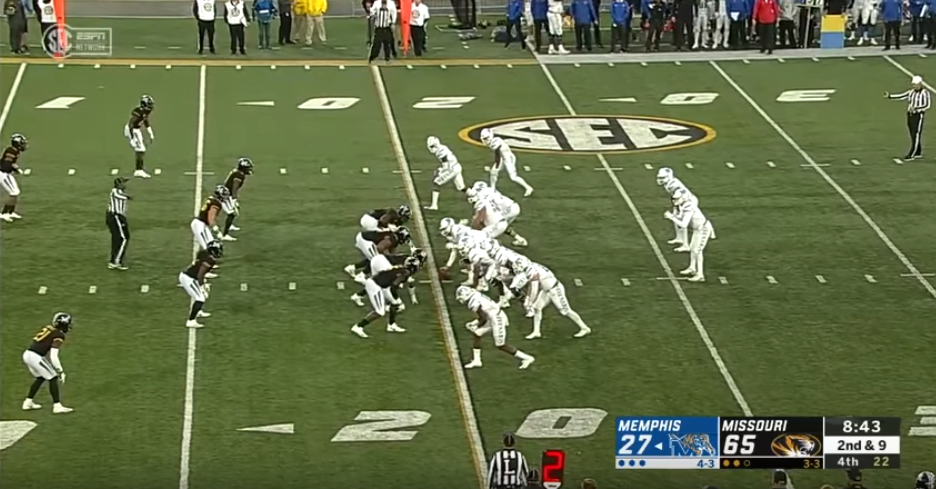 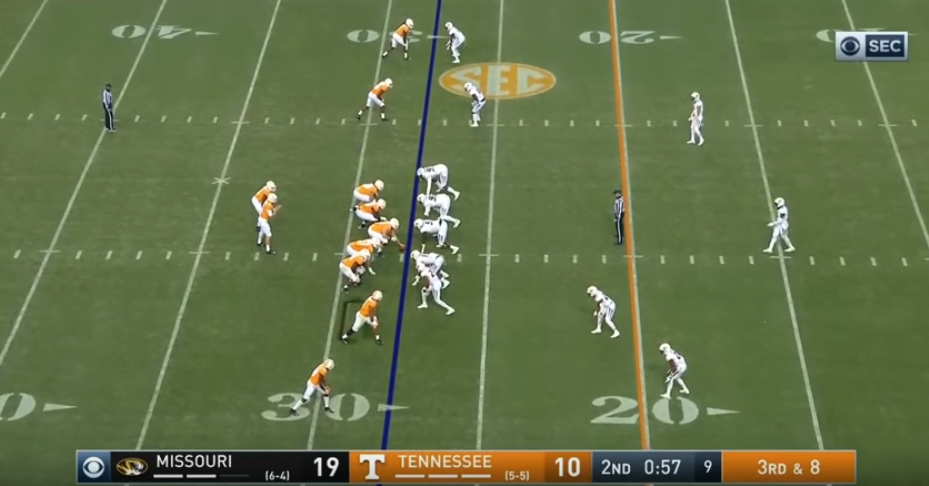 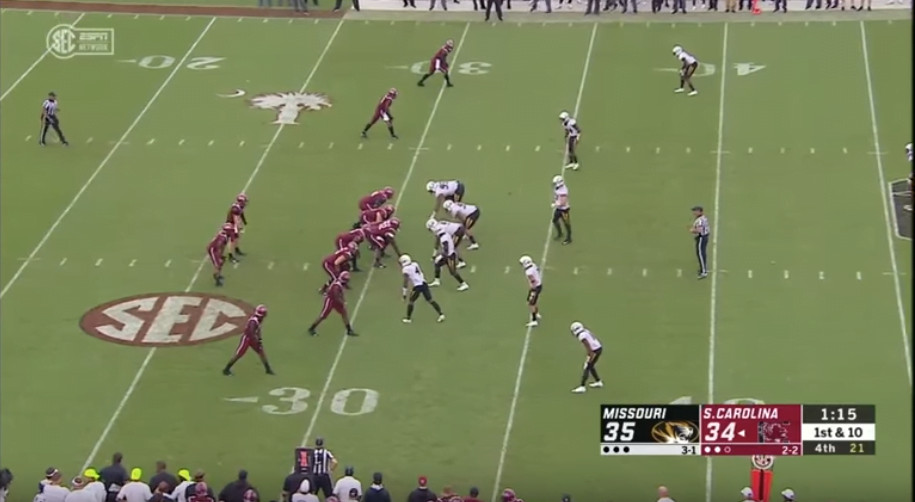 During his tenure as head coach, Odom has done a solid job of recruiting athleticism and versatility on the defensive side of the football which has allowed him to utilize these different looks and formations.

Now that I’ve discussed the Missouri defensive style, I’ll move some keys to the game for the Pokes.

Attack Through the Air

The top five passing performances by Missouri opponents in 2018 were their four losses and a very slim three-point victory over Purdue. The Tigers pass defense is ranked 105th in the nation, while their rushing defense comes in at number 22.

Teams have been able to expose the UM defense on the play action pass, as you see below from the Purdue game where the Boilermakers racked up 572 yards through the air.

Teams have also been very successful when getting their tight end involved, shown in the above video, as well as their slot receivers, displayed in the clip below.

The Mizzou secondary played a fair amount of man-to-man coverage this season, but they were exposed at times, like against Purdue. I don’t think Missouri has the talent to play man-to-man against the Pokes for the entire game, and when they are in zone, there should be some openings underneath.

Although, when the Cowboys do see one-on-one coverage on the outside, guys like Tylan Wallace and Tyron Johnson should be able to exploit their matchups, similar to what Georgia does in the following clip.

Taylor Cornelius has been accurate on his short to intermediate throws for most of the season, so he should be pretty comfortable with these routes against the Missouri defense. Finding some early success on passes to Dillon Stoner, Landon Wolf, Jelani Woods and Chuba Hubbard on underneath routes will open things up for the deeper passes to Wallace and Johnson.

In addition, if the Tigers are forced to play their dime packages on early downs to try and combat OSU’s passing attack, this could open things up for Cornelius, Hubbard and LD Brown in the running game.

The Mizzou defense has recorded 25 sacks on the season, however in their four losses, they have only tallied 5. This means in their eight wins the Tigers are averaging 2.6 sacks per game compared to 1.3 in their four losses. The Cowboy offensive line has not done the best job of protecting TC this season, but if the OSU O-line can give Corn Dog some time against the Tigers, he could be in for a huge day through the air.

The Tigers do have some talented pass rushers in second-team All-SEC selections Cale Garret and Terry Beckner Jr. along with Terez Hall, so it won’t be an easy task for this Oklahoma State front. But teams have been able to slow them down this season and we will see if the Cowboys are able to come Monday afternoon.

Overall these are pretty obvious and simple keys to the game, but I think if the Pokes can open things up early with the short to intermediate passing game, while mixing in some RPOs, they will find success and it will create space for the running game.

The Tigers’ secondary has been suspect at times this season, but they do have some skilled players such as cornerback and second-team All-SEC selection DeMarkus Acy. However, I think the Cowboys’ talent at wide receiver, coupled with TC’s ability to convert the short to intermediate throws, can exploit this Mizzou secondary.