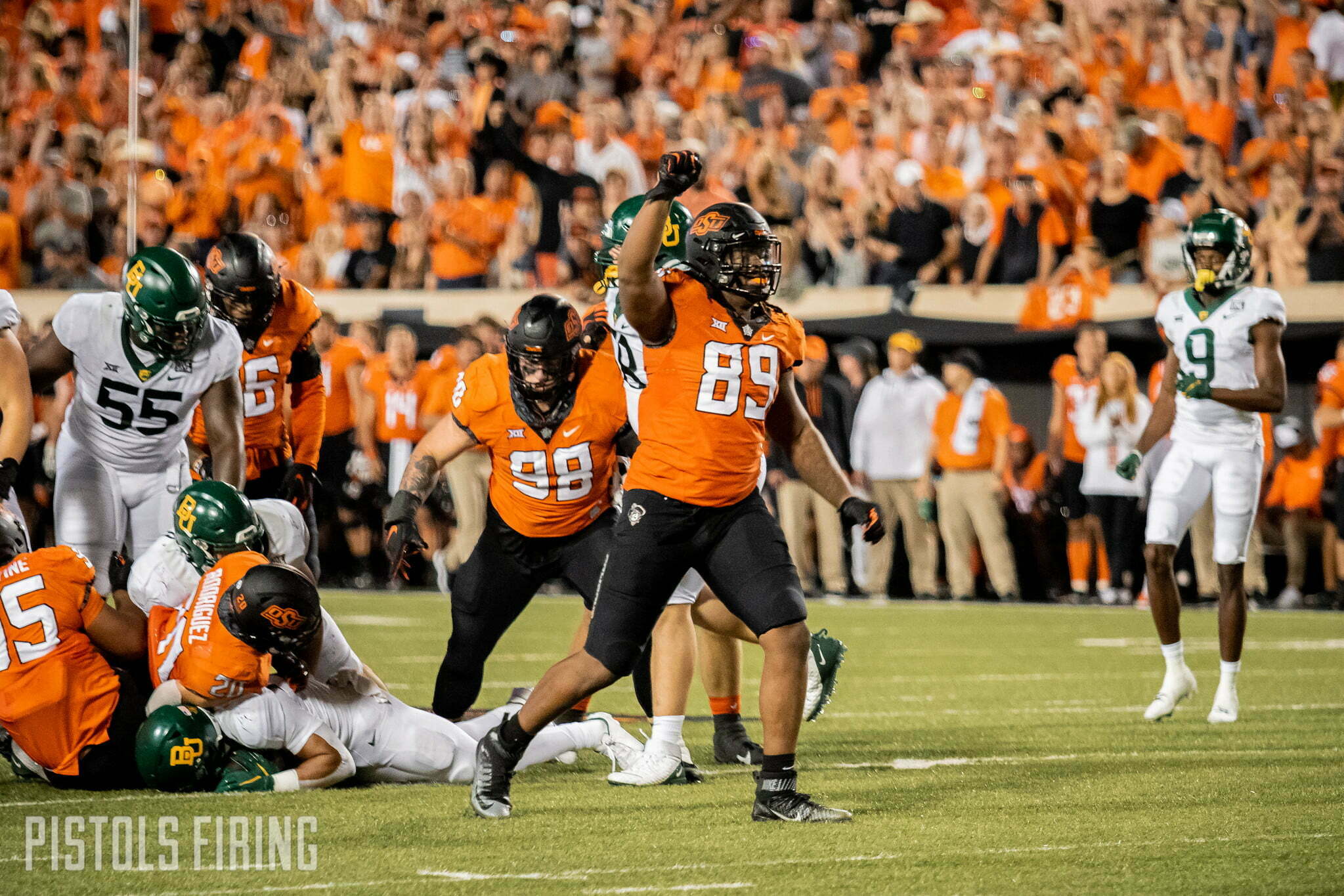 The Cowboys earned a hard-fought win over No. 21 Baylor on Saturday, and OSU 5-0 for the first time since 2015 and for the fifth time during Mike Gundy’s tenure.

Here are 10 more significant streaks and stats that come out of the Cowboys’ 24-14 win.

• OSU’s current streak of seven-straight wins is its longest since 2016.

• The Pokes defense held Baylor to just 99 total yards of offense in the first half. OSU has allowed less than 100 yards in a single half in four-straight games.

• This marked OSU’s first back-to-back wins over ranked opponents since 2013. It’s Gundy’s 33rd career win over teams in the AP Poll. Among active coaches, only Nick Saban and Dabo Swinney have more are their current schools. As a program, OSU is 141-66 against AP ranked teams and has won five of seven when both teams are ranked.

• Jaylen Warren has reached triple digits in each of his three starts for Oklahoma State and had scored a touchdown in five of his past six games played overall. He’s sitting at 512 yards and six touchdowns through five totals games this season. OSU has had a 100-rusher in 10 of its last 13 games.

• Tay Martin makes for a nice lightning to Warren’s thunder. Other than the two-play (and injured) outing against Tulsa, he’s reached 100 yards receiving in all three games that he’s appeared in this season. Despite basically play in three games, he leads the Pokes with 315 receiving yards.

• The Pokes lost the turnover battle 3-zip, but didn’t allow a score off of any of them. OSU’s defense followed up each of Spencer Sanders’ interceptions with a three-and-out.

• OSU has won 75 consecutive games when holding its opponent to fewer than 20 points, dating to Sept. 13, 2003  – the longest active stretch of time in the FBS and longest since at least 1980.

• OSU’s defense caught the Bears in a trap in the first two quarters, forcing Baylor to punt on each of its first eight drives. The Bears were 0-for-6 on third down in the first half and had only six rushing yards before halftime.

• The Cowboys owned a 14-0 lead at halftime. OSU is 35-5 when leading at the break over the past occurrences.

• Baylor came into Saturday’s contest averaging 45.5% on third downs, good for fourth in the Big 12. The Cowboys offense held the Bears to just 20% (3-of-15) on Saturday. OSU has held offenses to less than 50% on third downs in 16-straight games.