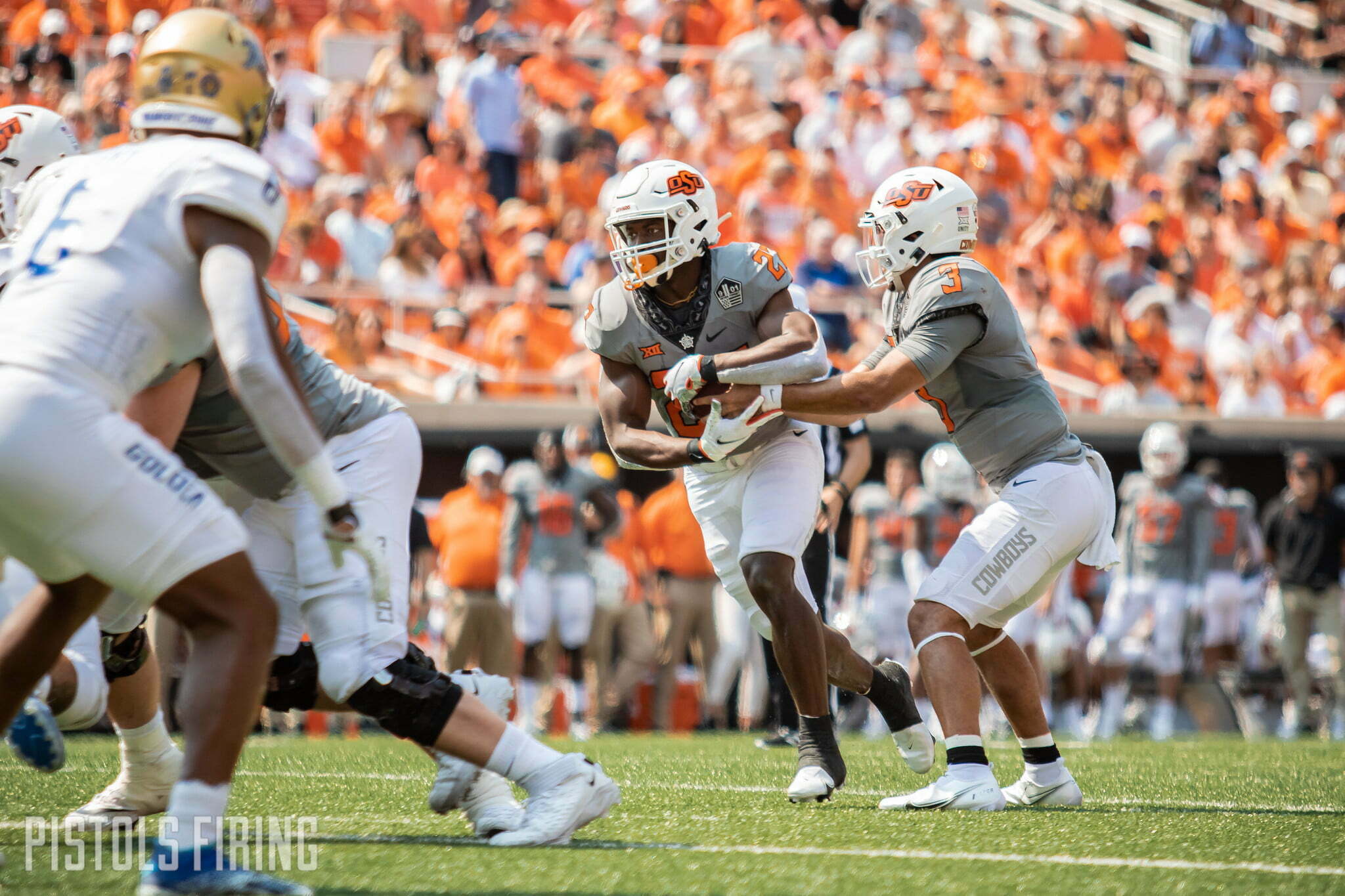 Now that we have some data to go off of, let’s take a look at each team based on their statistical strengths and weaknesses — at least through two weeks.

The Cowboys have yet to break 30 in a game and have averaged just under 350 yards of offense on the season, but they’ve been nearly flawless once they get inside the 20.

OSU is a perfect 7-for-7 in red zone offense, scoring on each trip with six of those being touchdowns to just one field goal. Across the field, Boise has been decent protecting its goal line, allowing scores on 5-of-7 trips but holding teams to two field goals.

Conversely, Boise is 10-of-11 in red zone offense on the year, scoring six TDs to four field goals. The Cowboys have allowed teams to score 6-of-7 inside the orange 20, but held teams to a field goal on half of those scores (three).

Thanks to an offensive explosion during their home opener with against UTEP last Friday, the Broncos are T21st in scoring offense, averaging 42.5 per game. They scored 31 in a slim loss to future Big 12 program UCF in Week 1 and then hung 54 on the Miners. Meanwhile, OSU was unable to reach 30 against either Missouri State and Tulsa.

This week Mike Gundy pointed to schemes and youth at receiver as issues that his offense is facing. If the Cowboys want to keep stride with the Broncos, they’ll need to get those kinks worked out and find a way to put up some points.

Run Game: Weakness for Both

The Cowboys have had a hard go on the ground over two weeks. Against an FCS team and a team that lost to an FCS team, OSU mustered just a 95 yards per game (112th nationally) and is averaging just 2.7 yards per carry.

Gundy talked about those rushing woes after the Tulsa game.

“Come together and decide how to rush the football, and we have to rush the football for 4.5 yards a carry because we’re very, very young on the perimeter right now,” said Gundy. “Year’s past, we could always rely on just chunking it down the field, somebody making a play that makes us all look good. As we develop those guys on the perimeter, we’re gonna have to get better at rushing the football. I’m not necessarily just talking about our blocking, I’m talking about our schemes. We have to decide what’s best, and we have to get good at that.”

Return Game: Strength for Both

Oklahoma State fans are still buzzing about LD Brown’s 98-yard kickoff return score that gave the Cowboys a shot in the arm against Tulsa, but Boise fans were treated to a similar spectacle in the win over UTEP. Dynamic wideout Stefan Cobbs returned a punt 81 yards to the house. Cobb also logged a 61-yard touchdown reception and 179 all-purpose yards.

(This clip should help adjust your eyes to the ground hue before Saturday.)

It’s a small sample size, but through two games Boise ranks No. 2 nationally in punt return yardage per game and Oklahoma State ranks eighth in kick return yardage. Both of those averages are inflated by those two big returns, but the fact that each team has the ability to flip a game in one play should make things that much more interesting.