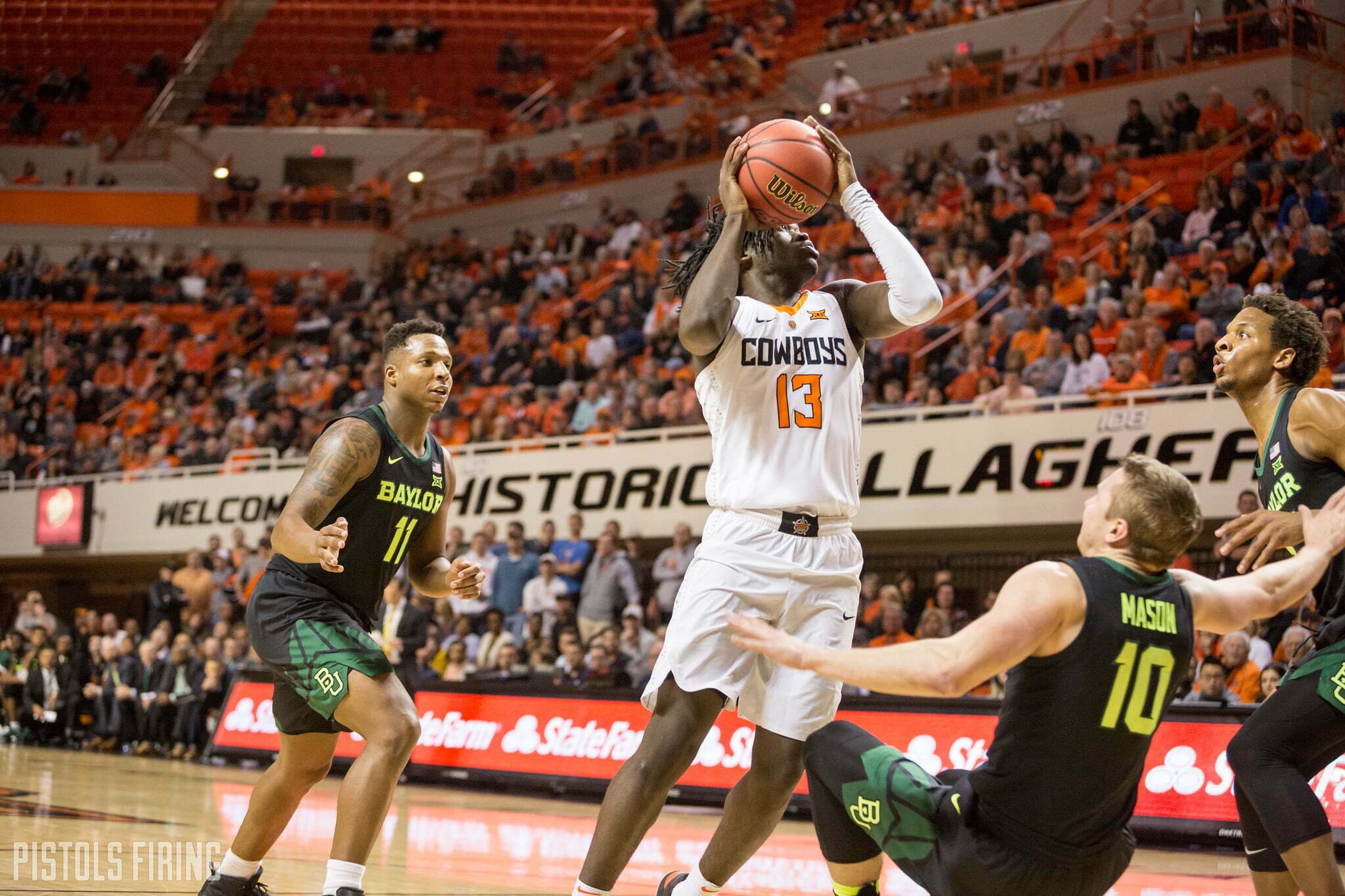 As we enter the portion of the calendar where Mike Gundy trades his zip-away ski pants for overalls and no undershirt, there is still plenty to talk about when it comes to Oklahoma State.

First things first: A little over eight weeks from now (!), it will be an OSU football game week. But there will also be much #content made between now and then. Big 12 media days is on deck, Carson, Boone and I are set to finish near the cellar at the annual media event at Karsten again and Viktor Hovland is going to steal The Open in Rory McIlroy’s backyard.

1. Mike Boynton, elite recruiter or the 🐐 recruiter? Not sure if you’re keeping score at home, but Boynton is about to land a top-three player for 2020. That to go with a top 25 class for 2019. I said before last season started that 2018-19 would be the lowest point of the Boynton era, and if his yeoman’s work on the crootin trail is any indication then he seems pretty intent on proving me right. Here’s the part about the Cade Cunningham news surge from Rivals writer Corey Evans that made my knees buckle.

If the hiring of Cannen Cunningham does bring forth the commitment of Cade Cunningham, the ramifications could be immense. Already, the Cowboys hold the pledge of Rivals150 guard Davonte Davis and are in a great spot for five-star guard Bryce Thompson and top-75 center Jaylin Williams. Cunningham is just the type of transcendent talent that others want to play alongside of which could entirely change the complexion of where the top talent enrolls in the fall of 2020. [Rivals]

2. Can Hova and Wolff get their Tour cards? As non-members of the PGA Tour, both Viktor Hovland and Matthew Wolff can receive up to seven sponsor invites into tournaments before the end of the season. Getting special membership is difficult and amounts to at least a couple of top 15 or top 20 finishes (depending on the event). That will allow them to have unlimited sponsor invites.

Getting a PGA Tour card for 2019-20 is even more difficult as they have to essentially accomplish what the 125th-best golfer on the PGA Tour accomplished last season to do so. The hard part is that there’s less than two months left before the end of the season. There are multiple paths other than this one onto the Tour, but both are good enough to pull a Jordan Spieth in 2013 and get it done in June, July and August.

3. Ice Sculpture: Isaac Likekele is currently in Heraklion, Greece to participate in the FIBA U-19 World Cup. The US team’s first game is this Saturday against New Zealand (full schedule here), and OSU’s future backcourt (😏) of Ice + Cade Cunningham will be on display. Cannot wait.

4. What will Mike Gundy do at B12 media days? Last year he named Corndaddy the starter and made emoji faces with his actual human face at Jenni Carlson. Vegas has actually taken this prop bet off the board because for all we know he’s going to come hang gliding into Jerryworld in the wake of Boone Pickens’ plane and rip off his Brooks Brothers suit to reveal Brandon Pettigrew Lions jersey, which he will obviously proceed to wear for the rest of the festivities.

I don’t expect Gundy to name a starter at QB like he did last time around, but I do expect that we’ll have 3-4 hilarious, great 2019 narratives that we didn’t see coming.

5. Summer transfers: There are currently hundreds and hundreds of players still sitting in the transfer portal, and it appears that Oklahoma State has a spot to give (I’m currently double-checking on this though because sometimes assigning scholarships to different class years can be obfuscated so don’t hold me to it if this changes when I get my answer back).

If there is in fact a spot — as it appears on 247 that there is — where might they fill it? Could it be with a grad transfer who will end up contributing in 2019? The level of play we see from transfers often doesn’t match their hype — hashtag Kemah Siverand — but OSU has a long history of grabbing guys in May, June, July and even August to see them get meaningful minutes in September, October, November and December.