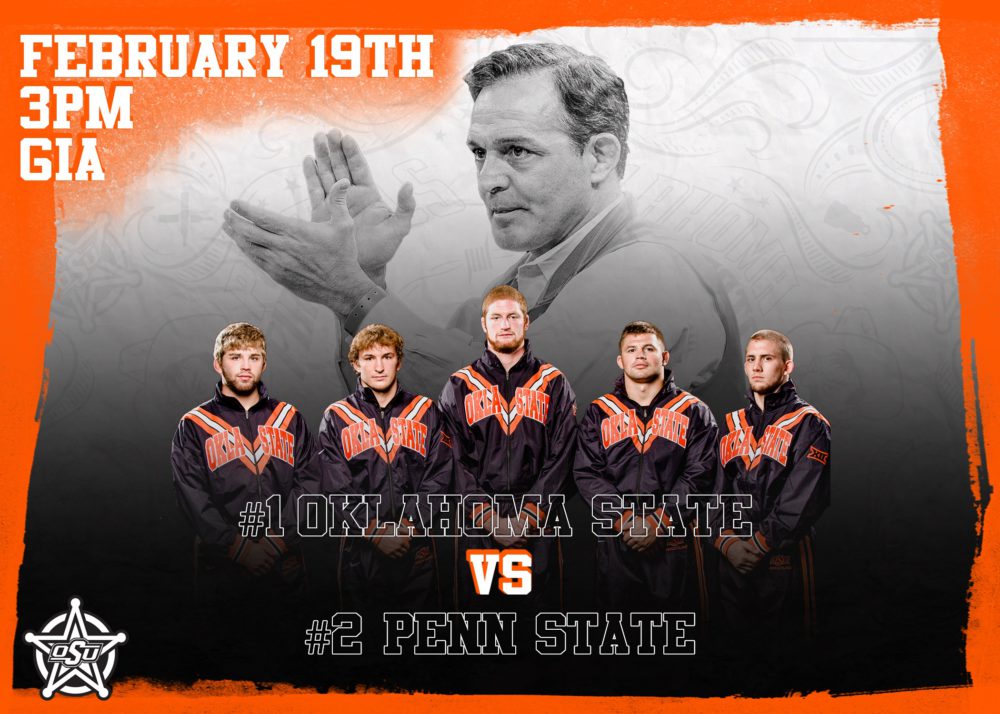 Coach John Smith had the cool demeanor of any other work week on Tuesday afternoon with his boots, jeans, flannel and vest on, and his hands in his pockets.

With the exception of the handful of extra reporters around him, nothing indicated that hosting No. 2 Penn State was particularly special. Smith said it’s business as usual for his No. 1-ranked Cowboys.

“I’m still in the mold that we gotta get better,” Smith said. “I control myself from the standpoint of knowing I got four or five guys who are not where I want. Really focusing on that, for me, is a good thing.

“I’ll start thinking about that dual meet about Thursday.”

He is likely the only one who will start so late. Senior Kyle Crutchmer is already excited to meet up with the national champions from a year ago in a dual where OSU is trying to set a new attendance record for wrestling.

The dual between the top two teams in the country is a post-regular season but pre-postseason matchup billed as a bowl game for wrestling. It feels more like the Super Bowl.

“This is the best thing that could happen for our sport,” Crutchmer said. “There will be a lot of viewers. Even if people haven’t seen wrestling or don’t know a lot about it, this will be a good one to watch.”

OSU faced the Nittany Lions last year in this same contest, the NWCA Bowl Series, but it was in State College, Pennsylvania, and three Cowboy starters were out.

“It’s been great sales, and it’s going fast,” Smith said. “Get your tickets.”

At the OSU men’s basketball team’s news conference Monday, coach Brad Underwood said he loves going to watch the Cowboy wrestlers, and football coach Mike Gundy clearly enjoys the spectacle. Smith said that’s the way it should be on a campus full of excellent coaches and athletes.

Crutchmer will be one of the headliners Sunday at 3 p.m. in GIA. He said this is what it’s all about.

“It’s gonna be a good dual,” Crutchmer said. “Just gonna try to put on a show.”