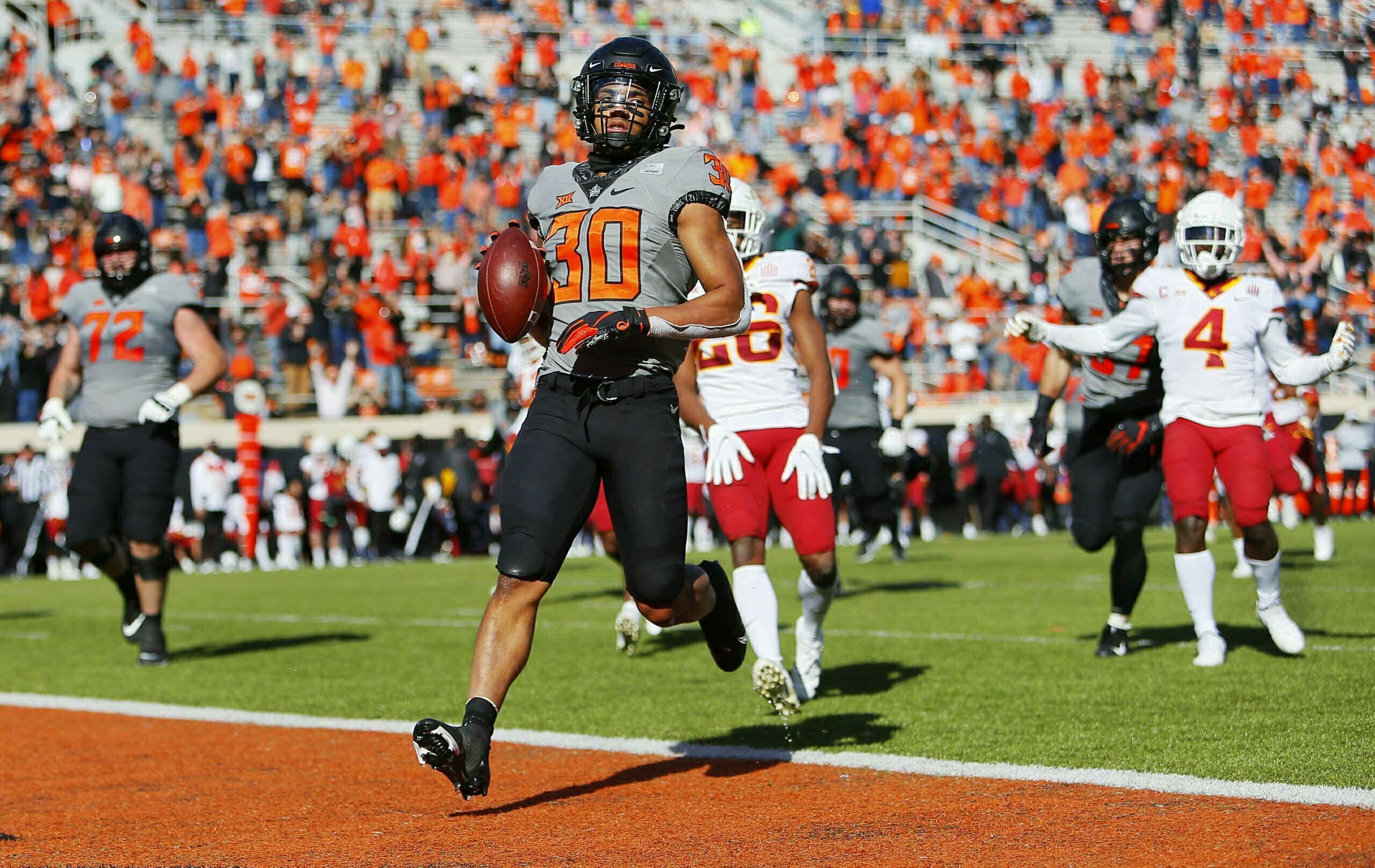 Oklahoma State held off a late push on Saturday by No. 17 Iowa State to move to 4-0 and into the driver’s seat on a road trip to Arlington.

Before we look forward to the Cowboys’ matchup against Texas, let’s take a look back at some of the biggest plays and key players from the Cowboys’ win.

Let’s start by handing out the game balls.

I’m going to skip over some of the obvious names like Spencer Sanders, Chuba Hubbard and Tylan Wallace, all of which could take the honor, and give it to the often unsung Cowboy Backs.

Sanders looked to Jelani Woods and Logan Carter several times and each time he did the TEs delivered. Combined six targets for six catches for 81 yards and a score. That type of production from that position will only open things up for OSU’s stars moving forward.

Junior safety Tre Sterling wasn’t the sexiest name on OSU’s buzzworthy D heading into the year with guys like Kolby Harvell-Peel and Trace Ford grabbing most of the headlines. But through four games, he’s grabbed most of the ball carriers.

Sterling’s nine total tackles against the Cyclones pushed him ahead of Malcolm Rodriguez for a team-leading 28 tackles through four games. His seven per game is T-3rd among Big 12 DBs.

But it was this late pass breakup that might be the play of the game.

It halted the Cyclones deep in their own territory and resulted in Iowa State’s fourth consecutive three-and-out.

There could be only one.

Tylan Wallace and ISU corner Anthony Johnson were going back and forth all game, but the two have some history.

In case you don’t remember, Johnson was the victim of a certain violent stiff arm last year in Ames.

But one could make the case that Johnson got the better of Tylan on Saturday, despite the end result.

Tylan was held to a pedestrian (for him) 76 yards, a season low. And Johnson’s big PI against Tylan was overturned after review not long before Tylan himself was flagged for an offensive pass interference and then a holding call of Johnson that called back a Spencer Sanders TD.

Both were fouls against Johnson and both were controversial, at least to the home crowd.

One could make that case… if Wallace didn’t just go on and make another GIF at Johnson’s expense.

It may not seem like it to Cowboys fans but Brock Purdy doesn’t actually throw that many interceptions. He just seems to throw them to OSU.

Purdy’s three-pick outing against OSU in Ames last year was the worst of his career. He only had nine all of last season. He didn’t throw three in Stillwater on Saturday but he did throw just his second in five games this year, and his since the season opener, a month and a half ago.

Which makes Kolby Harvell-Peel’s track down and grab all the more impressive.