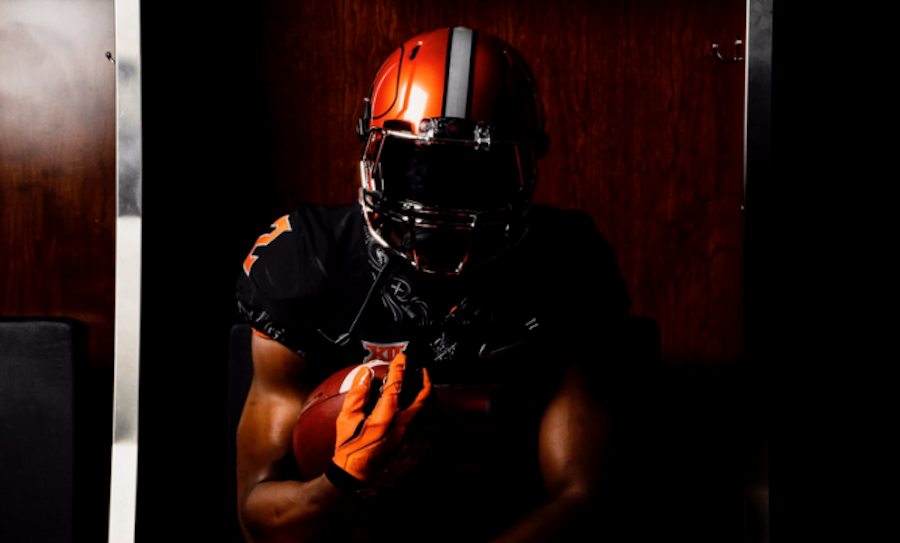 Oklahoma State’s second junior day of the year happened last weekend as players from near and far gathered in Stillwater to take in a tour, meet with coaches and get a feel for what life’s like in God’s country. In total, more than three dozen recruits made it to campus ranging from Class of 2021 to Class of 2023. Here’s a superlatives recap of the event.

First it was Bengals All-Pro receiver who had the name, then DeSoto standout-turned-OSU-standout AJ Green entered the limelight. Now, Tulsa Union running back AJ Green has next. Green is a 5-11, 190-pound running back/athlete in the 2021 class, and he’s already got offers from Baylor, OU, Nebraska, Arkansas, Oklahoma State and others.

It seems imminent at this point that OSU is going to land Bullock, a 6-foot-4 pro-style QB prospect. Bullock plays at City College of San Francisco and previously played at South Dakota State. He’s originally from Maitland, Florida. He’ll give OSU some needed depth at QB in 2020 and likely allow incoming 2020 QB Shane Illingworth the opportunity to redshirt.

He wasn’t a part of junior day, but Dee Anderson did visit Oklahoma State this week. Anderson is a 6-foot-5 receiver who is transferring from LSU and eligible to play immediately in 2020. With Pat McKaufman and CJ Moore both transferring, a big-bodied talent like Anderson could play right away in OSU’s system.

Class of 2021 offensive tackle Erick Cade was, best I can tell, literally the biggest recruit on campus this weekend. He’s a 6-foot-6, 313-pound prospect from Texas who has already drawn offers from OSU, LSU, Baylor, Texas, Arkansas and others. There were other similarly large folks — including offensive lineman Jacoby Jackson — but Cade takes the cake.

Cook is a Class of 2023 (!) athlete, but the youth didn’t stop him from earning an Oklahoma State offer over the weekend, making him one of only three early 2023 offers. Cook is a from DeSoto, where OSU’s had immense success recruiting in recent years. Now we only have to wait roughly 38 more years to see if Cook will join that long lineage of DeSoto-to-OSU stars.

Might mean nothing, probably means something: OSU offered Dunlap a scholarship last month, and it took him less than 30 days to get to campus. He’s a 2021 running back target from Texas with a reported 40-yard dash time of 4.63. He’s also one of eight current RB offers for OSU in the 2021 class.