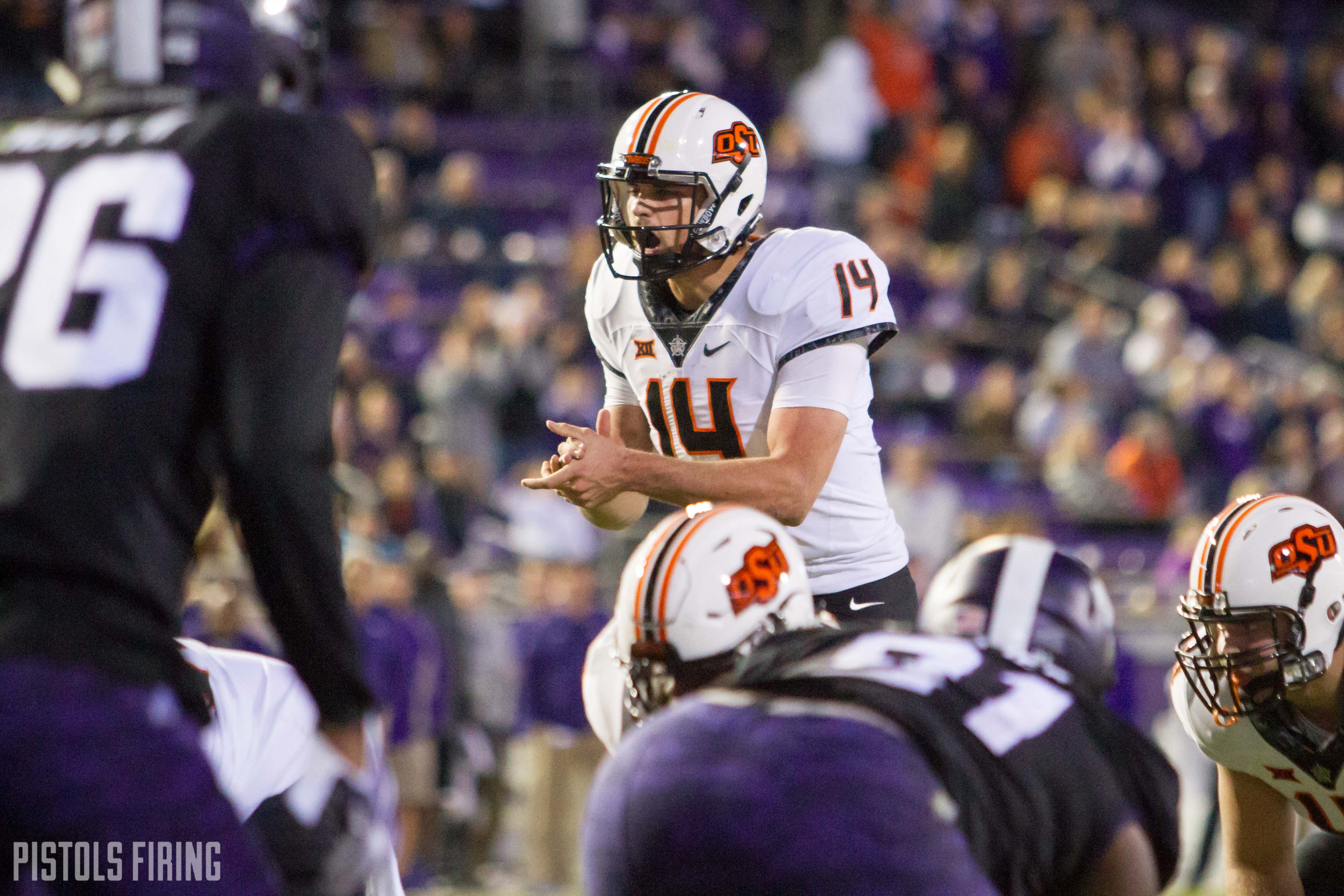 Not a lot went right for Taylor Cornelius on Saturday.

In Oklahoma State’s 31-24 loss against TCU, Cornelius threw for a season-low 181 yards, zero touchdowns and had a season-low 42.5 completion percentage. Cornelius had an admirable performance running the ball, finishing with a team-high 52 yards and two scores, but the Cowboys’ offense never could get it all figured out.

Cornelius and Biletnikoff finalist Tylan Wallace couldn’t connect on the one-on-one scenarios the pair usually get together on. Seemingly every time Cornelius had an open receiver, it was either a poor throw, or stuff like this happened.

Including the opening field goal, the Cowboys were forced into six three-and-outs, and in the play above, OSU’s drive ended poorly after one play.

As is true with most quarterback performances, Cornelius success often matched that of his team’s. Cornelius had three games this season where he completed less than 50 percent of his passes. The three games were arguably OSU’s worst: Texas Tech, Kansas State and TCU. Here are Cornelius’ passing lines in those games.

Cornelius targeted Wallace 11 times, but they connected only four times for 64 yards. Wallace will submit a Biletnikoff resume with 1,408 receiving yards and 11 touchdowns on 79 catches.