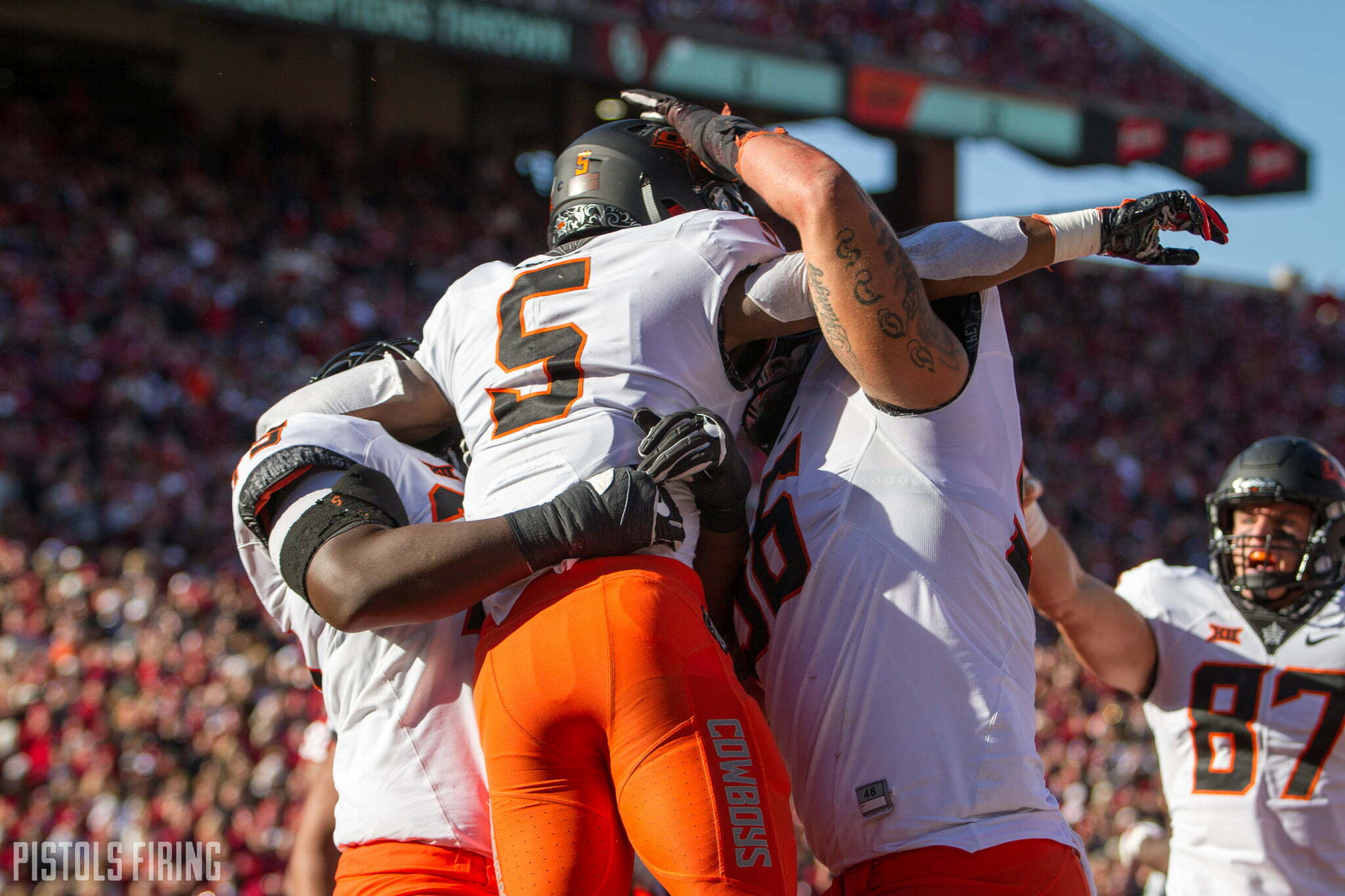 STILLWATER — A common denominator in players’ testimonies about Justice Hill at Tuesday’s media availability was some form of the word “proud.”

On Monday, it was announced Hill would miss Oklahoma State’s bowl game in preparation for the NFL Draft. Hill ends his college career seventh on OSU’s all-time rushing yards list.

Hill came to OSU as a three-star prospect from Booker T. Washington High School in Tulsa. A few hours after Hill’s announcement, another Booker T. alum announced he was also not coming back to OSU next season: defensive lineman Jordan Brailford. Hill came to OSU two seasons after Brailford, but Brailford spoke highly of his now former high school and college teammate.

“I always knew he was going pro,” Brailford said. “He’s had a fantastic career since he’s been here, so that was always expected.”

Hill’s fellow running back Chuba Hubbard said it’s a little odd without Hill and J.D. King, who is transferring from OSU to Georgia Southern. The group entered the year as a four-headed monster with LD Brown, but only Brown and Hubbard will be available for the last game of the season. Hubbard said it was fun to get on Hill’s nerves at practice whether late be shoving him or pulling his hair from the back of his helmet.

Hubbard said Hill’s announcement didn’t come as a shock to him, as Hubbard and Hill have talked about it. Hill’s absence leaves Hubbard as the Cowboys’ starter moving forward.

“I was just happy for him, to be honest,” Hubbard said. “He worked hard for it. I think everyone in this organization, player-wise, wants to go to the NFL, so for his dreams to come true, it’s awesome. I’m really happy for him. He’s worked hard. He’s my brother, so I’ll support him in everything he does.”

Brown snapped his fingers to show how quick it went from he, Hubbard, Hill and King to just Brown and Hubbard.

The four running backs were a close group. This video of King cleaning 405 pounds proves it. While the entire team is gathered around, Hill has a front-row seat behind King, and Hubbard is the first person to embrace King after the lift.

“We were the closest bond on the team, as well, us four,” Brown said. “We lift with each other and everything, and then you look up, and it’s like, ‘Dang, it’s just me and Chuba.’

“Don’t take nothing for granted, live in the moment because we were super close with them, and we still are. We’re still gonna talk. When J.D. moves on, when Justice moves on, we’ll still be able to talk. We’re in group messages. Never take it for granted is what I’d say because in a matter of minutes, it’s not there any more.”

Hill will get a new group of teammates in late April after the NFL Draft. Brown came in the same year as Hill, and he said whoever takes Hill is going to be happy with him.

“I’m proud of him,” Brown said. “I’m real proud of him. The sky is the limit for him. I wish him the best. He’s more than capable of doing great things. Whoever gets him is going to be really, really proud.”