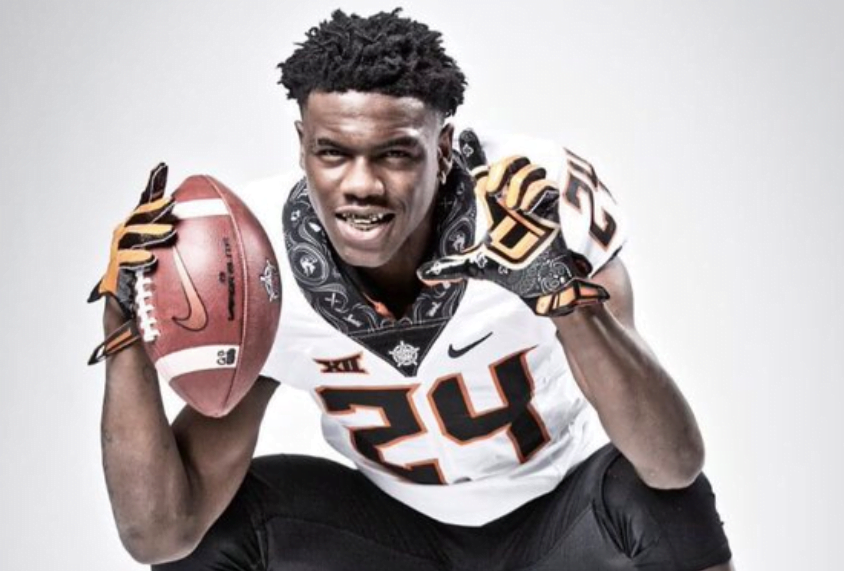 At midnight last night, as most of you were either sound asleep or riding off the high of a Thunder win, college football coaches across the country began dialing up high school juniors as the contact period officially began for Class of 2022 prospective college athletes.

It’s one of the many silly yet hilarious NCAA rules that makes for quite a scene: elderly men calling 17- and 18-year-olds at the strike of midnight for the sake of declaring — for the first time — that they are one of their top targets. It’s as cheesy and corny as it sounds.

Nonetheless, it is college football recruiting. And OSU participated like everyone else last night and into the early hours this morning. Here are 10 (of the many!) recruits I saw OSU contacted.

A Shreveport, Louisiana native, Beamon is the only recruit currently committed to OSU in the 2022 class. The 6-foot-1 cornerback remains steadfastly committed, too, despite offers and interest elsewhere. Wildly underrated talent from a talent-rich state.

Another prospect from the state of Louisiana, Keshlon Jackson is a recent target for the Pokes having picked up an offer just last week. At 6-foot and 170 pounds, he’s a speedy two-way player who can play receiver and corner.

OSU offered Brooks back in June and made him one of their early contacts last night, with the idea of potentially pairing he and Beamon as a 1-2 cornerback punch in the 2022 class. Brooks has offers from Florida, Kansas, Houston and nearly a dozen other programs.

OSU is already on the trail for Curlee after offering him earlier this spring. (No word yet on if Larry or Moe will be part of a package deal.) The Pokes are battling Arizona, Arkansas, Baylor and a handful of other major programs for his services. The Fort Worth native has a huge frame and plenty of room to grow into one of the most dynamic pass-rushers from Texas.

Only two programs have thus far offered Garland ball-carrier Jayshon Powers: Illinois State and Oklahoma State. He’s one of a half-dozen early targets at the position for OSU with five-star Raleek Brown, who I suspect OSU contacted at midnight as well, leading the way.

A Tulsa Edison product, McClellan picked up early interest — and an early offer — from the in-state Pokes. Now they’re vying for his services and battling Nebraska, K-State, Iowa State, Memphis and Ole Miss (for now). Suspect he’s a guy who drums up major national interest in the coming months. Versatile defensive lineman who can get after the quarterback and run-stuff with the best of them in the state.

Only four offers to date for Johnny Dickson, but here’s the four: OU, OSU, Texas A&M and Virginia Tech. (Translated: more offers are coming soon.) Huge opportunity for OSU to already be in the mix and be relaying the message that he is one of their top guys in the class.

A Lubbock, Texas native, Lateef hasn’t reported an OSU offer yet but seems to be in the mix for one because of his big frame, size and mobility. His biggest offers right now are Arizona State and Kansas.

After receiving an offer just last month, OSU made Crawford an early priority last night. And with good reason! He’s a multi-positional athletic freak who can fly all over the field. Listed as an “athlete,” he could be a monster at linebacker at the next level.

OSU’s efforts to make inroads in Colorado have mostly proven fruitless of late, but Jones — a Colorado native — represents that steady push into the state. He’s an offensive tackle with a 6-foot-6 frame who needs to add weight but has the upside to grow into a starter at tackle in time. OSU hasn’t offered just yet, but Colorado State and New Mexico have, and a number of other programs are giving him looks.