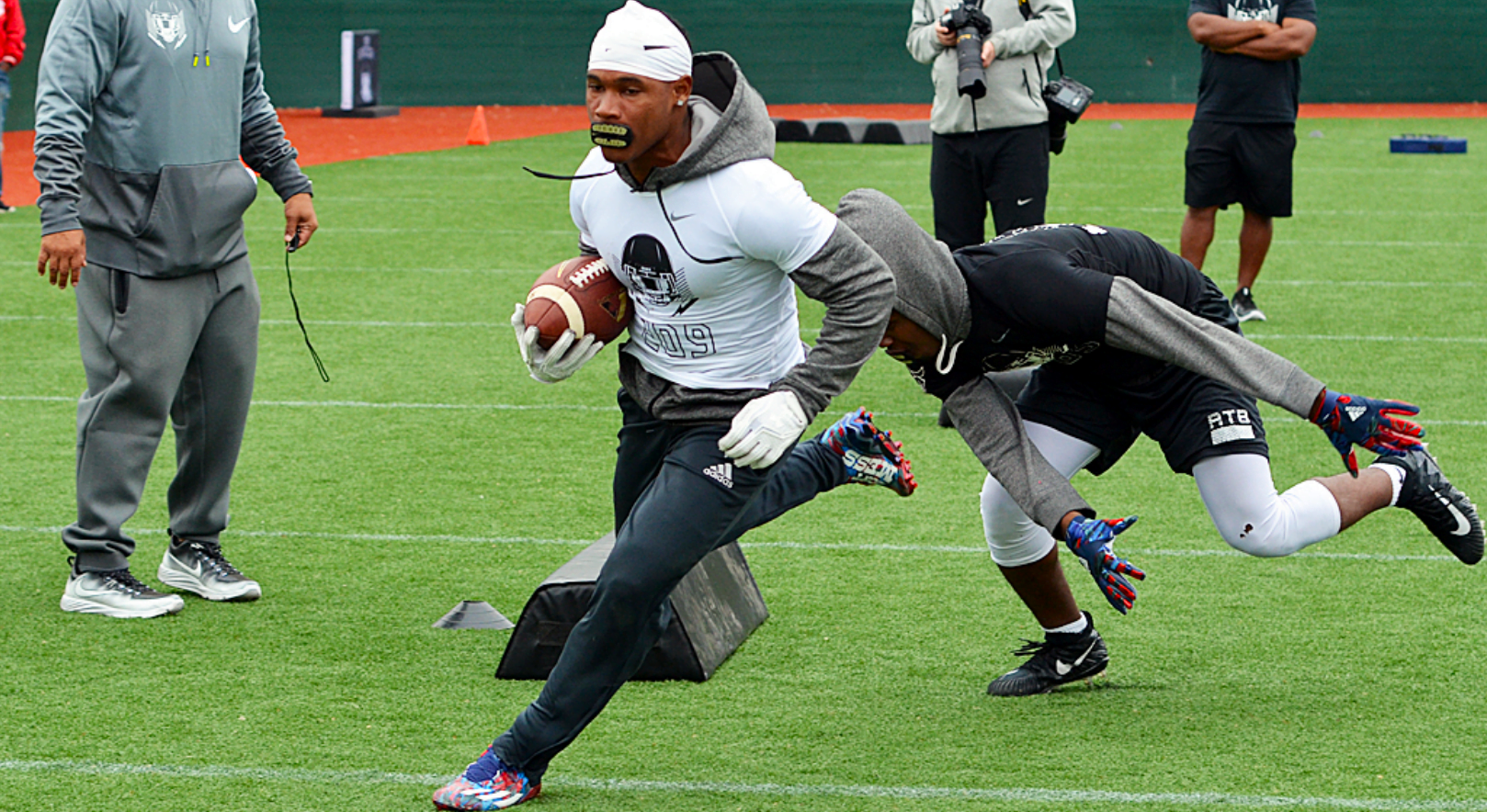 Lamar High School running back Ta’Zhawn Henry dropped his list of top 12 schools on Sunday, naming Oklahoma State among those in consideration. He also has Illinois, Oregon State, Washington, Colorado, Baylor, Iowa State, Houston, Texas A&M, Clemson, Texas and Utah in his top schools. The 3-star recruit listed at 5-foot-7 and 157 pounds is an upcoming senior and part of the 2018 recruiting class.

At this point, it is unclear if Oklahoma State has extended a scholarship offer. He does not have listed offers from Clemson, Texas, OSU or Washington, according to his recruiting profile.

Henry reminds me a lot of 2017 star Eno Benjamin, another Oklahoma State recruit who opted to sign with Arizona State. He’s a diminutive football player but has a strong, sturdy base and he’s an absolute speedster out of the backfield. He makes decisive cuts in the open field, he’s a freak leaper like Ezekiel Elliott, and his vision is very solid. He’s a stud that will hold an OSU offer before it’s said and done if he doesn’t already.