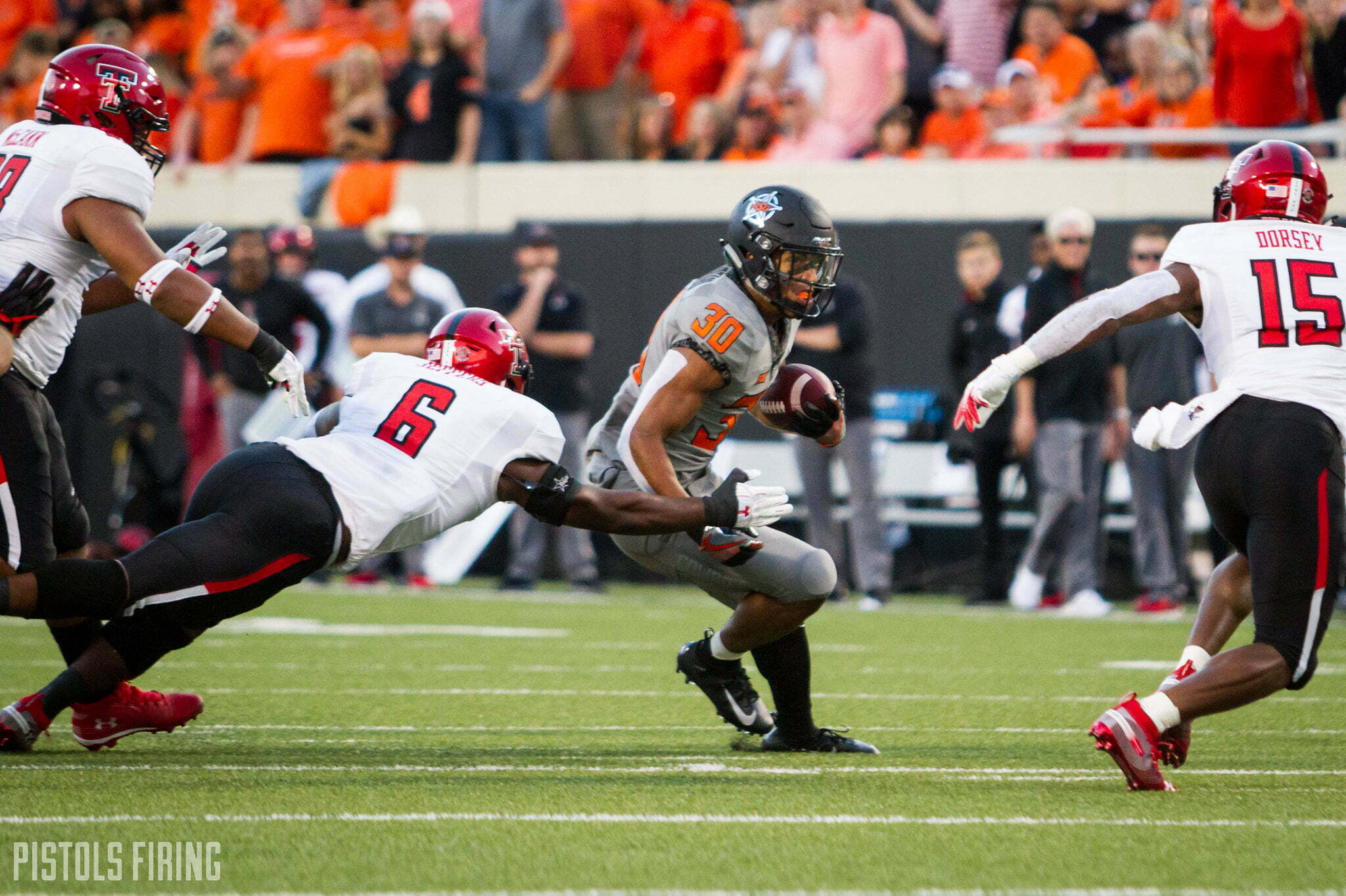 Those six schools represent the six opponents Oklahoma State lost to in 2018. Saturday, the Cowboys avenged the loss against Kansas State, and this weekend OSU will get a chance to scratch another off the list in Lubbock.

“To lose to that many teams and lose to teams who we’ve never lost to coming off a big win, it’s kinda humiliating,” Mike Scott said Tuesday. “We want to come back and really show that we are the better team. We beat almost every ranked team, besides OU, last year, and we lost to every unranked team. That’s not something we want to live off of. We can’t be happy about that at all because we know we’re so much better than that.

“To come into this year and stand up to the test against these guys to show that we are the better team, that’s what we really want to do. I believe that’s what we’re gonna accomplish.”

OSU’s season last year was inexplicable. The Cowboys beat ranked foes Boise State, Texas and West Virginia. They were a two-point conversion away from making things quite interesting in Norman. But against the K-State’s, Texas Tech’s and Baylor’s of the world, nothing.

Starting last weekend against Kansas State, OSU is on a five-game stretch against teams it lost to in 2018. At this point in the year, the Cowboys would be favorites in most if not all of those games.

“It’s kind of in the back of all of our minds because we see the shirt every day,” Tre Sterling said. “It’s in our rooms, hanging up in our closets, so we see it every day. But it’s not necessarily something we’re seeking out, trying to beat these teams. It’s more like we’re going to go into every game with the same mindset. It’s a team we have to beat no matter if we beat them last year or if we beat them this year.”

Last season the OSU offense played particularly poorly against Kansas State and Texas Tech. The Cowboys didn’t surpass 20 points in either of those games.

Before last season, OSU had beaten Tech nine straight times. That has obviously been reset, but the Pokes will look to start a new streak this weekend.

“Obviously we remember it very well,” Dillon Stoner said. “It’s something that just makes you want to do the little things even more. So, we’re gonna do that, and we’re going to go into Lubbock ready to play.”