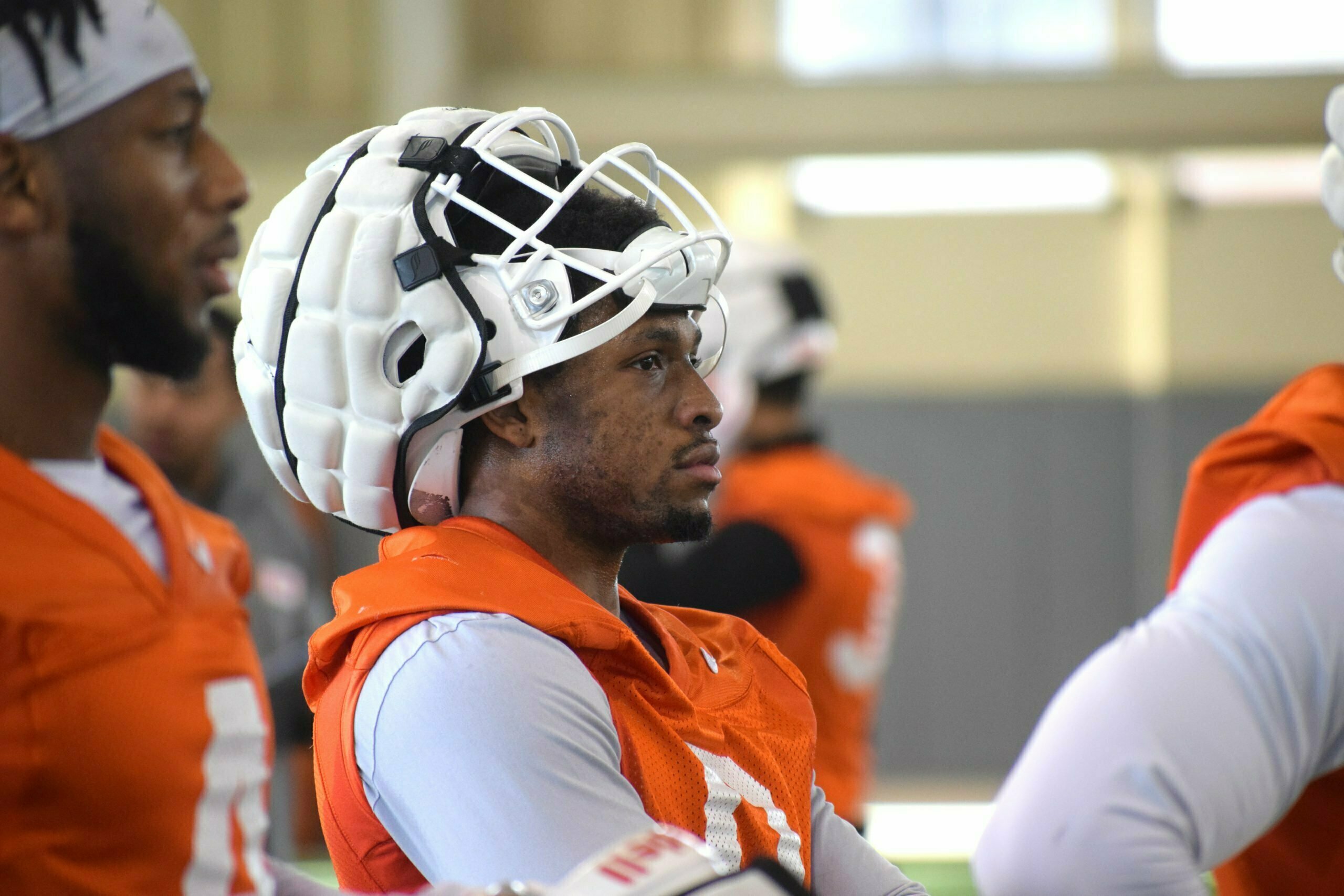 While he has plenty of unproven options when it comes to replacing his top wide receiver, Dunn’s running back candidates are proven commodities, thanks in large part to the unfortunate events of 2020.

LD Brown is back for an extra year thanks to the NCAA’s COVID-19 waiver, and he boasts everything you could want from potential incumbent. He is experienced in the system, he is a proven playmaker and he has that one thing you can’t teach.

“That’s a position that we’re pretty deep at right now,” said Gundy. “We’ve got quite a bit of experience at that position. LD, we tested last week and he ran 4.37 or 4.39, so he’s rolling pretty good.

“Lot of experience, been here a long time. Can’t ever replace experience, in my opinion, so it’s good to have him back.”

Dunn warned that they can’t ride the 5-foot-9 Brown like they did Hubbard, who carried the ball over 300 times his sophomore season and nearly 600 times in two and a half seasons. Even the bigger-framed Canadian speedster had his 2020 season cut short because of injury.

Some of those other guys are “pretty dang good too,” says Dunn. And a pair of them got to see the field last year, because of unfortunate injuries to both Chuba and LD.

Junior college transfer Dezmon Jackson finally got healthy enough to show what he can bring to the table last season, amassing 547 yards and four scores (most of those came in two games). And Dominic Richardson broke out with 169 yards and three TDs against Baylor, proving that he is a viable option to tote the rock.

“Obviously, Dominic’s looking good, and Dez is kicking ass too,” said Dunn. “I really like all four of those backs. Dez just makes all the right decisions in the backfield, and it’s a pretty good 1-2 punch between Dez and LD because Dez is just straightforward, slash through the hole and LD can go the distance so it’s kind of a fun mix. So it’s a matter of just timing it up for those guys on touches.”

Dunn also listed Jaylen Warren, the Utah State transfer, as someone who’s looked good so far. All will get a chance to compete.

“Fortunately, we have a number of guys that can take some of the load away from him [Brown] because, as you know, those guys get beat up at all levels,” said Gundy. “… That position takes a beating. Hopefully we can keep those guys healthy and not have to take as many hits.”

That’s what it’s going to take post-Chuba, a rush-by-committee approach. If there is a silver lining to the interruptions and injuries the Cowboys battled with last season, it’s that they’re much be better-equipped to replace their superstar tailback than they probably would have been.