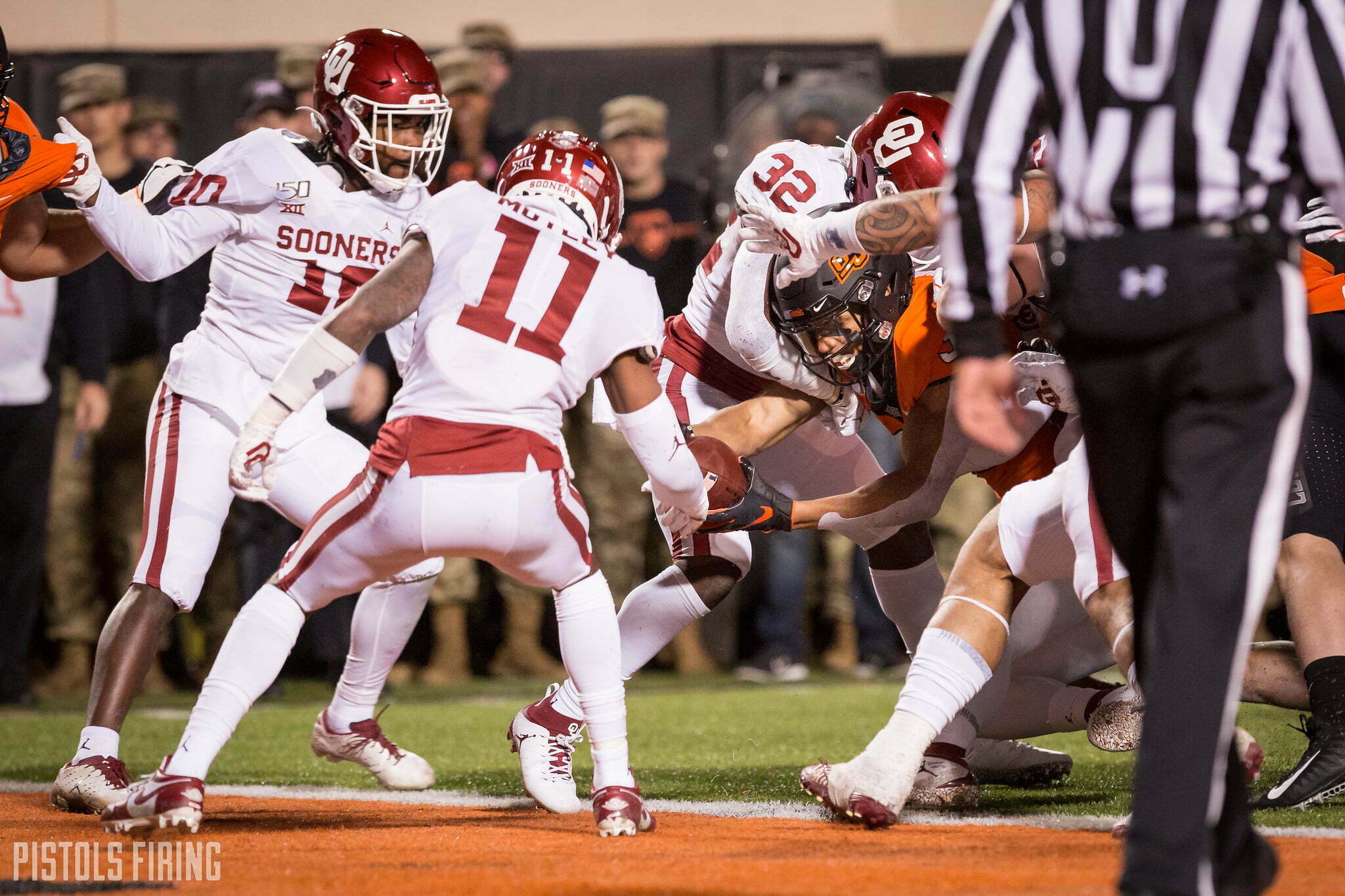 I thoroughly enjoyed Berry Tramel’s recent traipse into what-if territory as he explored what would have happened to OSU hoops if Eddie Sutton hadn’t been hired and what if Mike Gundy had gone to OU. Another one he did was about Oklahoma State and the Missouri Valley Conference.

What we now know as the Big 12 originated with Missouri, Nebraska, Washington University (St. Louis), Kansas State, Iowa, Drake and Iowa State in the early 1900s and was called the Missouri Valley Conference.

Oklahoma State wouldn’t join the Missouri Valley until 1925. From 1915-1925 it was part of the Southwest Conference along with Southwestern, OU, Arkansas, Baylor, Rice, Texas, Texas A&M, SMU, Phillips (!) and TCU.

This is where Tramel picks up the story.

A 1926 flap in the Missouri Valley led to six schools leaving the conference to form what became known as the Big Six. Oklahoma A&M, which in 1957 would be renamed Oklahoma State, was not invited to come along with Oklahoma, Nebraska, Iowa State, Missouri, Kansas State and Kansas.

For 30 years, prominent Cowboys like president Henry Bennett and athletic director Henry Iba worked to get A&M back into a conference with the schools most similar in size and mission and geography. It finally happened on June 1, 1957.

“We had to get in or die,” Iba told The Oklahoman in 1987. “If we hadn’t made that move, I don’t know what would have happened to Oklahoma State. I don’t think we could have made it in athletics if we hadn’t gotten into the Big Eight. The Missouri Valley was fine, but we wanted to be associated with schools like ours.” [NewsOK]

OSU eventually did get in (obviously) and the Big Six went on to become the Big Eight and now the Big 12 (with 10 teams).

The University of Oklahoma and St. Louis University were turned down in their request for admittance to the Missouri Valley Conference at the annual spring meeting of the conference yesterday at Ames, Iowa. Both schools failed to measure up to conference standards in management of athletics. [Lawrence Journal-World]

Full control of athletics by the faculty of the school is necessary in the Valley and neither [have] their schools organized in this way. … The failure to admit Oklahoma was a surprise to many followers of athletics in the valley because it was understood that the southern member would be admitted with little contest. [Lawrence Journal-World]

You really do hate to see it!

Again, this was a conference with Drake (!) and Washington (not the one in the state of Washington, the one in St. Louis) in it!

I am dying. I’m also ignoring the fact that OU got in five years before Oklahoma State got in (we don’t need to let details get in the way of poking fun at OU).

We’ve come a long way in 100 years, yeah? OU is no longer contending with the Drakes of the world, and Oklahoma State isn’t trying to figure out how to wriggle its way into the same conference as OU.

Well … not this year anyway.