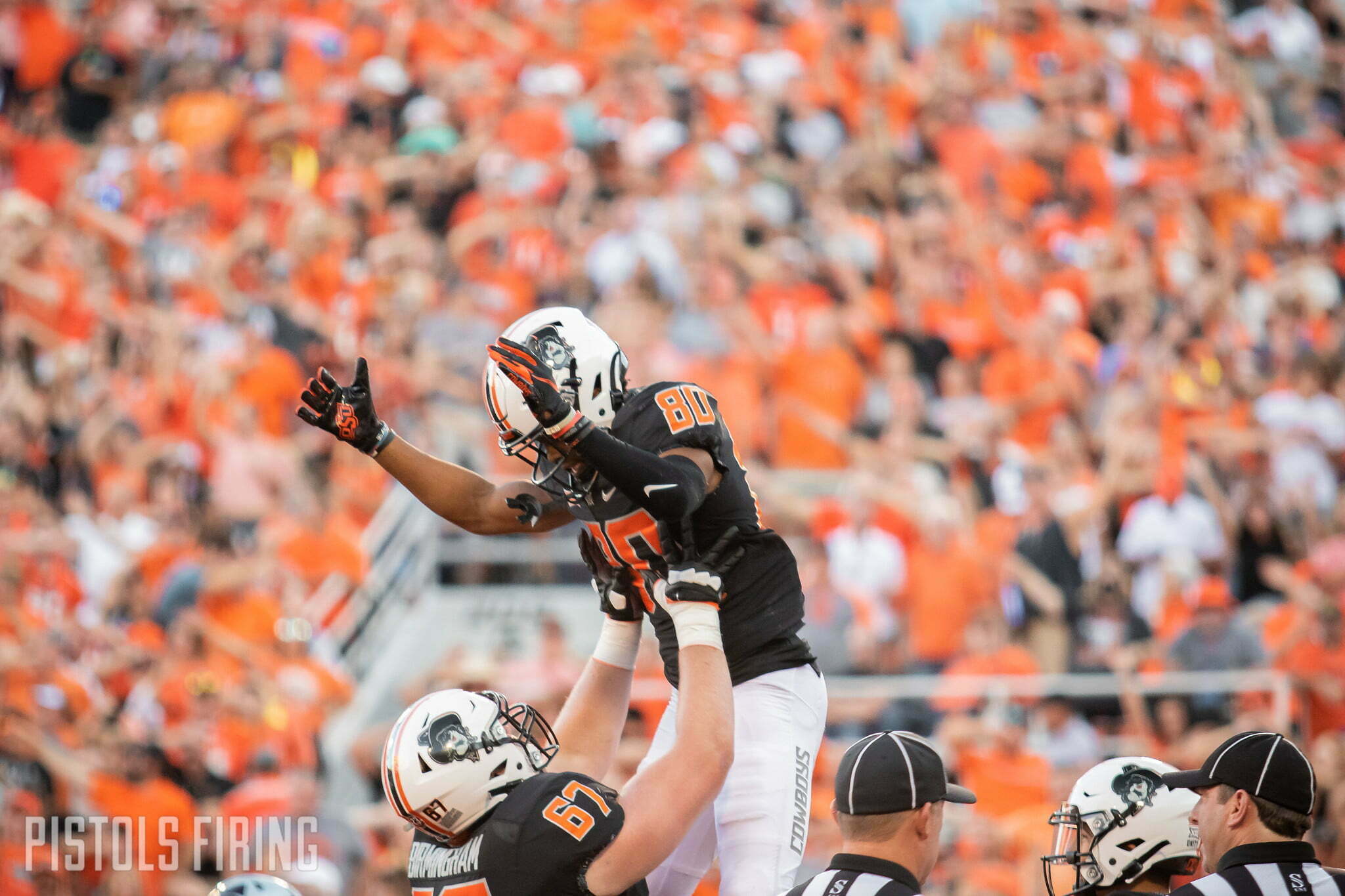 The Cowboys looked like their old selves against Kansas State. That is, they fielded an offensive capable of sustaining drives for at least two quarters. OSU’s defense kept the Wildcats under wraps in the second half, and the Pokes crawled to their most comfortable victory of the young season.

It wasn’t all pretty, but the Pokes are 1-0 in conference play. Here is the best and the worst from the Cowboys’ 31-20 win.

Presley found pay dirt for the first time this season on a 20-yard catch and carry.

But what was most impressive was Presley’s ability to fight through contact and then use a defender’s body to insulate him from the turf long enough to roll into the promised land.

The last time Kansas State won in Stillwater (the only time this century) was in 2017. In that game Byron Pringle returned an OSU kickoff for a touchdown. Early on Saturday, Malik Knowles did the same thing by eluding at least three Cowboys who were within arm’s reach of him, housing a 99-yard return.

Worst Idea: Knowles Trying to Make it Two in a Row

On the very next kickoff, the speedy Wildcat receiver tried to recapture lightning in a bottle and attempted a return out of the end zone. Only this time Dominic Richardson was there and Knowles was buried at the 7-yard line which directly led to an OSU defensive score.

So when he fielded a later kickoff in the end zone, OSU fans jeered and taunted Knowles to give it another try. He chose instead to take a knee.

For as electric as Presley is, the Cowboys need their big playmaker on the outside and they got him back on Saturday.

Martin caught nine of his 12 targets for 100 yards and a score, and seven of those catches moved the chains.

But more than that, he’s the type of big-play threat on the outside that keeps defenses honest.

“Tay Martin is a threat,” said Mike Gundy after the game. “We have young players at receiver out there and the other teams challenge ’em. Tay Martin is ready for that. He’s a threat out there. Most of the time they kept two people around him, which allowed us to run the football.”

While playing essentially just two games — he was on the field for just two snaps against Tulsa — Martin is the Cowboys’ leading receiver. He’s currently fourth in the Big 12 with 69 yards per game.

Early on it appeared like Kansas State was specifically targeting Jarrick Bernard-Converse, and that was a mistake. Bernard-Converse tallied three huge pass breakups, all on would-be big plays near the goal line. He graded out as the second-highest Cowboy defender per Pro Football Focus with a 90.6. He was targeted eight times but only allowed three catches and only five yards after contact. Through Week 4, he grades out T26th among all cornerbacks in the nation, according to PFF.