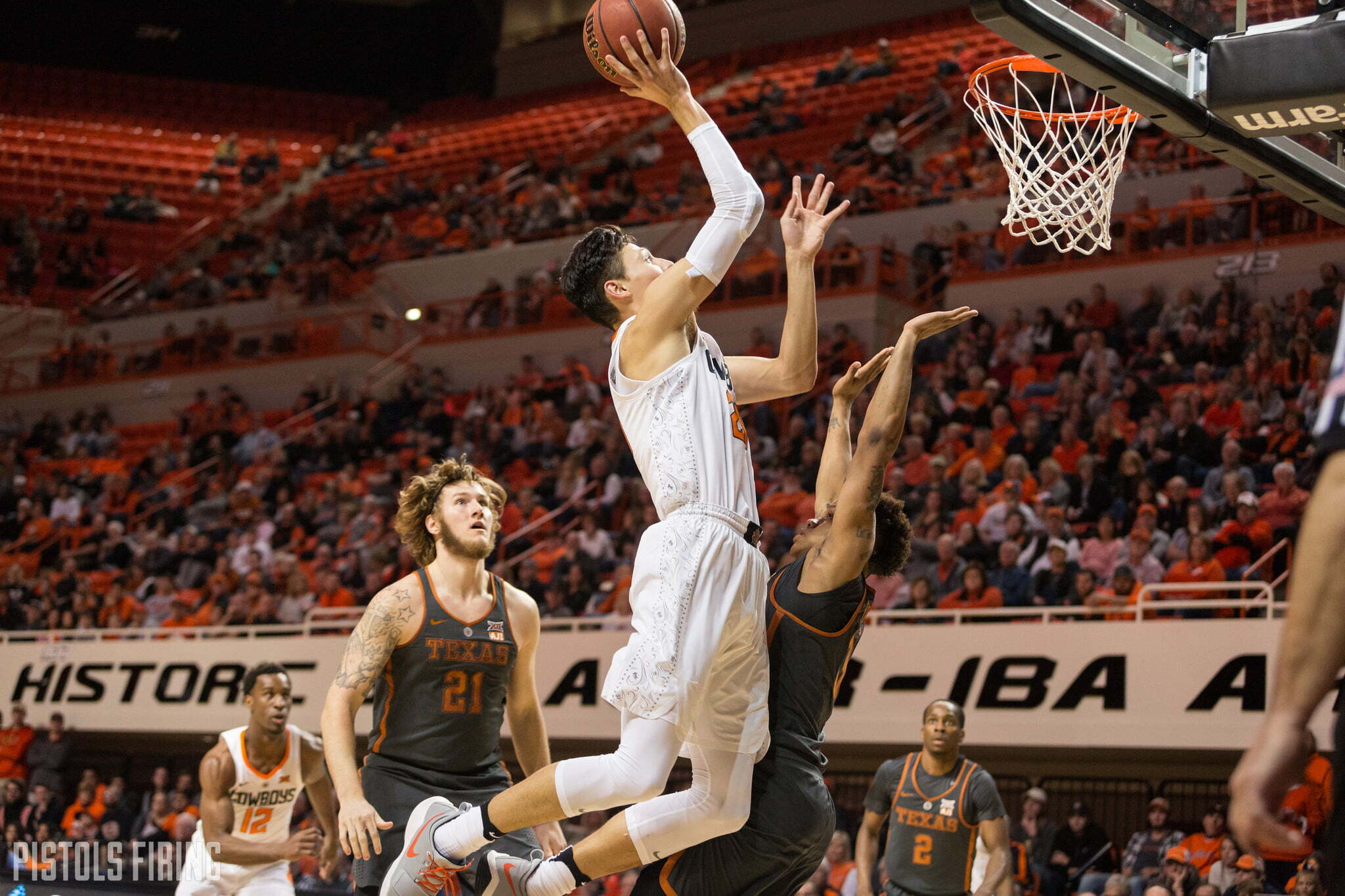 OSU heads to Waco this evening to play Baylor in their sixth Big 12 tilt of the season. And they do so on the heels of a dramatic last-second victory over Texas in which they took a season-low 10 3-pointers.

To be clear, OSU is not a good 3-point shooting team. They are 278th in the country and 7th in Big 12-only games preceding the Monday evening contests.

I think there’s a real case to be made that everyone not named “Dizzy” should completely rein in their 3-point attempts. Nobody else is shooting better than 35 percent (Dizzy is at 40 percent), and yet this OSU team was, as of last week, on pace to set the all-time school record for 3-pointers taken per game.

Clearly, Mike Boynton got his point across after the Kansas State game in which his team took too many 3-pointers early. As one reader pointed out, OSU is at its best when it’s pressuring on defense and creating transition basketball. Not settling for 3-pointers on elongated half-court possessions.

I noted this last week, but this OSU team isn’t taking enough shots at the rim. Right now, 33 percent of its shots are taking place at the rim, compared to 40 percent last year. And 39 percent are coming from 3-point range, compared to 36 percent last year. In other words, OSU’s percentage of 3-point shots taken on offense is going up after losing the best 3-point shooter in school history. Not sure if that’s what you’re going for.

The final play against Texas was a microcosm of this choice. It’s one play, but it was clear that Mike Boynton wanted Carroll to attack the rim.

“We got what we wanted,” said Boynton. “We wanted to get Jeff an opportunity to drive and tried to space the floor a little bit to move (Mohamed) Bamba out of the paint. He was still in there, but (Carroll’s) drive was so aggressive that it caused some confusion. Then Yankuba (Sima) comes up with a big offensive rebound because Bamba went to try and alter his shot.”

One thing that Boynton mentioned that OSU can do now with Sima is clean up the offensive glass. It’s much easier for somebody like him to get a put-back on a missed four-footer than a missed 30-footer. OSU hasn’t had that luxury in the past.

Lastly, OSU is No. 7 in the country in free throw percentage but No. 168 in percentage of their points scored at the free throw line. The Cowboys should be ambitious about trying to get to the charity stripe in any way they can and one of those, certainly, is by shooting fewer 3-pointers.

Dizzy, you have a green light, though. All day.

And maybe Carroll, too.