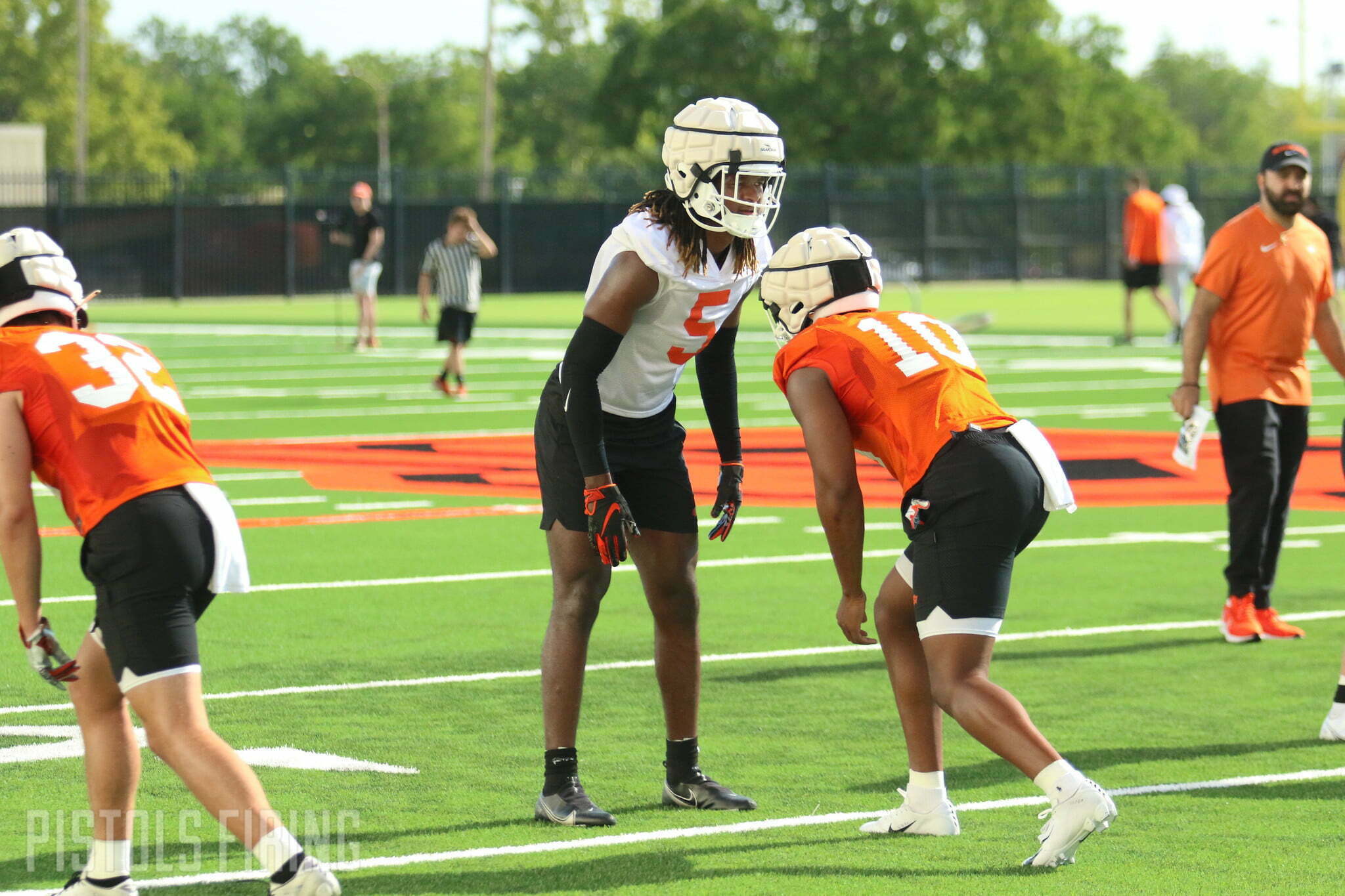 STILLWATER — The seventh-highest rated signee in Oklahoma State’s history, Kendal Daniels, is set to make an impact in his redshirt freshman season.

Daniels, a safety, got to dip his toes into the college football waters last season behind a highly experienced secondary. But with Kolby Harvell-Peel, Tanner McCalister and Tre Sterling gone, there is a void in the back end of the Pokes’ defense that Daniels’ massive 6-foot-4, 205-pound frame ought to fit into nicely into.

He was the No. 101 recruit in the 2021 recruiting class. From Beggs, USA, Daniels initially signed with Texas A&M before getting out of that letter of intent and staying in his home state. The Cowboys haven’t signed a high school player ranked as high in his recruiting class (in the 247Sports composite rankings) since Herschel Sims, the No. 61 player in the 2011 class.

“It was hard at the beginning of it,” Daniels said. “Then through it, I was like, ‘I probably need this just to grow as a football player. I know I’m not ready to be a college football player.’ But now I feel like I’m more than ready.

“Fall camp is a little bit different now, knowing you have some motivation,” he continued. “Last year, it was kinda just like, ‘Gotta get up, gotta do this.’ Now, it’s more motivation.”

The first thing that stands out about Daniels is his size. At a rangy 6-foot-4, Daniels is the tallest safety on the Cowboys’ roster by 3 inches.

Among NFL Combine participant safeties this past draft, only Notre Dame’s Kyle Hamilton was as tall as Daniels is. And Hamilton scored highest among those safeties before the Baltimore Ravens took him with the No. 14 pick.

“His body is what I’m guessing the NFL would dream of for a safety, but he’s inexperienced,” OSU coach Mike Gundy said. “But he’s been tough, he’s got some natural skills that we can’t coach and he’s got a body.”

It’ll be a task for the Cowboys to replace the longstanding production of last season’s safeties. Aside from Jason Taylor, new regular starters will have to slot in everywhere in the secondary. But a pedigree like Daniels’ is a good place to start.

“The ceiling is high,” OSU defensive coordinator Derek Mason said. “I don’t know how good he can be. I’ve had a number of guys go play in the NFL, and that’s great. Do I think he has NFL talent? Yes. But right now, all I’m trying to do is just make sure he can get 1% better.