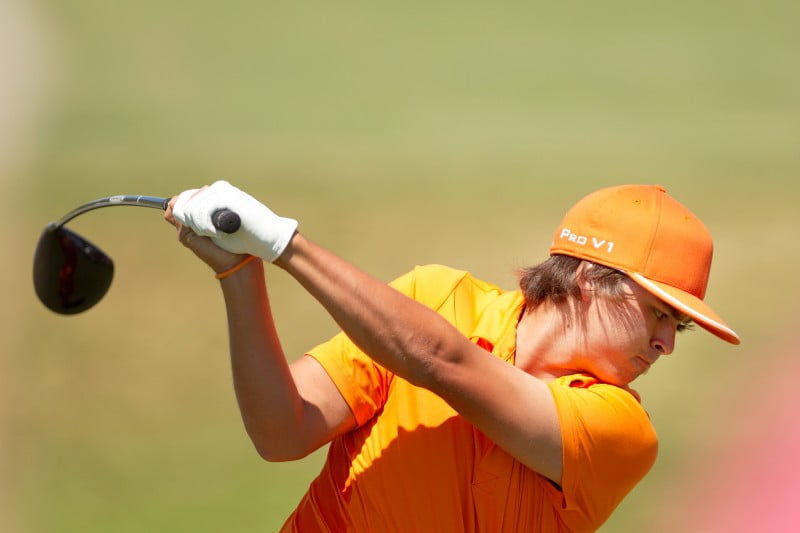 Since Rickie Fowler turned pro in September 2009, his PGA Tour career has been an orange cacophony of hype, hysteria, and boy-wonder strokes that leave you speechless.

His game, however, has been uneven.

Take a look at his first year and a half on tour. The gray boxes represent his first two majors as a pro (the Open and the PGA). The 100s are missed cuts (because I didn’t know how to represent MCs on a graph so I just made them 100-place finishes). In other words on this graph, as it is with golf, lower is better. 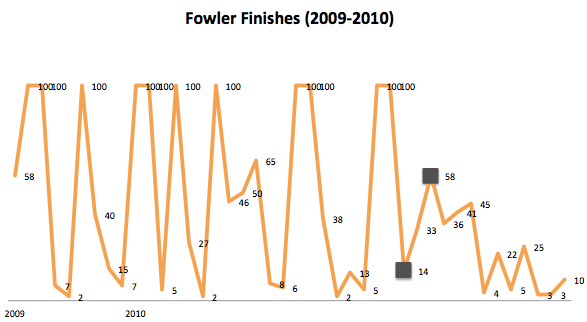 Mostly what you would expect from a prodigious talent not yet used to the torturous traveling schedule, emotional ups and downs of playing on TV every week, and general grind of the PGA.

Then right after the Ryder Cup in October 2010, something shifted. He finished in the top 10 in five of his last seven events (even though a few of those weren’t official PGA events). He settled down. It was apparent the youngster was finding his way.

Instead he looked as inconsistent as when he first turned pro… 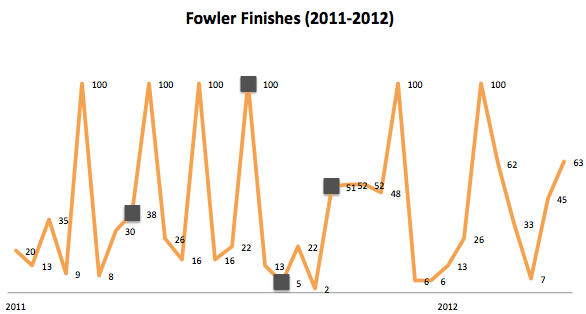 The regression was evidenced no more clearly than when he missed the cut during Rory’s coronation at Congressional. He bounced back to finish 5th at the Open and 2nd at the Bridgestone, but that’s as close as he would get to a win the rest of the year.

He freely admits that his game isn’t good at times but he hasn’t been terrible in 2012 either.

And others have bloomed later in their careers, but at some point the “he hasn’t won a tournament yet” thing becomes a noose and it starts to tighten.

At some point he has to not be Anna Kournikova 2.0